A sporting story that has gripped Germany in a much broader sense, the shock-waves of Mesut Ozil's surprise retirement from the German national team amid claims that he had been the target of racial discrimination are still being felt. Speaking to a gathering of journalists at Bayern Munich's pre-season training camp, Thomas Muller, a former international teammate of Ozil's, is of the belief that the Arsenal man's claims are not reflective of a story that the media has sought to sensationalise.

Not going so far as to echo the claims of Bayern's president Uli Hoeness that Ozil had been "shit for years," and had done German football a favour in stepping away from a team he had no part playing in, Thomas Muller did share Hoeness' opinion on the matter of whether or not racism is an issue at this elite level of German football.

Speaking at Bayern's pre-season camp, the 2014 World Cup winner attempted to brush away the concerns Ozil publicly shared; "Racism in our national squad is absolutely out of the question." 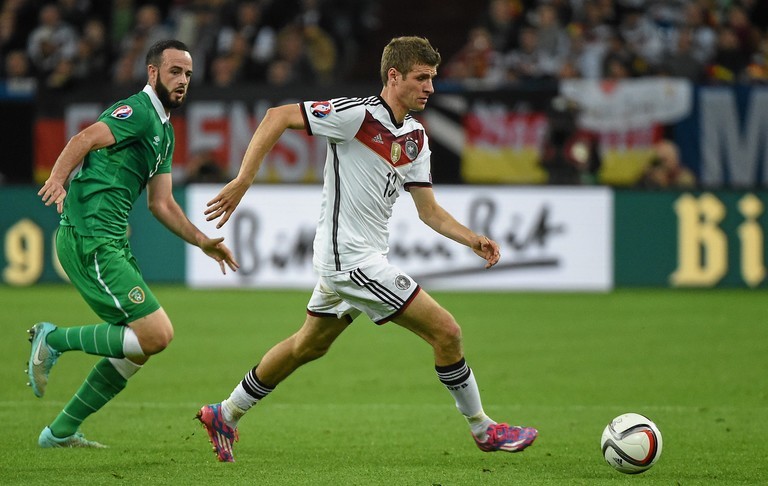 Accusing both sides of being 'guilty' of fueling this unnecessary debate, Muller was adamant, however, that the 'hypocritical' handling of the event by the media had blown the situation out of all proportion:

I think the German FA (DFB) wanted to put an end to this topic. But naturally the media kept probing about it.

The topic has been blown out of proportion and now we are left with a mess. In order to generate 'clicks' and raise sales this topic apparently still remains relevant.

This topic has never been important for the players. On the other side, the media keeps confronting us with it.

An unusually vague assessment of the 'topic', Muller refrained from acknowledging the clear and lengthy accusations Ozil leveled at the DFB. Furthermore, it is perhaps somewhat strange that the Bayern Munich man has targeted the media for 'blowing out of proportion' a story that has very little precedence.

You can watch the entirety of this interview with Thomas Muller here.