The Women's World Cup kicks off in France this weekend and it's sure to be a hugely entertaining tournament. For the first time the World Cup will be covered live on Irish TV with TG4 and RTE showing games.  Here's your bluffer's guide on the storylines to look out for:

1) Can America defend its title? 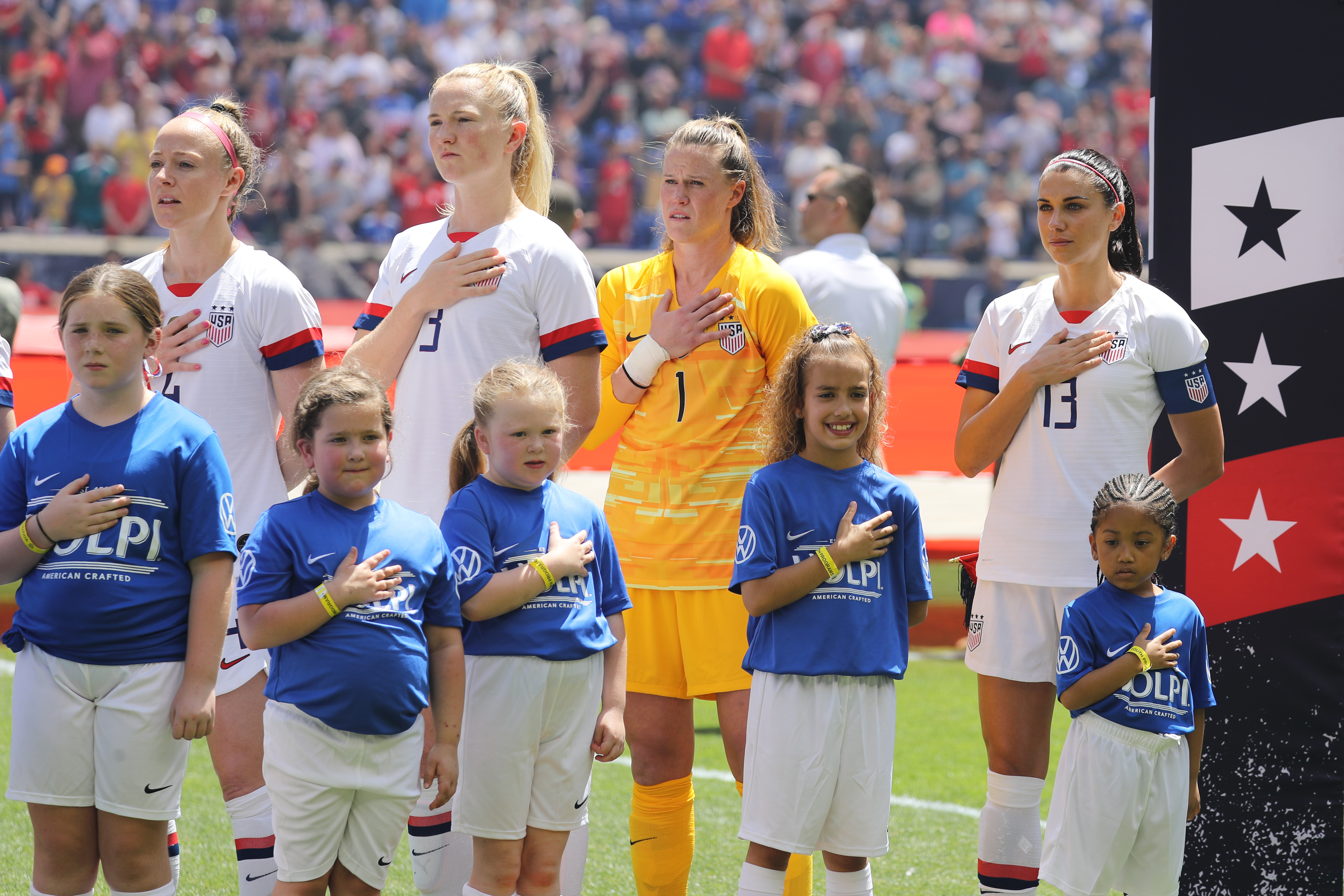 When most football fans think of women's football, they think of the US national team.  The Americans won the first World Cup in 1991, won again in 1999 and have never finished lower than 3rd place. In the 2015 final they thumped Japan 5-2.  They were beaten by Sweden on penalties in the 2016 Olympics as they sought for their 4th straight gold medal. The 2019 Cup may well be the last for a number of American legends. Their forward trio of Carli Lloyd, Megan Rapinoe and Alex Morgan have nearly 500 caps and 250 goals between them. They'll want to go out as Champions.

2) Can France finally win something on the international stage?

On the European club scene French football, through Lyon, is dominant. The national team is ranked 4th in the world and for many years was ranked 3rd.  it has yet to each a major final. It was 4th at the 2011 World Cup and the 2012 Olympics but hasn't got past the quarter finals in any of the 4 major competition since (losing on penalties twice).  Backed by a raucous home crowd France is seeded to meet the USA in the quarter finals this time out. They are the bookmaker's favourites. 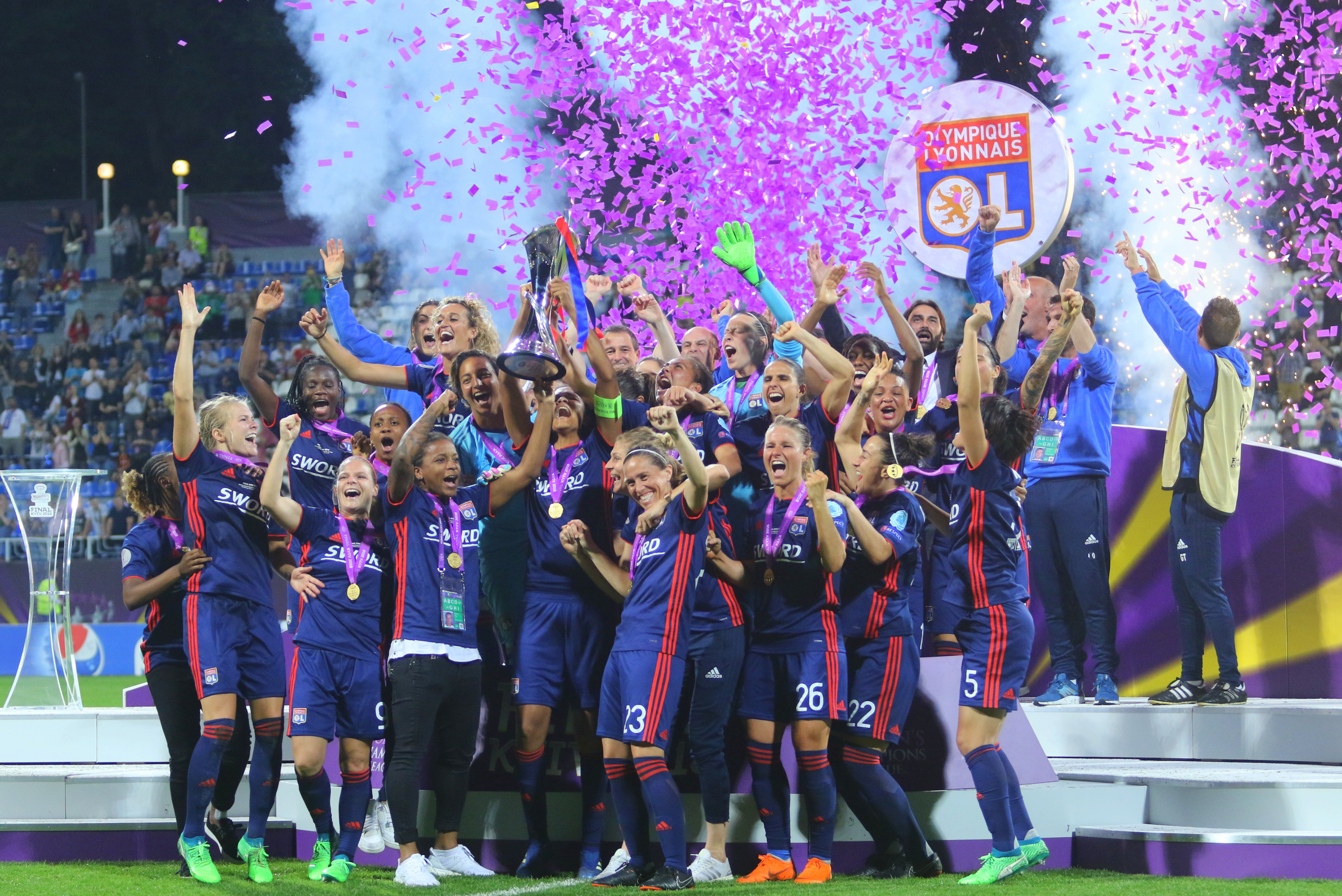 3) Will Germany re-establish themselves as Europe's number one?

Germany are the reigning Olympic Champions,  won the World Cup in 2003 & 2007 and won 6 consecutive European Championships up to 2017 where they were stunned by Denmark in the quarter finals. Germany retained many of their Olympic champions in the but have only 3 players over 30 and a number of teenagers in their ranks too. They expect to be in the final (at least) even with their manager Martina Voss-Tecklenburg only in the job a number of months.

4) Can England continue their rise?

England only qualified for one of the first four World Cups and missed most of the European Championships in the 1990s too. For the past 15 years or so the FA has treated women's football seriously and the English team continues to improve on the international stage.  After quart final   and appearances in 200, they were third last time out. They were beaten by hosts and eventual winners Netherlands in the 2017 Euros. This year they won the prestigious She Believes Cup ahead of the US, Japan and Brazil.  Led by Barcelona's Toni Duggan, England can win this tournament.

5) Three finals in a row for Japan?

Japan is a powerhouse nation in women's football. World Champions in 2011 , they were runners up in 2015 (and in the 2012 Olympics).  They're in the same group as England and their game is sure to be the best tie of the group stages.  The Japanese squad is very young with well over half the squad being under 23. Last year they won gold at the Asian Games and the Asian Cup so these players are used to winning.

Probably 4 or 5 others if we're honest. While the above 5 are the favourites, several others have legitimate claims. Netherlands are the reigning European champions and have possibly the best player in the tournament with Lieke Martins.

They were behind Norway in qualifying (with Ireland behind both of them), with Norway in a rebuilding stage themselves. Canada have reached the semis at the last 2 Olympics. Sweden was second in Rio and are always there-or-thereabouts.  Australia are ranked 6th in the world and always reach the quarter finals. Oh and Brazil can beat anybody on their day. So as you can see, there's plenty of teams who think they can win it.

7) Who'll be the breakout star?

Ada Hegerberg is famous for 3 reasons; being the best player in the world, boycotting the Norway national team and being asked to twerk. The world won't get to see her undoubted talents but who will emerge as the star of the tournament. The US team is packed with stars with Carli Lloyd and Alex Morgan the two most widely known. Brazil's Marta is now a veteran but her skills could light up her final tournament. Germany's best player is Lyon's Dzsenifer Marozsan. Lyon also provide the best defender in the world with France's Wendie Renard. The Barcelona duo of Lieke Martins (Netherlands) and Toni Duggan (England) will pop if they go far in the tournament.  Australia's Sam Kerr is the all time top scorer in the NWSL in the US despite only being 25.

8)  So what's this I'm hearing about controversies?

As mentioned, Aga Hegerberg continues her boycott of the Norwegian team. She argued that the team was treated poorly at the 2017 Euros in terms of preparation etc. She's a Norwegian Roy Keane (2002-2004).  The US team is suing their own association on the grounds of gender discrimination. They're seeking equal pay and treatment as the US men's team. As long as women's sport continues to be in the shade of men's sport, some involved will take their time in the spotlight to fight for cause they believe in. As they should.

Not much. Longtime League of Ireland assistant referee Michelle O'Neill will perform the same role at the World Cup. It's the second World Cup for the 40 year old from Enniscorthy. She'll have to deal with VAR this time round. Nicola McClure is a keeper with Jamaica and she plays her club football with Sion Swifts in Strabane, Co Tyrone.

10) The crowds, the media coverage, the buzz and will it reach the casual sports fan

The 2019 World Cup is set to be the biggest ever. The opening game between France and South Korea sold out as soon as tickets went on sale. In the first weekend England play Scotland in Nice. At every stage there are games to be played and stories to be told. The tournament is being covered in Ireland by TG4 and RTE with all games being available on TV or on livestream. In the UK, BBC are sure to ficus on Phil Neville's England and Shelly Kerr's Scotland as they promise more coverage of women's football than every before. Will the casual sports fan get involved? We'll soon find out...