"What The F**k Happened?!" - A Tribute To Classic Mitre Footballs

I discovered something that I didn't realise bothered me greatly.

Manchester United were playing Manchester City in the EFL Cup, and mid-way through the second half Aleksandar Kolarov blazed a free-kick high and wide. When the camera showed him placing the ball, I realised it was a Mitre football.

It wasn't a particularly nice ball, but it made me think about the current Premier League ball, and other ones in recent times, and it really bothered me that they don't look like footballs. They haven't for years.

In the NBA, they play with the same type of basketball that they have done since switching back from the funkadelic ABA 'Americaballs' of the 70s, because everyone realised it was stupid and they wanted the old style back. It has remained the same since.

I hope that happens for football soon.

Same goes for the NFL, a football is a football there. Rugby? Gilbert pretty much all day for the Six Nations apart from Italy going rogue with, (ironically) Mitre, in an attempt to mess with Ronan O'Gara's head.

But look at what Premier League footballers have been stuffing into nets in recent seasons. It started off so well, but then completely lost the arse in 2009, with this thing that looks like a droid from Star Wars. 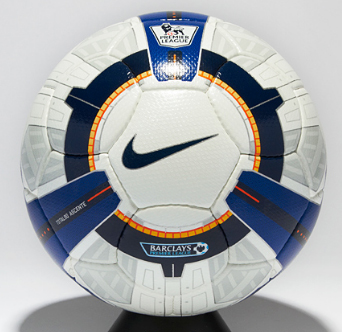 Really though, in the last two years it has gotten out of hand.

Firstly, something that I honestly would believe was sent from another planet to spy on the human race, and something that looks like it was coloured in by a five-year-old in Match magazine. 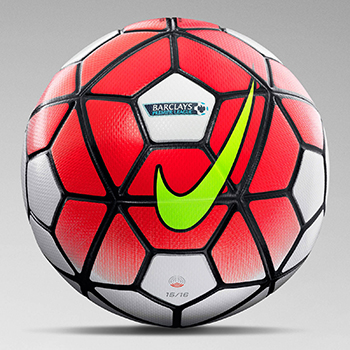 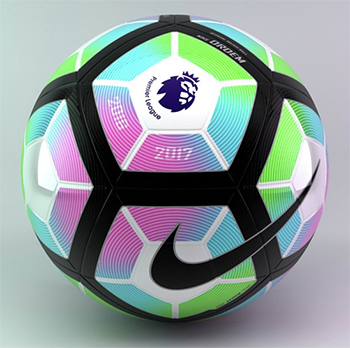 Call me a traditionalist, but I miss when footballs look like footballs.

White, and with minimal shite all over it. Why do I need swirls and weird 'Call Of Duty' style graphics, in my mind the best football Nike ever produced was this one: 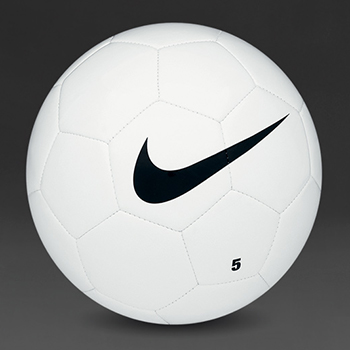 But when I was growing up there was only one football that mattered. I'm thinking back now, after the Premier League switched to Nike footballs around the turn of the millennium (and the first few designs were cool to be fair), anyone a few years younger than myself will have no idea what Mitre even is.

And the reason, in my opinion, is because their footballs have looked farcical in recent years. Weird space orbs that look like they've just been shat out of a robot. 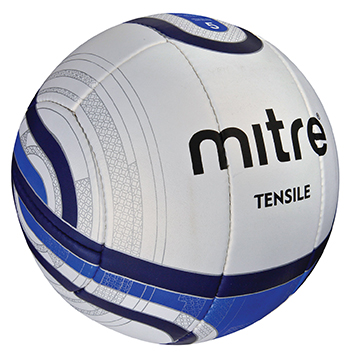 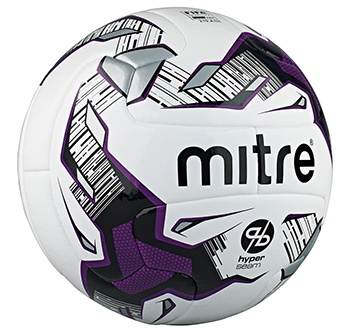 Nah, not for me. Mitre will always be followed by the word 'ULTIMAX' in my head. Your school used them, your club used them, the Premier League used them, and the possibility of running out onto the streets around Bray's Carlisle Grounds and finding one that had been booted out of a League of Ireland match was pure exhilaration. I never did manage to find one, despite the best efforts of Colm Tresson and Wesley Charles.

Is the traditional stitching and panel pattern all that bad? The GAA are mad for a similar design and won't be changing anytime soon. Why does it take a laboratory of German scientists with a robotic boot and a test chamber to design the latest ball with less and less panels?

We play with the knockdown version of these things at 5-a-side, and yes you can rip the odd screamer, but they don't have that satisfying 'THUD' that comes with a good old Mitre. Typically caked in mud, those balls separated the men from the boys when it came to heading. That's how you knew who was or was not 'a player'. It also weeded out the weaker members of a squad as taking a smack from one of those on a cold night was something only the bravest could face and come back for more.

I'll wind this meandering rant in, as I merely wanted to show some love for a time when footballs weren't designed by celebrity artists with themes and motifs, they were footballs.

Tony Yeboah smashing the Wimbledon goal in off the bar, Eric Cantona dinking the Sunderland goalie from all of 25 yards, Collymore banging in the winner against Keegan's Newcaslte. That's what I assosciate with, for me, the crème de la crème. 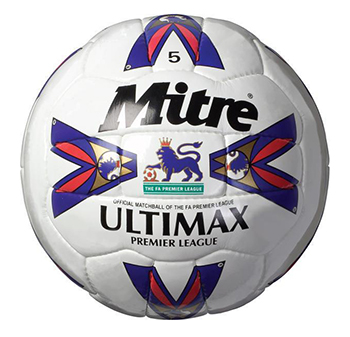 Rest easy, old pal. I'm just glad you don't get to see what they did to your legacy.

Next thing you know they'll have sponsors plastered all over them.

[Imagery via Soccerbible.com and DailyMail.co.uk]

SEE ALSO: What Ever Happened To Masters Football?