8 Top Tips For Anyone Thinking Of Taking Up Running

Let's face it, running has never been more popular than it is right now - particularly in Dublin.

You can barely go near any of the canals nowadays without seeing a cadre of of runners, all working on shaving a few seconds off their 5k PB. And, to be honest, as difficult as it can be to get off that couch, running is one the simplest, most cost-effective and healthiest pursuits you can engage in.

An active lifestyle is a crucial component in staying on top of your physical and mental health but with work, kids or college (or all three!) it can be difficult to find a way to find the time.

Shy of gastric bypass surgery, there really isn't a better way to lose weight than by spending some time putting one foot in front of the other on a running path. To be fair, we don't want to come off as holier-than-thou while writing this as we know perfectly well how difficult it is to 1) set a routine and 2) to stick to it but, with all that said, here are eight top tips to get you off the couch and onto the road.

We cannot overstate this enough. Get. Proper. Running. Shoes. If you decide to skimp on this and settle for a pair that cost you €10, you're practically giving up already. If you go to the right place to buy your shoes, they should be able to measure your gait (they literally make you run on a treadmill and videotape it) and give you the most appropriate shoe for the way you move your body.

Another element to consider is that if you throw down somewhere around €100 on running shoes you will be less inclinded to quit. Most pairs of running shoes look absolutely mental and you won't be able to wear them with your casual outfits, though some of you may still try...

Finally, and most importantly, if you save money by buying bad running shoes you are much more likely to injure yourself early on in your new running adventure. The main reason people give for stopping running? Yep, you've guessed it - injuries.

Don't Worry About Your Fitness Early On

Just run. Get into the habit of it. Figure out how your body reacts to it. It will be sore. But it gets that little bit easier every single time.

Listen To Your Body

It is very important to be in tune with what your body tells you, so listen to it. If you hurt a bit too much then take a day off - remember, rest days are training days too. 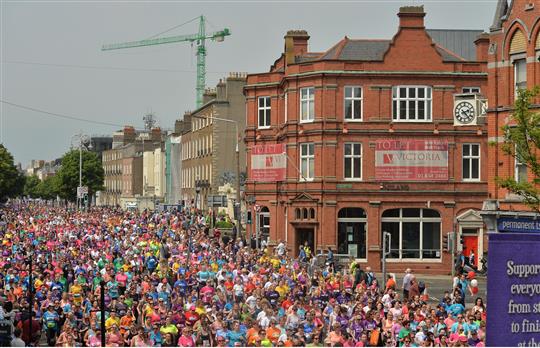 Don't Worry About Times Just Yet

At the start your times will fluctuate massively. Just try and find a regular, scenic route that you can run and figure out how long it is (there are plenty of apps out there to help with this). Some days you'll be quicker than others and that will come down to what you've eaten that day, how tough a day you had a work, whether you got enough sleep the night before and lots of other things. Soon you will start to notice your times improving but just concentrate on finishing your runs at first and DON'T be disheartened when some runs are slower than others.

Make Your Own Running Playlist

Studies have been done as to whether or not the right music can actually help your athletic performance and yes, apparently it can. If you run while listening to the right type of music (where the beat mirrors your running tempo) it can give you easier access to what scientists call 'the flow state', which is where you essentially run on autopilot and you can run faster for longer. Famed long distance runner Haile Gebrselassie used to listen to Scatman John's 'Scatman' during runs for example which, to be fair, sounds like hell on earth.

If You Have To Stop And Walk, Do It

Some might mistake this a sign of weakness. It's not. It just shows that you're pushing your body past what it's comfortable with and, after all, that's exactly what you're trying to do here. In fact, stopping to walk during runs can actually build your stamina and endurance over time. 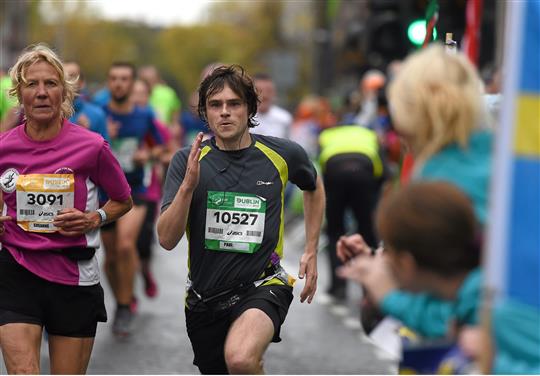 Set Achievable Goals For Yourself

There is really no point in giving yourself two months to train for a marathon as you will inevitably end up disappointed and downheartened. There are plenty of race series' which you can join, from small 5k jaunts all the way up to half marathons. A 5k will seem dauting at first but once you get that under your belt it will be the fill-up you need to keep going and before you know it you will be pounding out ten miles on the concrete without even thinking about it.

Bask In Those Glorious Endorphins

So, ever hear of the runner's high? Well it's a real thing. There's nothing like the sense of accomplishment you get from completing a run, or knocking a few seconds off your own best time or even just getting out there in the first place. But even more than that, the runner's high is a lovely chemical reward for the hard work you've just put in.

By the way, this 'high' is actually a real thing and not some sort of fib designed to get you running. It's a short-term euphoria, associated with profound contentment elation and self-satisfaction. And lads, it's only a few kilometres away. Go get it and see for yourself.

Nutrition
2 years ago
By Balls Team
Study Shows That Skipping Breakfast Before Exercising Could Lead To Weight Loss
Fuel
4 years ago
By Gavin O'Callaghan
World's Strongest Man Reveals Diet That Puts The Rock To Shame
Fuel
5 years ago
By Conall Cahill
Eight Things Not To Do In The Gym
Popular on Balls
Football
15 hours ago
By Jonathan Browne
Reports: Solskjaer's Coaching Staff To Stay On At Old Trafford As Rangnick Appointment Confirmed
Snooker
17 hours ago
By PJ Browne
Selby Crashes Out Of UK Championship On Dramatic Respotted Black
Snooker
1 day ago
By PJ Browne
Shaun Murphy Apologises Over Timing Of 'Amateur' Comments
33