On the evening before the 1996 All-Ireland hurling final against Limerick, Liam Griffin gave a speech which still brings Liam Dunne close to tears when he thinks about it.

The previous year, in a league game against Limerick in Kilmallock, Wexford had been well beaten and physically bullied with Tommy Kehoe getting some special attention.

That was a game which Wexford manager Griffin had not forgotten come September 1996.

"It will go to the grave with me anyway," says Dunne in the latest episode of TG4's Laochra Gael series which focuses on Griffin.

"It's just the way he spoke. We were all linked and he hit everyone a box in the chest, and he lookin' at you straight in the eye.

"When he went around, he was on about the game and what happened to us, the way we were bullied. He said, 'The word going to Croke Park is that there will be no intimidation'. He just asked us what the word was, and everybody let a shout out, 'No intimidation'.

Last but not least... the legendary Liam Griffin!

"He went around to everybody, and he stopped with Tommy Kehoe. He put his two hands on Tommy's face, and he apologised to Tommy Kehoe. He said to him that what happened to him in Kilmallock would never happen to another Wexford man again, as long as he had anything to do with a Wexford team.

"He gave Tommy Kehoe a kiss on the side of the cheek, and gave him a tap on the chest. He just turned to the rest of us and just said, 'What's the word?' We said, 'No intimidation'. We were linked like a band of brothers at that time."

Wexford won the game by two points to claim their first All-Ireland title in 28 years.

Quiz: Can You Name The 11 All-Ireland SHC Managers In Two Minutes? 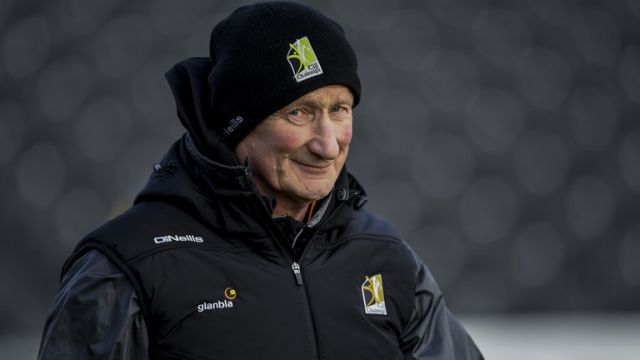