25 Years On, Wexford Hero Of '96 Wouldn't Have A Place In The Modern Game

"My style of hurling would be a liability," Adrian Fenlon says with a chuckle.

He's assessing how his own game would hold up today, whether he'd make an intercounty team and whether or not he'd have an influence on the field.

Today marks the 25th anniversary of the 1996 All Ireland winner and his Wexford teammates rising to the pinnacle of achievement in their sport, bridging a 28-year gap to the county's last All Ireland hurling title, but the game flies on - in some ways beyond recognition. 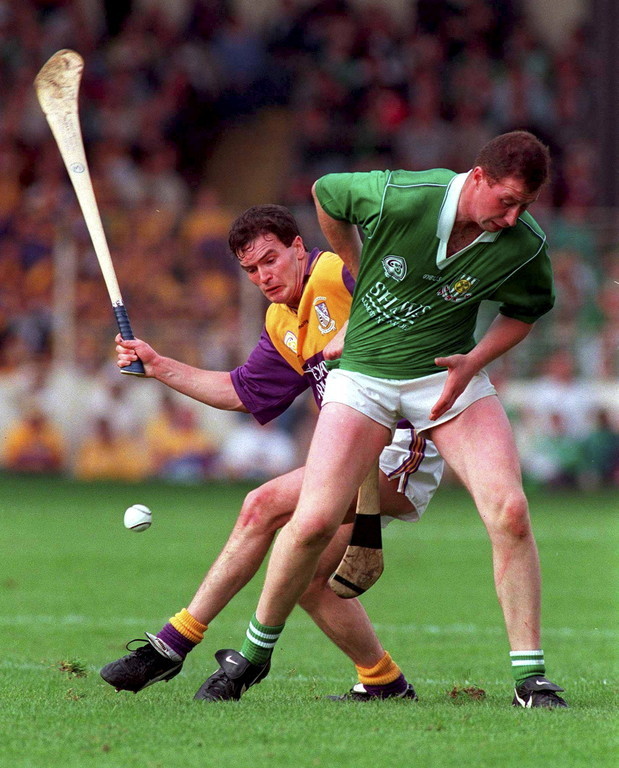 1 September 1996; Adrian Fenlon in action against Frankie Carroll during the Guinness All-Ireland Hurling Final between Wexford and Limerick at Croke Park. Photo by Ray McManus/Sportsfile

"I’d struggle to make the team [in today's game], to be honest,” he says. “My style was probably putting fast balls into the full-forward line and fast balls at that time involved a lot of ground hurling.

"Now if you hit the ball on the ground fast, you’re giving the ball away really. The game has changed. I don’t really know if it’s for the better. But it is what it is.

I’d probably be more of a traditionalist.

Fenlon and that gang of Wexford hurlers arrived into an era defined by eccentric characters and held their own in that realm, attaining a cult status both in Wexford and within the sport as a whole. Some of the famous faces from that side were approaching the end of their careers following the '96 triumph, having been around the scene since the 1980s, but Fenlon was still emerging from his formative years as an intercounty hurler. He would hurl on until after the 2005 season, winning another Leinster title in 2004. As a result the midfielder, one of the last great exponents of ground hurling, had a front row seat for the evolution that took place just before and after the turn of the millennium.

He stepped off the intercounty locomotive after the 2005 championship but, with or without him, it was always going to steam ahead to new places. As it does to this very day. 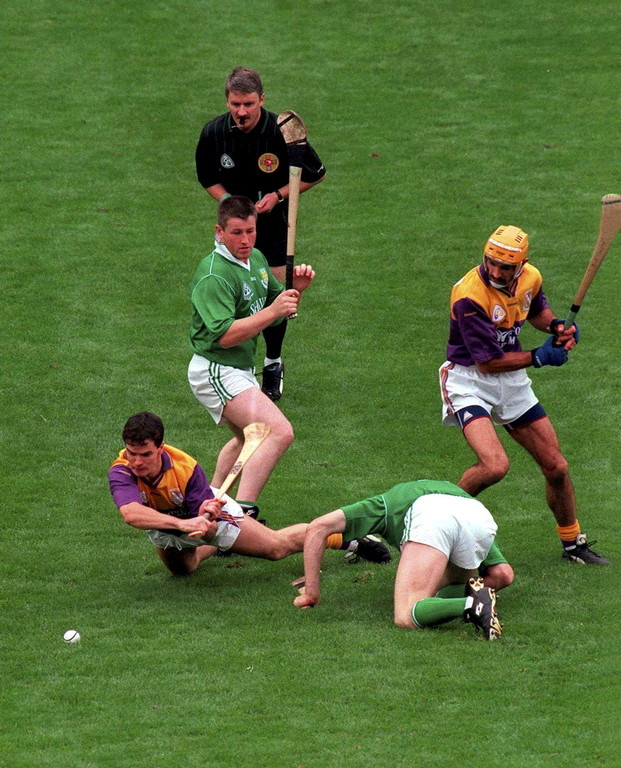 There is no doubt that the game has changed immeasurably. And perhaps the greatest change has been the level of commitment that is currently required to hurl at the top level.

Fenlon was working with AIB in Enniscorthy when he won the ‘96 All Ireland, moving into the pharmaceutical sales business the following winter. In that role, he was on the road every day though it didn’t curb his intercounty ambitions. Today, he works within management at the pharmaceutical company Johnson & Johnson in Dublin, commuting from Wexford four days a week before the pandemic hit.

It’s not a role that lends itself to the rigours of modern hurling, an immaterial point given his playing days are over, though it brings up the necessary debate: sporting careers taking precedence over choice of occupation. Among young players that’s a scenario that’s becoming seemingly more common.

I don’t think it is overly healthy. I think younger players are choosing the short-term window of intercounty hurling and what occupation may help them to achieve and excel at elite sport.

Elite sport, especially the GAA and rugby and these, is a defined period of probably 10 years. It used to be 15 years, maybe 20 years with the likes of Tony Browne’s case and Larry O’Gorman and these people. The modern-day intercounty player will be doing very well to last 10 years so really by 28-, 29- and 30-years-old you’re past your sell-by-date.

You have another 35 years of working life ahead of you and I think some players will regret choosing the occupation they chose because of their sporting prowess and career.

The modern structure aligns better to either working as a teacher or working for an employer that is very GAA-friendly and is satisfied to let you off at half-four everyday. It’s difficult.

A lot of the training now starts very early. Back in our day it started at seven or half-seven. Now players need to be at the training ground at six o’clock to do all their essentials and warm-ups and sophisticated warm-ups compared to when we were playing.

He has taken up coaching with Rapparees, his club, manning the sideline with a few of their underage sides, and he’s taken charge of the senior outfit for a couple of campaigns, too. Getting involved with an intercounty set-up remains an attractive proposition but there is simply no room for that sort of responsibility when considering the family and work commitments he’s already juggling.

“I enjoy giving back. A lot of people when I was young gave me a lot of time and coaching and mentorship. It’s the circle of life and it’s important that many of us who got the gift growing up give the gift back. And some people do and some people don’t. I certainly like doing it and I’m able to do it with the club, thank God. But at county level, I couldn’t find the time.

“In my mind all county players, whether you’re with Wicklow hurlers or Leitrim footballers, are in a semi-professional game in amateur name. The sacrifice made by players and managers is immense.

That way of life is now funnelling down into the club game which, like its intercounty equivalent, the Rapparees clubman believes is accelerating forward towards a level of professional that is incompatible with the GAA.

He’s experienced the intercounty evolution as a player and now he can see similar trends sprouting up within club set-ups. In fact, the club game is gathering pace to such an extent that he believes tomorrow’s club game may be indistinguishable from today’s intercounty game.

The club player now is easily training at the level of a county player back in the early 2000s, that’s for sure.

If the club scene continues at the pace it's been going over the past six or seven years, it won’t be long before it’s at the county level now. And in 10 years time the county level will be gone somewhere different.

That rate of progression may bring a degree of apprehension, but remedies thus far have proven difficult to find.

“Nobody has all the answers but it’s incumbent on us all, the GAA family, to try and figure out what is the best way forward for our sport.”

“Clubs just cannot afford some of these demands that are now being placed on clubs.

“There is certainly a tipping point coming at club level. And at county level also.”

The locomotive steams ahead.

SEE ALSO: The 1996 All-Ireland Hurling Final Had One Of The Great Pre-Game Speeches 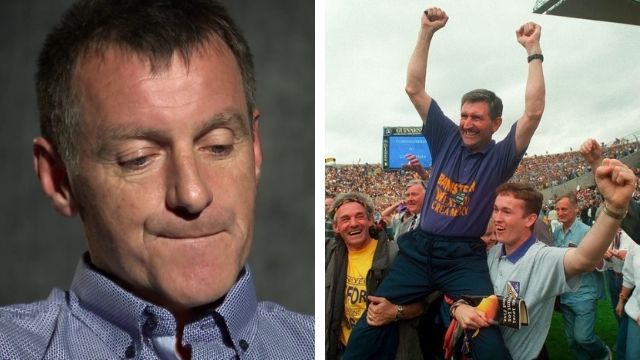