Aaron Gillane says that Tony Óg Regan has settled in well to his role as performance psychology coach to the Limerick hurlers.

The Limerick Leader reported on Tuesday that the former Galway hurler has replaced Caroline Currid in the position and has been working with the All-Ireland champions throughout the current season.

"Tony is great. He's a nice man," said Gillane, speaking ahead of this weekend's Allianz Hurling League final against Waterford

I suppose what's great about Tony is he's not only there to talk to, but he has the whole experience of being there and done that as well. He's really settled in and gets on with everyone, everyone likes him anyway.

I think one thing that really stood out, he did a great job with the Galway footballers. Look, these things, I know Tony is great and he'll do a great job, these things are only the one and two per cent marginal things I suppose. We kind of stick to worrying about the hurling now and see what we can do on the field more so.

Following last year's All-Ireland victory, Currid was hailed by many on the Limerick panel for the impact she had on the team. 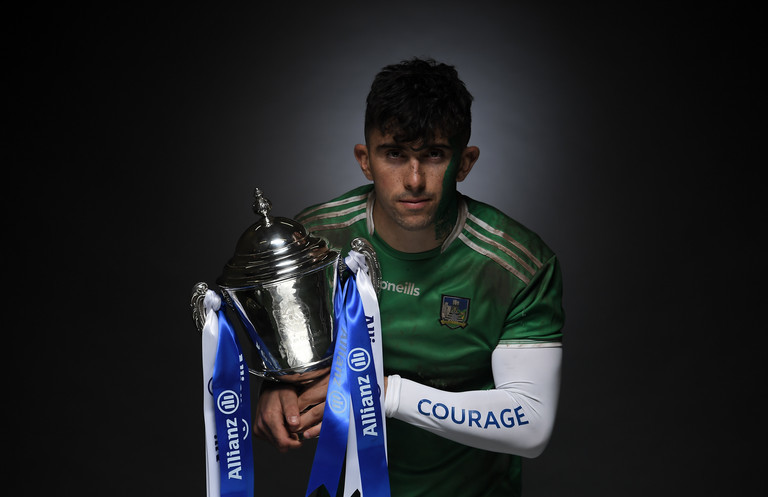 "Obviously we'll miss her, she was with us I think two or three years," said Gillane.

"Same she got on with everyone and everyone had great time for her, she was a great outlet if anything was playing on your mind or if there was anything you wanted to talk about going out playing a big match, there was no point going out on the field being bundled up worrying about things so I suppose Caroline just enabled us to go out and play with freedom really.

"I think she kind of gave us confidence. That might have been something that was missing in Limerick for the last few years. She showed us that we really are up there with four or five of the top teams in Ireland and even though she's gone now, we still want to have that same mindset. The same group of players are there, we're still going to try to reinforce that now throughout the year."

GAA
1 year ago
By Aonghus Ó Maicín
'I Still Don't Know What I Was Doing To Be Honest. I Barely Flicked It'
Previous Next

GAA
8 months ago
By Dylan Ryan
The Speed Round - It's The Final Round Of The #SDSkillset Hurling Challenge
GAA
10 months ago
By Maurice Brosnan
The Remarkable Players' Transformation At The Heart Of Limerick's Success
GAA
1 year ago
By Aonghus Ó Maicín
'I Still Don't Know What I Was Doing To Be Honest. I Barely Flicked It'
Popular on Balls
The Rewind
18 hours ago
By Gary Connaughton
The 10 Types Of Irish Men You'll Find During A Heatwave
1