Brian Fenton is just after getting out of bed when he pops on the video call. A lie in is understandable after an evening spent celebrating becoming just the second player to twice be named Footballer of the Year.

"And truth be told, my JustEat McDonald's order has just arrived to the door. So yeah, bad timing all round!" he says with a smile.

Saturday night's All-Star awards ceremony on RTÉ was pre-recorded, allowing the Raheny man to watch it at home with his family.

The GPA's Richie Hogan rang Fenton during the week to tell him he'd won. Taking inspiration from Cian Lynch, who kept his 2018 Hurler of the Year award win secret from his parents, Fenton decided to surprise his father, Brian.

"He's not an overly emotive man but we got a couple of curses out of him anyway. It was enough to say we caught him by surprise for sure and it was a lovely moment. It's something I'll cherish forever." 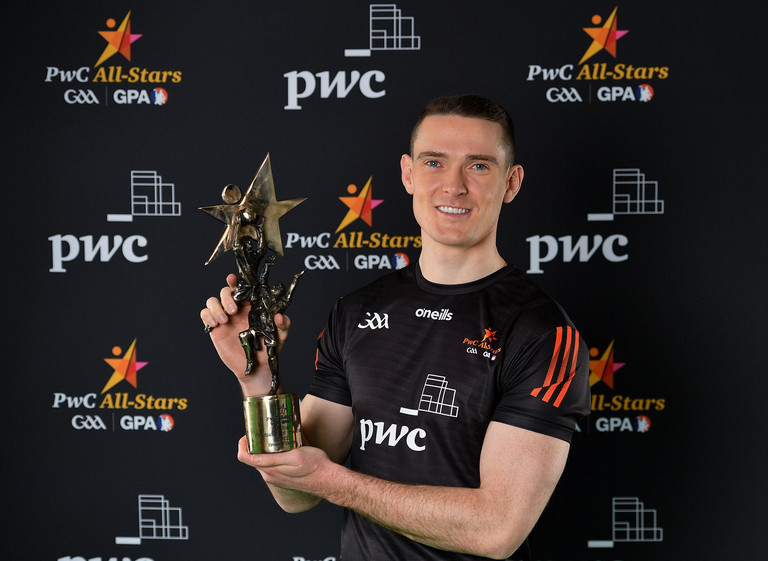 20 February 2021; PwC GAA/GPA Footballer of the Year, Brian Fenton (Dublin) with his award in RTÉ. Photo by Brendan Moran/Sportsfile

Fenton's phone was inundated with messages of congratulations on Saturday night, one of them coming from Kerry legend Jack O'Shea. For his father - a Kerryman from Spa just outside Killarney - it was another memorable moment.

"I got a message from Jack O'Shea," Fenton says.

"He got my number off someone I knew as well. That came in - your phone is blowing up with WhatsApps and tweets - but I came across his and that was a lovely moment and I texted him back.

"I obviously never saw him play but he's always regarded as the gold standard, and something that you're always trying to achieve. So that was a lovely, lovely moment last night.

"I was sort of in shock. I just showed [my father] and he was amazed. He was trying to get the connection. Again, you don't get too much from him but I sent him a screenshot of it today so we both have it.

"I remember I was at a Kerry game when I was 12 or 13 and we were sitting a couple of rows back in the Hogan Stand. Jacko - I didn't know him, I was a child - and he was walking up the sideline to do some punditry. There was a bit of cheering from the crowd and my dad stood up and roared, 'Go on Jacko.'

"He wouldn't [usually] be massively cheering or anything like that but with that reaction I was like, 'Jesus, this fella must have been good.'

"So it obviously meant a lot to the family. For people like that to reach out to you, it's very kind. I said to my sister sitting beside me, 'Remind me to do that in 30 or 40 years time, to text that player'. It's a lovely touch, a really nice touch."

Fenton, and 2020 Hurler of the Year Gearóid Hegarty, are both notable for being late bloomers. Neither played at minor inter-county level.

"That's something that's always associated with me," says Fenton.

"I had a phone call recently with a young man in Dunshaughlin who was in and around the Meath minor panel. He was similar to me: He had been starting and feels himself drifting out of the minor panel. I was just asked to ring him and see if I could give him any insights. It's a tough one.

"This is what I said to him: There's such a period between minor and U20s. When you're finishing at 18 and moving onto 19, that for me, I thought, was a very important growth period in my life and development. It's never too late.

"You look at Robbie McDaid. It's probably not the best example but he only really made his breakthrough this year at 27 with Dublin.

See Also: 'He Was Such A Battler' - Hegarty Pays Tribute To Late Limerick Physio 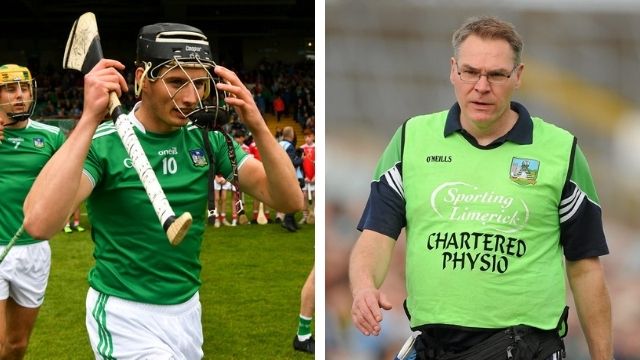