The 2020 Ulster championship may be under threat because of covid-19, but today comes some long-awaited good news for GAA supporters in the province. Today infrastructure minister Nichola Mallon of the SDLP confirmed that the long-delayed redevelopment plans for Casement Park would finally be put forward for approval.

For years now, the second biggest city on this island has not had a marquee GAA stadium. Casement is in a state of squalid disrepair. Balls.ie travelled up to Belfast in the summer of 2019 and spoke with Neil McManus about the sorry state of the pitch.

Today, @AontroimGAA should be playing Kildare in Casement Park. Instead, the game is on in a local club ground.

What should be the pride of the county is little more than a weed-infested field, surrounded by crumbling stands and busted floodlights. It’s time to #buildcasement. pic.twitter.com/RmGBgfxwkj

Sportsfile captured the gloom around the derelict stadium from above last summer.

Designs for a marquee GAA venue in Ulster began as far back as 2009. Plans to turn Casement Park into a first a 38,000 seater and later a 34,000 seater stadium have stalled in the last few years because of planning objections and political bickering. However, a sense of optimism had been noticeable around the project in recent weeks. Now, after years of inertia, we have finally have some good news on the situation.

More than ten years since the Casement Park project was announced and more than seven years since Antrim Gaels had a home.  We finally have a planning decision over the line. Great result 👏👏👏

It means Antrim GAA and Antrim Gaels will have a home and Ulster GAA will finally have a modern ground capable of accommodating its rabid fandom.

"There is still an element here that is anti-GAA. They are in the minority and we are working hard to break down barriers.

"Look at the work done in East Belfast where a new GAA team is formed. It’s open for all people in the community but we don’t feel the need to shout about it.

"You get people making comments about the project and at first glance, yes, 32m is a very considerable sum, but I’ve named other projects that are in the same situation.

"We have to look at the positive side. Casement would be a stadium for the whole of Ulster, all nine counties. Belfast is the second largest city in Ireland, and it’s unreal that we don’t have a GAA stadium.

"The benefits it would yield in tourism and breaking down barriers would be massive.

See Also: Calling All GAA Supporters - Help Us Document The Toughest Season In History With AIB 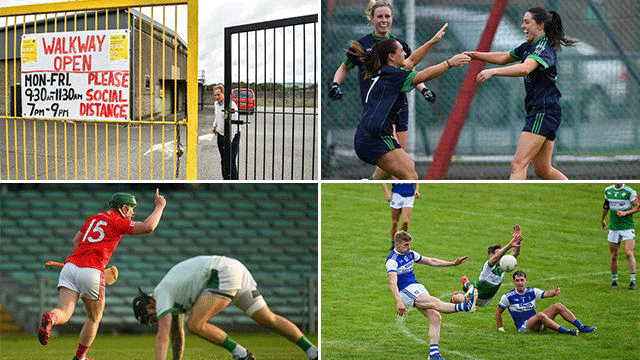 Hurling
8 hours ago
By Balls Team
A Tribute To Offaly's Greatest Fan, Mick McDonagh
GAA
11 hours ago
By Gary Connaughton
Government Restrictions See 10 Teams Removed From Camogie Championships
GAA
12 hours ago
By PJ Browne
"That's One Of The Photographs I Have At Home On The Wall"
Popular on Balls
Rugby
15 hours ago
By Maurice Brosnan
The Fascinating Reason Aussie Legend David Pocock Spray Paints His Boots
3