What's it all for anyway?

Why does Sunday bring exhilaration and elation in equal measure? The colour, the novelty, the excitement. Embers stoked in hope of re-igniting a raging three-month-long summer blaze. With championship comes considerable commitment. Cutting hair and cutting grass. Preparing tea, sandwiches and wet-day apparatus. Hats, flags and headbands. An adventure announced and memories mounted.

Why all the fuss?

Today Mayo take on New York in Gaelic Park. It's not only the beginning of a journey but the end of one too. Leading up until to the game, New York county board chairman Laurence McGrath has volunteered his time to plan a rebuild of the ground, remove remnants of the old clubhouse and prepare for a new two-storey, 12,000 square foot facility, with work to begin after Sunday's clash.

The same mentality that dements so many within the association- if you stand still you perish. So you embrace a new €4m project and redo dressing rooms, incorporate development offices, build a bar. You do it because it matters. 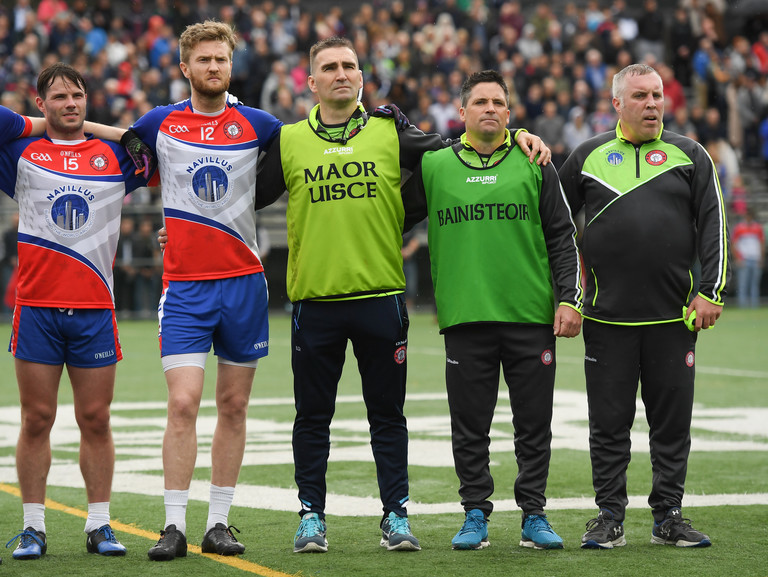 For the same reason, their manager Justin O'Halloran has spent the last few months driving down from Connecuit three times a week, preparing his side for visit of the League champions.

It's a colossal challenge given the logistical nightmare managing in America entails.

Last year we had some great players in there. Through work commitments, heading back to Ireland and visa issues they couldn't come in this year. You have to start again from scratch. What you built on last year with a gameplan and bonding the team, you are losing that every year. You've to start again every single year.

We don't have a lot of help. We don't have games to prepare or anything. It's a different way of going about things over here. It's training hard and hoping you can build a bond for it to one day work.

The team we will line out with on Sunday has only played once together in an in-house game. You hope and pray it will work and pick a team that you hope can gel. To be honest, it's more a get-lucky thing.

Despite the difficulty, a group of committed but disadvantaged players believe. You have to. The Championship is not about 'someday' but one day. The tantalising 'what if' that drives players to commit to 30+ hours a week, and supporters to travel the length and breadth of the country and beyond.

"We have to have a winning mentality, you can't think otherwise. If you do, you are bet before you tog out. Look, we accept we are playing the best team in the country on the form guide. They won the national league a few weeks ago. For us to beat them is... ah, I don't know what it is.

"Winning the lotto maybe. But you have to feel like you can. It's an extremely difficult thing to do but what's the point otherwise?"

For the select few it will be heartwarming and life-affirming. For the majority, defeat and incomplete. 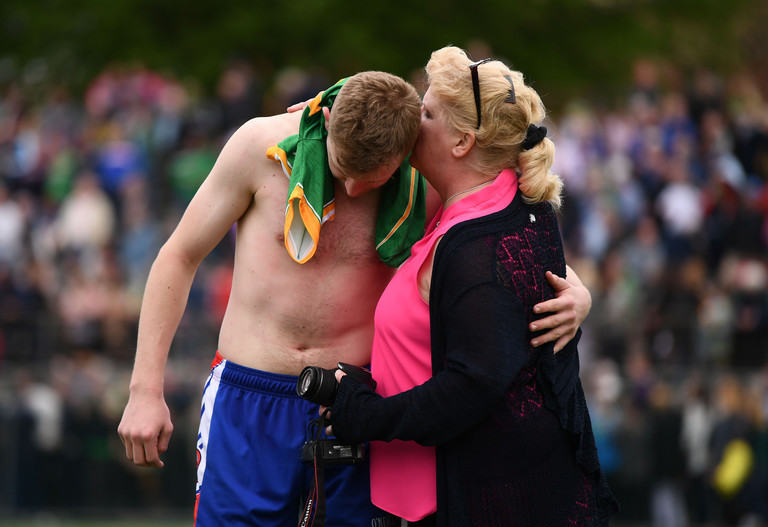 That majority could soon be cut astray in a second tier Championship that has been much touted recently. O'Halloran is reluctant to see the association pursue that path. There will be an inevitable dilution, reflected in diminished interest, coverage and anticipation. A lingering sense that it matters a little bit less.

You will always have weaker teams, they need to learn to improve relatively. It's hard of course due to money and time. Look at us, Roscommon a few years ago are a division one team and we pushed them within a point. We brought Leitrim close last year, they were just promoted.

Let me tell you this, would over 5,000 people travel over here from Ireland for a second tier game? It's an honour to play against the best. If you can't beat them you go back to the drawing board to find a way. You need to invest in underage, start at under 10s. It can be a cop out to say we're putting in so much work and not getting anything out of it.

For New York, Sunday is significant, in more ways than one: "It's all about performance for us. The lads coming in and saying afterwards, 'wasn't that brilliant.' That they left everything out there. We're not looking for headlines the next day or that sort of thing. We want our lads to be satisfied with what they've done, to be proud to wear a jersey and do their best." 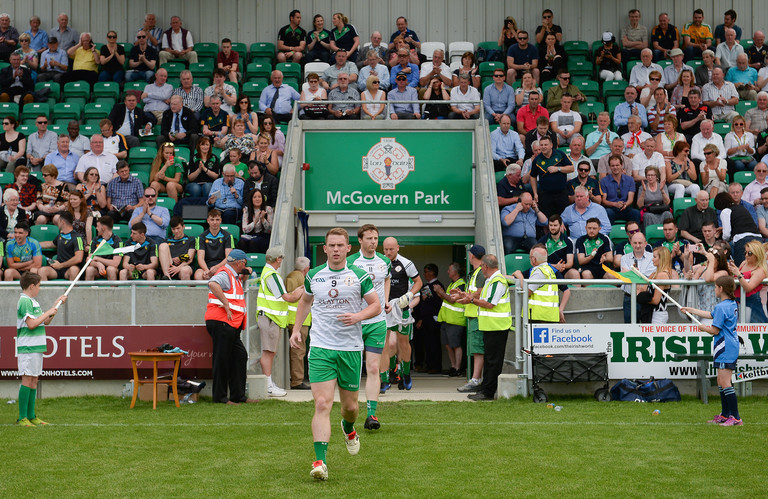 Growing up, Liam Gavaghan had a dream to represent his county. He's now the London captain, one of a few English-born players proud to wear their jersey.

His Championship debut was a titanic clash against Mayo in 2011, arguably one of the most important games of the decade. James Horan's first stint as manager nearly ended in an almighty shock. The day the Exiles could and should have made history.

It took extra-time to save Mayo. Horan later admitted he was lucky to survive it. His team would go on to have a defining impact on the next eight years of Gaelic football. Gavaghan recalls it all as if it was yesterday.

It was surreal, the huge crowd Mayo always bring. Back then Ruislip wasn't done up, we had dugouts and kids were on top of them banging! I remember we had a brilliant start and by half-time, we were in with a shout. With a few minutes left, we were a few points up and thinking 'could it be?'

It would've been a huge scalp. Unfortunately, they turned us in extra-time and their class shone through in the end. Playing someone like Mayo or Galway is a chance against a top team in the country.

Like New York, player retention is a prime problem but the dawn of prospects like Gavaghan, born and reared within London, offers hope moving forward: "When I was younger, there wasn't that (homegrown) figure. It was mainly Irish people who you couldn't relate too. Hopefully, youngsters now can look to us and want to play for their county as well." 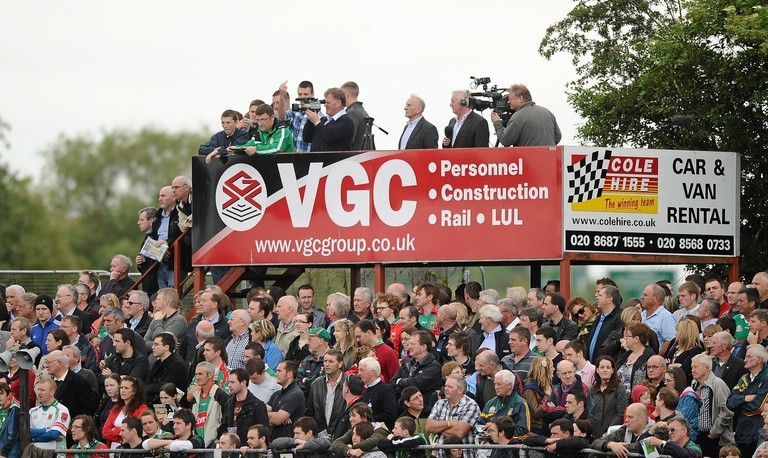 Sundays spent consuming all you can see GAA action, Mondays spent dwelling over them. Ecstasy and agony. Today the national sport takes centre stage in the hearts and minds of players and fans alike. Gavaghan would hate to see anything dimish that.

This is why we play Gaelic football. To play the best. You want to play the best footballers in the country and test yourself individually against these players. Sunday will be a huge battle in Ruislip but it's a two-horse race. On the day you give it your all and hope you are in a battle with ten minutes to go.

Look, I'd like more games but at the end of the day, you still want to play the best. I love playing Galway, Mayo in front of a big crowd. That's what we train for. Even if you start in a provincial championship and fall back for more games then, but I'd hate to lose playing the big teams.

Whether you are playing division one of division four football, it's all the same. Commitment is sky high. That big day out is what you strive for. If you took that way, is the appeal really there? I'm speaking for me personally, that big draw and playing the best is what drives you on.

It has to matter.

SEE ALSO: 'It Could Do So Much For Gaelic Football If They Were Smarter About This'