Last week, RTE announced their GAA TV schedule for the summer. With that came the news that the first football game of the summer to be shown will be the Ulster semi-final on June 8th.

Meanwhile, Sky Sports confirmed they will show two games of football this month. Cavan v Monaghan on Saturday, 18 May and Mayo/New York v Roscommon/Leitrim on Saturday, 25 May.

It means, similar to 2018, hurling will dominate the early portion of the year. On this week's GAA podcast, the Three Man Weave, the lads debated this topic. We also gave our outlandish predictions for the 2019 Gaelic football Championship and chat up with Sky Sports pundit Keiran Donaghy and London captain Liam Gavaghan. 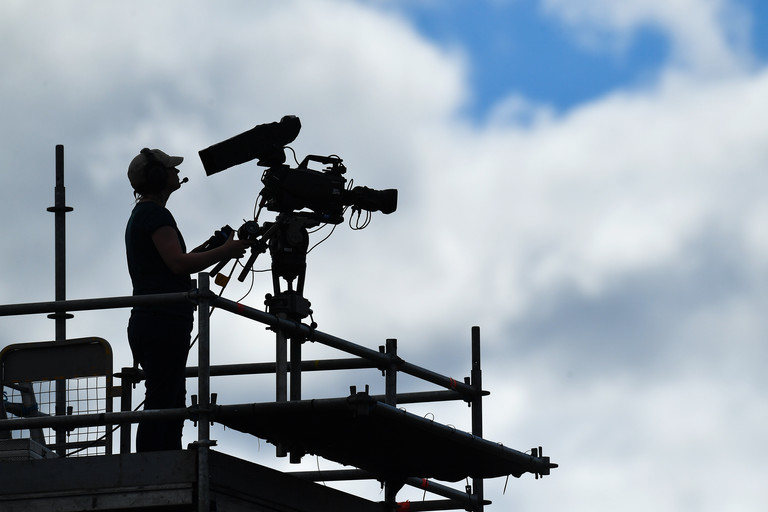 Mick: You will get a few qualifiers and all the games from the Super 8s on. It is very little football early in the year but there is also All-Ireland final possibility clashes in hurling. We knew provincial Championships in football are boring, one-sided and predictable. Nothing happens in them. You understand where the TV companies are coming from.

Maurice: My issue is that sport is about perception. It could do so much for the perception of Gaelic football if they were smarter about the games they broadcast, especially in early portion of the year. Think back to last year.

New York vs Leitrim where New York nearly landed a historic win, Laois against Wexford with Graham Brody marching up the field to set up a last-minute equaliser, Offaly against Wicklow and all the controversy there, Kildare getting turned over by Carlow, Tyrone losing after a McManus wonder score against Monaghan.

The select few who went get to see it but the majority saw none of it. Think of what that could do for the sport, the buzz it would give early in the year to set up a brilliant summer. The TV deal was agreed before the super 8s, why not renegotiate a deal with other broadcasters and get more games on.

People will still go to games, look at the League of Ireland. Nearly 7,000 at Bohs against Shamrock Rovers and it was live on TV. It would do so much.

Mark: You've four provincial football championships. Dublin will win one, Kerry will win another. In Connacht, the only competitive games are Mayo against Galway and Mayo against Roscommon, which will be televised. In Ulster, you've Cavan and Monaghan, Donegal and Tyrone as stand-outs. Donegal against Tyrone will be on RTE and Cavan vs Monaghan will on Sky.

Mick: Look, you can't televise everything. Maybe we need a better Sunday Game or a more Match of the Day style programme.

SEE ALSO: The Balls.ie Team Give Their Outlandish Predictions For The Gaelic Football Championship