Cian Lynch Has Fears About The Longevity Of Inter-County Careers

Cian Lynch looks at the inter-career of Michael 'Brick' Walsh and doubts if he could have one with similar longevity. Brick is in the midst of his 16th season. Lynch, at just 22, is already down the road in his fourth.

It's not because he doubts his passion for the game - few have the verve of the young Limerick player - it's owed to increasing demands on players' time and bodies.

"The demands, I’d say six, seven years to get out of a player now would be hard, because coming through the underage system now, the training is intense as senior level. Enjoy the present, no point in looking too far ahead.

"A lot of us from our kind of age would have played minor games, under-21, club games, Fitzgibbon games, and you’re kind of saying, where’s the break here?

"Even look at the Na Piarsaigh lads. They played an All-Ireland club final on the 17th of March, and they were back in with Limerick three weeks later after a long year. It’s hard to know what needs to be done, but there could be burnout."

In an ideal world, Lynch would take a summer off - spend it travelling - but falling down the pecking order in a Limerick team beginning to burst with talent is a worry. There's also the fear of missing a championship adventure while on one abroad.

Just finished college, Lynch is unsure of his next step in life. He'd love to do secondary school teaching but has yet to apply for a masters - "I’m very lazy in that sense". 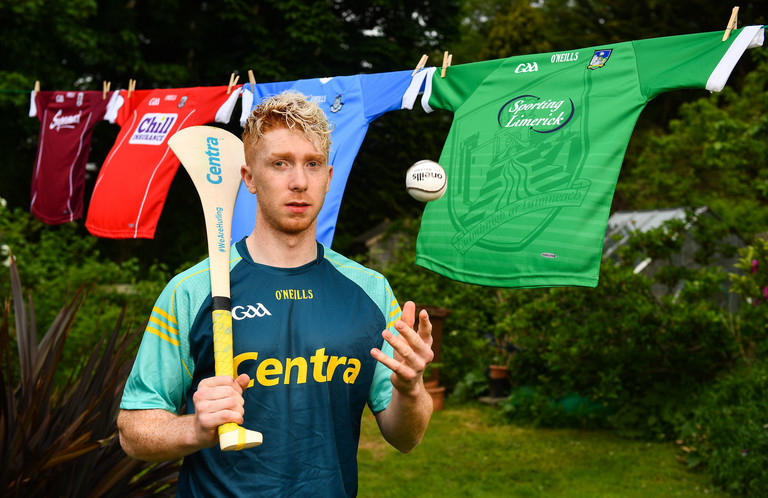 Though light years away it might feel for him, he knows the pressure inter-county players with families feel.

People forget that lads have to get up on a Monday morning and go to work after 70/75 minutes of a hectic game. Which is kind of the secret behind the GAA as well, it keeps guys level-headed.

It is hard to see how lads will keep going if it stays, training five, six days a week. People have families like. If you’ve kids there, you go from work 9-5, straight to training at 7, then you’re not home until 10 and the kids are in bed, you mightn’t see your kids for two or three days. That’s the hard side of it.

At the opposite of an inter-county life - and in a different code - Colm Cooper feels similarly to Lynch. The four-time All-Ireland winner, who last played for Kerry in 2016, thinks the days of careers enduring into the mid-30s are all but over.

"The demands on players now - it's six days a week probably; video analysis, stuff coming to your phone, you're recording what you're eating. It's a really professional standard for amateurs," Cooper said at the announcement of AIB's five-year extension to their All-Ireland Football Championship sponsorship.

"My own feeling of it is having 34 and 35-year-olds, those careers won't happen anymore. With the level of what's required, we'll probably see players retiring earlier. 30 will seem old soon."

It was in his last two years with Kerry that Cooper began to feel the screw turn as teams sought every inch they could find. Now just playing club football with Dr. Crokes, the 34-year-old doesn't miss the long meetings attached to playing at the highest level.

Beyond the top teams - those with hopes of taking home Sam or Liam later in the summer - it can be tough to maintain motivation. Many panels have haemorrhaged players, others have found it hard to get them to commit in the first place.

"Every year we hear of players leaving squads because they might not be enjoying it or this and that," said Cooper.

"What can be done, I'm not sure. If a team wants to train hard seven days a week, they can.

"The margins are so fine in some matches; players and teams and management are going to do everything they can to make sure they're at the top of their game.

"The demands on the body. Every county has a gym programme. What they're doing in a gym... you hear of people 26 and 27 having hip injuries, that stuff wasn't there ten years ago or 15 or 20 years ago. I think you're just going to see more of that stuff because of the asks and demands on players is just so high.

"I just don't see the longevity that has been there continuing."

Centra’s #WeAreHurling campaign celebrates the passion displayed by those in Ireland’s collective hurling community and shines a light on those who devote their lives to the game, helping to make our national sport a pillar of Irish pride.

GAA
1 month ago
By Gary Connaughton
More Than Most, Cian Lynch Appreciates The Importance Of Balance In Life
GAA
1 month ago
By Jonathan Byrne
Lynch And McGeary Take Home The Big Ones At PwC All-Star Awards
GAA
4 months ago
By PJ Browne
Limerick Backroom Team Rumours Not Fazing Cian Lynch
Previous Next

GAA
1 month ago
By Gary Connaughton
More Than Most, Cian Lynch Appreciates The Importance Of Balance In Life
GAA
1 month ago
By Jonathan Byrne
Lynch And McGeary Take Home The Big Ones At PwC All-Star Awards
GAA
4 months ago
By PJ Browne
Limerick Backroom Team Rumours Not Fazing Cian Lynch
Popular on Balls
The Rewind
2 days ago
By Eoin Harrington
Watch: Brilliant Line Of Duty Edit Sums Up Boris Johnson COVID Party Farce
30