Having worked with Cian Lynch at Mary I, Jamie Wall was never in much doubt that the Limerick man would succeed as he has. On the night when he is named among The PwC All-Stars Team of the Year and named The PwC GAA/GPA Hurler of the Year, we look back at an interview with one man who isn't the slightest bit surprised.

Cian Lynch does not allow himself the luxury of anonymity. In a sport that invariably keeps its participants shielded from instant recognition, the Limerick hurler is unmistakable.

Sporting some measure of a rat's tail on his Championship debut against Clare in 2015, Lynch has since opted for the peroxide blonde look - both styles protruding from beneath the confines of a helmet. Content speaking freely in his relatively frequent media appearances, the 22-year-old openly advocates the need for greater balance in an inter-county player's life/sport ratio; an admittedly rare stand to take in a public forum for one so young.

And then, of course, we have the Cian Lynch you see performing on the pitch. From that breakthrough game against Clare as a 19-year-old corner-forward, where Lynch twice deceived the All-Ireland winning Domhnall O'Donovan with remarkable demonstrations of his close control and skill (scoring three points in the process), Limerick have a dynamic hurler for whom the off-field extravagances and outspokenness seemed a perfect fit.

Mercurial, nonconformist, a maverick; all three appear at first look to suit Lynch the hurler, and the public figure. Yet, they are reductive to a fault. Invariably, one slip up and people will reach for the next set of associated adjectives; unreliable, erratic, flighty.

These first impressions can be deceiving; no more so than when Cian Lynch is involved. Jamie Wall, the manager of a Fitzgibbon Cup-winning Mary I side that counted Lynch among its incredibly talented panel, concedes to that:

The first time I ever saw him in person, I was watching Mary I playing in the Fitzgibbon Cup in 2015. Cian was actually only in first year and I just saw him walking around the college ... and he was going around in his tracksuit, with the rats tail, and I was kind of looking at him thinking what is this character like at all?

Speaking to Balls.ie, Wall explained how quickly his mind was changed, and why he is not "remotely surprised" by Lynch's growing influence in a coming Limerick team. Flashy, skillful, and one of the outstanding stars in this year's championship, Lynch is "very much his own man, but not in a way that would impact negatively upon a group - he rows in with what you're doing."

Beyond the hair, outspokenness and flashes of individual brilliance, Wall found a young player who is "the most genuine, honest, deep young fella you're ever going to meet."

Cian Lynch is no renegade, but, as far as Wall is concerned, he is signalling the way forward for the GAA and some of its dated misconceptions. 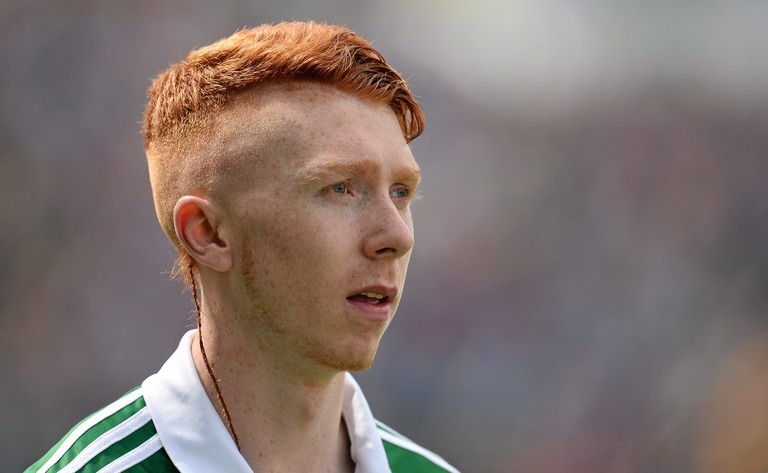 "As good as I've seen him with Mary I, he's gone to another level altogether." That was message Wall's father had for him after Lynch's most recent Limerick performance against Waterford. It is a realisation  undoubtedly dawning on many across the country.

John Kiely's decision to relocate Cian Lynch in Limerick's midfield has proved a masterstroke. Enabling him to "lead the line" and dictate the play as Wall sees it, few may have considered the Patrickswell man suited to this task in recent years. Yet, the evidence of its effectiveness is there for all to see; "He's gone from being a player who could make a big impact without ever dominating a game, to all of a sudden being involved all the time."

Emblematic of a change in Limerick's playing style, Lynch's best talents have become central to the make up of Kiely's team. Now witnessing the performances Lynch was capable of delivering at college level in the cut and thrust of the Munster championship, it comes down to one obvious factor for Wall; "You never see Limerick waste the ball, never see their full-back line lump the ball forward ... they are always going out to the half-back or midfield."

A "Hallelujah moment" for Lynch, "all of a sudden, everyone is playing on the same wavelength as him." Composed with the ball in hand, and regularly capable of making the killer pass, Wall puts this tenet of Lynch's game down to the Limerick man's "background playing soccer":

You do really learn more so playing soccer than hurling or footballer about finding time and space, because the ball is at your feet rather than up in your hand.

Cian would have played soccer at a high level. When he was younger he was scouted at the Kennedy Cup, and St. Kevin's in Dublin had him travelling up to play for them for a number of years.

Crucial to Limerick's short-passing, high-intensity brand of hurling, Lynch's sharp reactions are not all that he has offered Kiely's team however; "He loves the dirty ball too." Convinced that too many are quick to make the "lazy assumption [that] the flicks and the tricks" are what defines Lynch's game, Wall knows this is not the case from first-hand experience:

The days we were comfortable [at Mary I] he'd kind of take the foot off the gas, but when you needed him, or a game was in the melting-pot and we needed someone to win the dirty ball, the kind of stuff you wouldn't associate with him, he was probably the best fella on our team for those jobs. When you're in trouble, he'll do it. He's not one of those guys who'll tack on four or five points when your hammering the daylights out of a team. He does it when you need him like - that's the biggest mark of him. 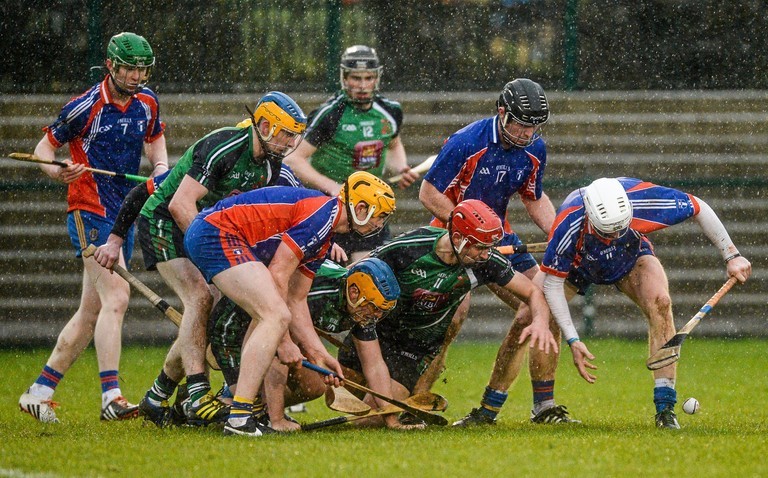 Whatever Limerick go on to do (or not, as the case may be) in year's championship, Lynch will be at the centre of it.

Yet, for all his capabilities on the pitch, Lynch's proclivity for the outlandish off the pitch will continue to give many the wrong impression. As far as Wall is concerned, "the character of him is totally at odds with the outside perception." However, it is the process by which such conclusions are drawn that is perhaps more bothersome still.

A burgeoning cottage-industry within modern sporting 'analysis,' no figure quite encapsulates the disdain surrounding individuality like Paul Pogba. With his progressive, pastoral outlook on the modern sporting landscape, however, Wall possesses a refreshingly realistic outlook on what is being overlooked amid the complaints of a Graeme Souness or Paul Scholes:

It's 2018! Young fellas are different ... Paul Pogba's haircuts are Bryan Robson's ten pints on a Saturday night. This is a way a young fella expresses himself. Instead of being grumpy old men about it, let's just embrace it.

If Jesse Lingard wants to dance around the place, then fair play to him. As long as he trains hard during the week, as long as he keeps doing his best, why shouldn't he have a life outside of his sport?

Drawing it back to the GAA, Wall is adamant that if players "want to have a life outside of their sport, and be individuals or speak up in the press, or cut their hair whatever way they want to cut it, wear tracksuits, or peaked caps, then why not like? Who is it harming?"

Providing "a really good message that you can be yourself and be part of a collective," the relentless "striving for uniformity ... in the inter-county game" is ultimately unhealthy, and offers little room for personal development.

In Lynch, we have the necessary antithesis to a wholly unrealistic, systematic approach to sport and team-building that, at times, can appear to try to "beat the individuality out of players." A message he takes with him into his role with Mary I, one can scarcely have any doubts why the Limerick star Lynch enjoyed such success under Wall at college-level:

I always say to the first years when they come into Mary I that this isn't an underage inter-county team where you've got the pressure of that, and the pressure of everyone staring at you and wanting you to do well.

It's equally not the club scene where you're easily the best players and you've got the auld fella on the ditch abusing you for not doing this or that.

This is away from all that. Bar the Fitzgibbon games, there are going to be twenty or thirty people watching ye - just go out and enjoy it. 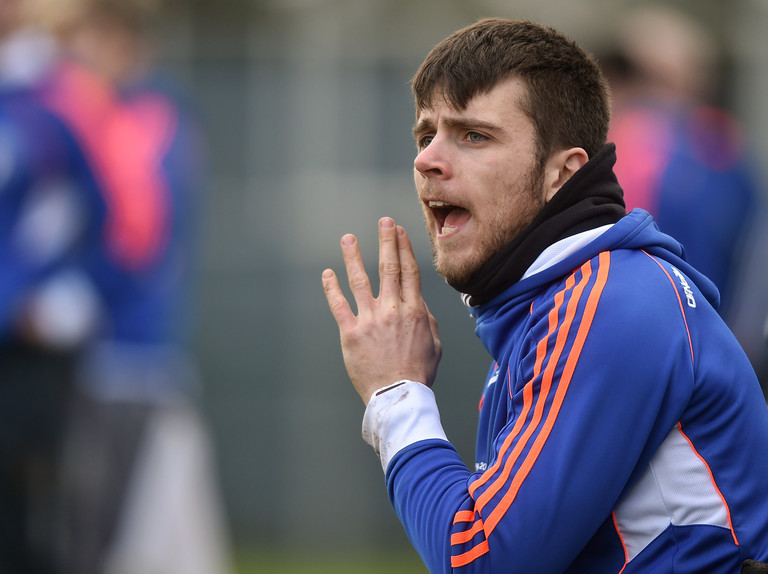 This is a characteristic of Lynch that Wall cannot promote highly enough. Incredibly loyal, passionate and a rallying figure within any group of players, it was not for nothing that Lynch rose to become Mary I's captain during their Fitzgibbon Cup run this year.

Considering those moments where Lynch demonstrates his undeniably free spirit, Wall only finds himself laughing know; all too aware of the irrelevance such moments have on the pitch:

We have a Whatsapp group with the Mary I management team, and when he rocked on to some game with the peroxide blond hair, and one of the lads goes, 'Did you see Cian with the hair?' And we were just laughing, because that's just pure Cian like, he'll go out now and score four points and it won't make a blind bit of difference.

If he wants to go out, shave his head and wear a toupee - it's irrelevant.

In a time of increasing distrust between inter-county teams and the outside world, Limerick's Cian Lynch is a beacon of common sense. Living his life on the terms that suit himself, but contributing all that he has to the wider cause, where Lynch goes, let us hope many follow.

See Also: Mike O'Brien Relives When Limerick v Tipperary 'Took On A Life Of Its Own'