Looking back, the decision definitely feels like the right one for Conor Cox.

In December 2018, he switched inter-county allegiance from his native Kerry to his father's county of birth, Roscommon. In his first season, he was one of two Rossie players nominated for an All-Star.

Cox had played seven league games in all for Kerry but never made a breakthrough at championship level.

"Since I was a minor, maybe 17 or 18, with Kerry, Dad was always in my ear that, 'Oh you know now you can come up to Roscommon'," Cox said at the launch of the Allianz Football League.

When the call came from Anthony [Cunningham] I wanted to grab it with both hands to be honest. I just enjoy playing football and when you're given the opportunity to play inter-county football it just makes it all the more enjoyable.

But I'm just delighted last year to have actually taken the steps to make it real and I'm really looking forward to it this year and the next few years too hopefully.

The 27-year-old is based in Leitrim but still plays football for Listowel Emmets, his club in Kerry.

"Last year I managed to get down for the month of April, the club month. We were unlucky enough, we didn’t reach the semi-final of our competition so I came back up to Roscommon.

"I’m based in Carrick on Shannon. It’s not too bad, there’s a motorway from Tuam to Limerick that takes a good bit off the travelling.

"I was based in Dublin for a period of time but I got a new role. The commute to Kerry, a lot of people think it’s bad but it’s actually not too bad really." 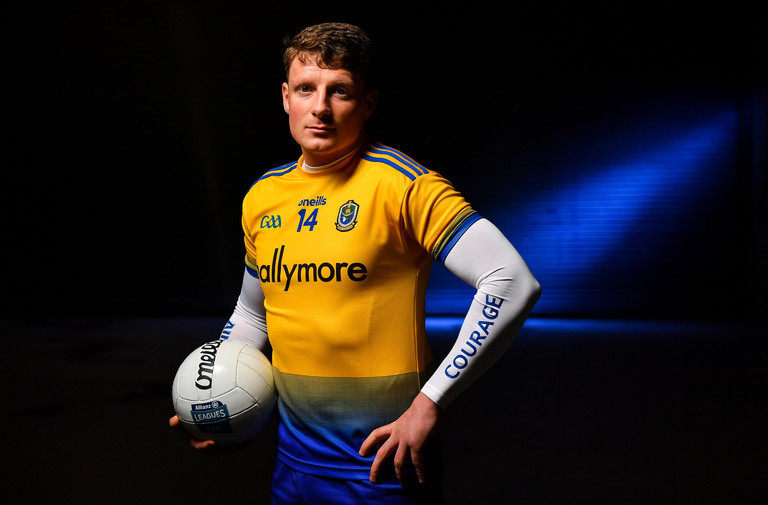 In attendance at the Allianz Football League 2020 launch in Dublin was Conor Cox of Roscommon. 2020 marks the 28th year of Allianz's partnership with the GAA as sponsors of the Allianz Leagues. Photo by Brendan Moran/Sportsfile

Despite the switch, he hasn't received much abuse for it on the club pitches of the Kingdom.

"I think everyone in Kerry understands that football is a big part of my life so I’d like to think they are hoping I’d get on well up in Roscommon.

"The games are so competitive, even with club level, so you don’t have time to be giving much stick, you have to be focusing on your own performance."

Cox was somewhat apprehensive walking into the Roscommon dressing room for the first time but some friendly faces made it the transition easier.

"I suppose at the start of the year everything happened so fast that fitness-wise I probably wasn't where I needed to be. I put a bit of pressure on myself alright to get fit over the course of the few weeks before February before the League kicked off.

"I've made great memories with Roscommon and I've also made great friends so it's been a very, very enjoyable year."

Though Roscommon lost 18 points, getting to play against Dublin at Croke Park is one of the standout moments from last year, along with playing Kerry in the league.

"So I don't really buy into all of that, I just think Dublin are up there at the top now and it's up to the rest of us to catch up with them."

See Also: 10 Years Into Cork Career, Division 3 Not Where Collins Wants To Be