'Out Here Aussies Can't Understand It. Why Don't GAA Players Get Paid?'

Melbourne at the end of March is typically calescent yet unusually still. Social distancing guidelines have just come into place and everyone is adjusting. Coffee companions sit a little further apart. Handshakes make way for slightly awkward thumbs up salutes.

It is four years since Hawthorn’s Conor Nash and Conor Glass left Ireland for this city. They sit alongside each other now and take a moment to reflect. It has been a chaotic month worldwide and while Australia is some way behind most of Europe, the pair have not escaped untouched.

At the start of the month, the team sat with their CEO and doctors to discuss COVID-19. The top floor which houses admin was to be totally closed off from the lower floor where the players are situated. All unnecessary events were off-limits. The AFL season would start behind closed doors. 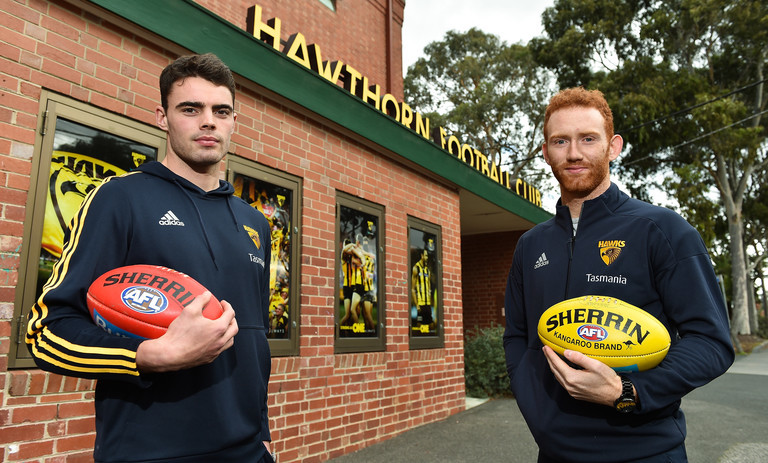 By the end of the month, the season was suspended entirely and Glass was scrambling for a flight home. Ultimately, that didn’t work out. The housemates now make do with a makeshift gym in the back garden thanks to equipment borrowed from the club.

“You’ve done all this preseason and it is nearly pointless,” says Glass with a sigh. The provisional season restart is May 31 but that is a remote probability.

Preseason prolonged. More running. Less football. Taxing training but at least they are finally familiar with it.

“It is tough training, but we used to it now,” explains Nash.

“You begin to learn when to go hard or when you need to hold back if the body is a bit tight. When we first got here we went hell for leather, straight at it.

“I think that is how I did my hamstring the first year. We did every session of preseason that year which isn’t common. I mean I think we hit 95% of it. Doing everything at 100%. When it came to games, I was fucked. By the fourth game, I blew my hamstring.”

It is not so much the change in training load as it is a change in mindset. Work smarter not harder.

Glass’s upbringing in the Glen was typical GAA. No excuses. Everyone does the run regardless of discomfort or distress. They do things different Down Under.

“The S&C Coach coaches are good that way. They pull you back and check the distances you covered to limit it. It was more our approach because of what we were used to. As Conor said, we did 95% of preseason in our first year. Most do 60%.

“We wanted it,” Nash says. “They kept giving us work and we were fine. You have to speak up really. Younger lads come in and feel niggles or whatever, they just think it is fine and say nothing. Then it gets to a stage where you collapse.

“Physios are actually mad then. They give out to you. ‘This has obviously been troubling you, why didn't you say something? We could have amended things and pulled back. Now we need to offload you for six weeks.’ You need to tell them everything. We do it now each morning on an app, just fill in how we feel.

“The physios have targets for how many players are on the training track in their contract. They need to manage it as well. That’s professional sport.” 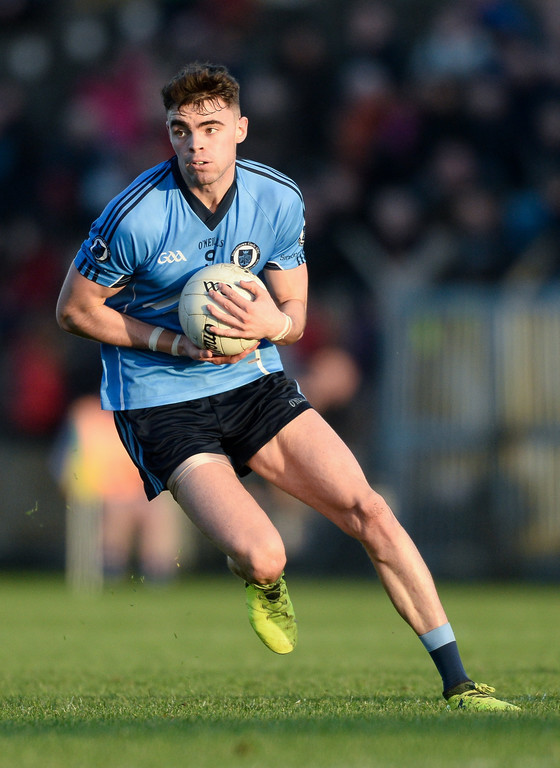 Hawthorn’s Irish connection unfolds away from the bright lights of the well-known combine. Those athletic 17/18-year olds are not the target. Their process begins long before then.

At the age of 15, Meath’s Nash and Derryman Glass were both identified. Over the course of the next two years, the club were in constant contact and detailed briefs were delivered. Once a month they met with Longford’s Mickey Quinn, who previously played AFL with Essendon, for pitch sessions.

When they eventually made the move to Australia, they knew precisely what to expect. The duo were housed together from the get-go. Nash a towering 6ft 5in athlete playing his footy as a forward, Glass in opposition as a determined defender. A friendship forged rather than forced.

“It is kind of the obvious step to pair the two Irish lads together and hope that makes it easier. They got lucky really that we did actually like each other,” recalls Glass with a grin.

“Most of the time,” Nash clarifies.

Gaelic football is still close to their heart. In his first year, Nash returned to tog out for Simonstown in the club championship and helped secure a county title. He also earned a stern rebuke from Hawthorn and warning that it was not to happen again.

A week of their most recent preseason saw the team spend a week on work experience. Nash worked with a pharmaceutical company, for Glass it was architecture. A whole new world of foreign tasks.

“It was just weird. Making packed lunches. Every night we’d ask each other ‘what are you wearing to work today?’ Getting dead excited about new shirts and trousers,” says Glass.

“You do realise how good our career actually is.”

“We flipped our schedule, went to work 9-5 during the day and trained in the evenings. Like GAA players, I suppose.

“Some boys come straight out of school and don’t realise how good they have it. We keep pinching ourselves just how great this is. As a whole, we have a very good life in what we are doing.”

That has Nash thinking. Thinking about the toll the modern game has back home for fewer benefits. For all the similarities the inherent difference between the GAA and the AFL is amateurism.

He knows that is a noble thing. But is it the right thing?

“What we are asking people to do back home for an amateur sport, I think it is time to give them something out of it. I am not trying to start anything here. It has been food for thought for a number of years.

We come out here and the Aussies can’t understand it: ‘Why don’t they get paid? You get nothing?’ We explain that is the ethos of the game. They ask the whole time, ‘why do they do it? That amount of work, what you put your body through?’

From a business perspective, you could get on to backers that are already there anyway. I look at VFL out here or even local clubs. They have big financial backers, people willing to put in some money. They might not be willing to pay a player but they can get them a job, like McShane. Just systemise it.

“Why could the GAA not do something similar to the VFL? They get paid 800 dollars a game. For the work they put in, they should get something like that. Boys having that on top of a normal job. I know GAA players who train twice as hard as VFL players out here.”

That is the association's ethos, what about the game itself? Australia has welcomed over 50 Irish players with open arms. Yet both Nash and Glass believe it remains an untapped resource for coaches.

Various members of the Dublin squad did visit AFL facilities during their stint on holiday earlier this year. As far as Nash is concerned, that is a chance all counties should take.

“There is a massive amount they could learn from here. Conor had a group from Derry out last year to do a tour of a few different clubs and pick their brains. This is a professional set up with coaches paid to do this. Why not tap into that?

“There is a guy from back home who is hoping to organise a week in Hawthorn. I was chatting to Colm O’Rourke who brought the idea up.

“He was mad on getting seven people from around Meath county, two players around the age of 23, a coach or selector, a welfare officer. Have them sit in for a week on the club and see what we do.

“Gaelic football is swinging more towards Aussie Rules with the mark and everything. You could learn from it.”

Glass points to his own county as evidence.

I look at Chrissy McKaigue. He spent two years with Sydney Swans and has done so well with Slaughtneil. I personally think he took stuff from the Swans and implemented those tactics back home.

Hawthorn have a proud history but have not won a Premiership since they completed a three in a row in 2015. The Irishmen want to add to that. Having established themselves in the squad, silverware is the next step.

For Glass, it is a case of Hawthorn on the mind with Derry looming in the background.

“Football will not last forever. It is a short-term career and I know that. I will probably go back and play Gaelic at some stage. I still have that hope. Whether it be next year or ten years down the line. I always wanted to play for Derry. I’ve never even played county championship with my club. I will definitely do that at some stage.” 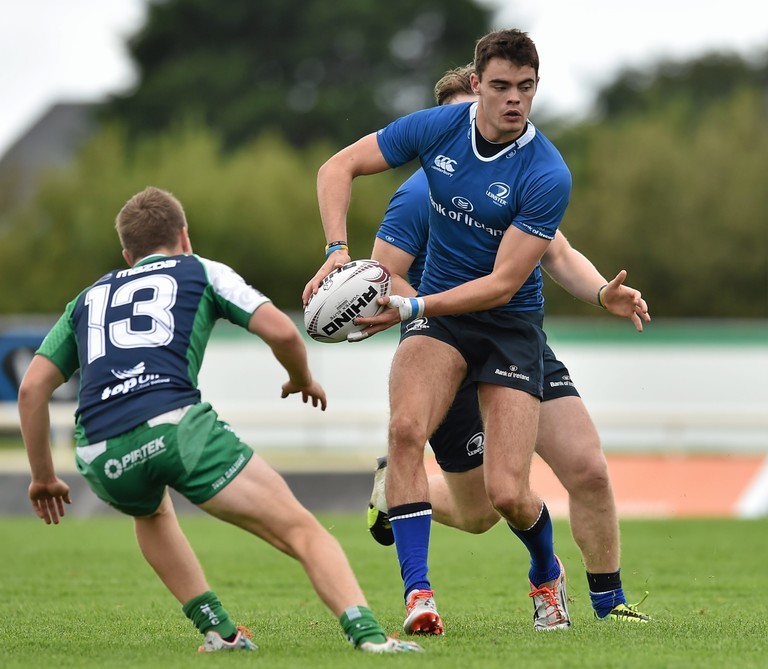 In Meath, they still pine after the monstrous midfielder that left for Australia. Leinster lost out too. Nash opted to take a contract with Hawthorn instead of progressing through the provincial academy.

In reticent moments the former centre admits his mind does drift back and think, 'what if?' It is never dwelt on or given genuine consideration. Focus is fully on this journey, which now incorporates the collective as well as the individual.

"If I had gone up through the ranks... Ciaran Frawley, Paul Boyle, they were my team-mates. Jordan Larmour was a year ahead of me. A good lot of them have gone on to play rugby there.

"You do think where could I be? But you have to piss that off out of your head. I am out here now doing this. Happy out. I made that decision back then. I don’t regret it in the slightest. This is a massive opportunity.

"We both got some games and got a taste for it. Then you progress and get more. Now rather than thinking about myself and playing games, you start to think 'I want to do well with a group of mates.' We have a really good core group here. It would be brilliant to do something together, to win a flag."