It's Tough To Avoid The Chatter In Football Mad Donegal Town

For Dáire Ó Baoill, it has always been hard to avoid the chatter. That has been the case this week more than most.

His hometown, Gweedore, is abuzz ahead of this weekend's Ulster Club Football Championship final against Scotstown. It's the first time the town's club has made the provincial decider.

"I work in Cassidy's Bar myself, so all the 'aul men in there would be my number one critics," the Gaoth Dobhair midfielder said at an AIB event.

"It's all a bit of craic with them. They just want the inside gossip. You’d tell one lad one thing and the next something else. Next thing they’re fighting about what’s right and what’s wrong. It’s funny how it works.

Gaoth Dobhair's victory over Naomh Conaill in this year's Donegal final ended a barren run. They had gone 12 years without a county title. That win lifted a burden from their chests, according to Ó Baoill. 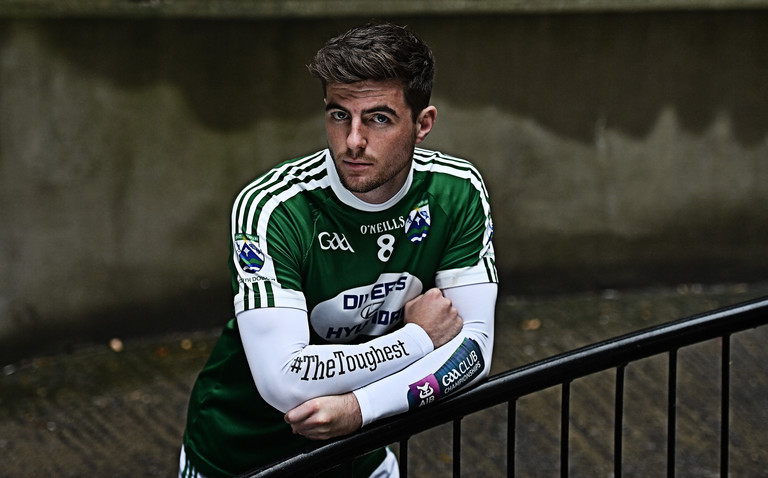 Two years previous had come a low-point for the club. They exited the county championship at the group stage after a 13-point defeat to Naomh Conaill.

"I was in between it all at that stage, the soccer and other things," said Ó Baoill, who also played for the Finn Harps U19s.

I remember coming off in that game and we were down a serious amount by then.

I think Kevin Cassidy even hung up the boots after that game it was that bad of a game as well. We kind of forgot about it.

Last year even, things didn’t start off that well in the league. I remember coming into the championship, we lost six or seven games on the trot, it just wasn’t clicking.

We kept working towards it and we met them [Naomh Conaill] again in the semi-final and we were up by six points at half-time. We ended up losing, it showed we were inexperienced but it showed we had the potential too.

The turnaround in the club's fortunes coincided with the appointment of Mervyn O'Donnell as manager and abundant young talent coming of age. Nine of the Gaoth Dobhair senior panel won the Ulster U21 title last year. They are also part of a group which has gone unbeaten at underage level since U16.

"He took a job that was very hard to take with Gaoth Dobhair the way they were. He told us starting off, it was going to be a team of honesty, there was going to be no bullshit, between anyone.

"Cass kind of liked the idea of that, it took a while for him to come into it but once he found his bearings."

The Gaoth Dobhair youth is mashed with experience. Along with Cassidy, there are the McGee brothers, Eamon and Neil, and Odhrán Mac Niallais.

"When you were younger, it was all about Kevin Cassidy, Neil McGee and things like that. You were always looking up watching them on TV. They were the big dogs like.

"You wouldn’t really think you’d get the chance to play with them. It’s brilliant going into games with them. When they switch on for games, that’s when you switch on too.

"Watching how they go about things, big crowds, the media and things like that, they know how to go about things so we look up to them for stuff like that and they guide us through."

Cassidy, playing at full-forward, has been a key player in the Ulster final run.

The man is hard to touch at the minute with the two feet on him. We’ve bets at home if he’s left-footed or right-footed like. I think he’s glad now that he’s back. Without him we probably wouldn’t be where we are either.

It's mad, it’s just how professional he is. Even his lifestyle at home, he’d have a good routine. He started his own healthy food company.

It’s all about the diet for him now at that age group. At training, he might not do as much running as us but what he does he’ll do 110 per cent and that’s what all them other boys do.

At Healy Park on Sunday afternoon, a Scotstown team featuring All-Star goalkeeper, Rory Beggan, along with Hughes brothers, Darren and Kevin, will be the opposition.

Gaoth Dobhair will go with the game attitude which helped them turn over Crossmaglen.

"When you look at a team like Crossmaglen and the years they’ve had at Ulster and All-Ireland, it was all bonus territory for us. We're just taking it game-by-game.

"Even into Cargin we’d have been underdogs because they would have been around that long too the last few years.

"That’s the way we are looking at Scotstown too. They probably think they have a hand on the cup already, now that the like of Kilcoo and Slaughtneil are out, so they’d definitely be trying to make the best of that opportunity too.

"We treat every game the same, going in as underdogs."

Conal Keaney: 'He Was In Touch To Say He’s Not Going To Be In Touch Anymore, Let Us Concentrate On The Club'