It is a day hurling people in Offaly hoped would never come, but their county has been relegated to the third tier of the hurling championship. This is the culmination of a long decline of hurling in Offaly, who won the Liam McCarthy as recently as 1998.

The postmortem will now begin as to how they arrived at this point, but it os something that has been a long time coming. Hurling people in Offaly have long anticipated such a fall.

Speaking on Midlands 103 radio station after the game, former Offaly hurler Daithi Regan said that the structures within The Faithful County need a serious shakeup.

There was a bit of a furore last year when we ended up in the Joe McDonagh Cup, and many people complained that we were down there and should be hurling Leinster Championship. I think what today does is copper fastens that out place is not at the top table.

It's not about recriminations, it's not the fault of this management team or these players that Offaly hurling is at the ebb that it is. That's been a congealment of an awful lot of neglect over the years.

What we need to do is bring it down to the core and start with your nurseries in school. I just know from the club I'm training with the U15 team, you look at the skillset compared to other counties and ours is nowhere near.

I attach no blame to those lads today. What we saw today is that every Offaly lad fought for every ball, nobody can argue with that. It's a more systematic approach that we need to it, it's been an endemic in Offaly for years, the lack of preparation at core levels, from a fitness point of view and such. 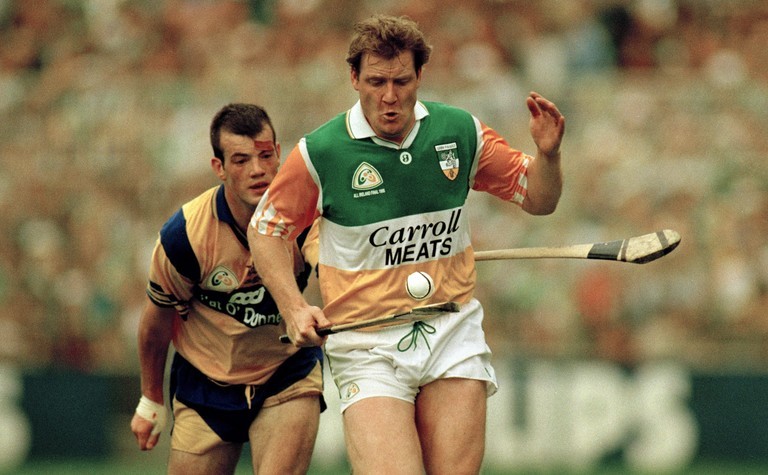 Considering Offaly's lack of success at underage level over the past number of years, there was a sense of inevitability about their decline.

The effort may have been put into underage sides in recent times, Daithi Regan believes that their failings have become so deep-rooted that the lack of belief is seeping down to young players coming through.

If you look at our underage as well, a lot of work has gone into our minor team as well, a lot of really good work. I saw them Wexford and thought we were really on to something, and then we get knocked out by Kildare.

What happens is players have no confidence, players have no heroes I guess. People might laugh at that, but that's a really important thing, for a county to be growing up and looking at idols, having heroes and someone you want to emulate...

We've got to sit down, and like any organisation from CEO, down to management and middle management, everybody, we've got to take a look at how we run our business in Offaly. We need to put professional people, and professional structures in and start from the bottom.

Regan was joined in the commentary box by Michael Verney, who said that a total reset is needed in Offaly.

We are starting from somewhere we never envisaged we would be. There needs to be a total root and branch analysis of where we are, how we are going to create a buzz in Offaly hurling, create an interest again.

It's by no means a given that we are going to come back up next year.

GAA
1 day ago
By Gary Connaughton
'I’d Pick St Patrick’s Day, The GAA Is The Grassroots Of Ireland'
Previous Next