The Chase is one of the greatest quiz shows to ever grace our television screens, with the ITV offering becoming even more popular in this part of the world last year with the arrival of a new Irish chaser.

Darragh Ennis, a native of Dublin, joined the show in 2020 and has proved to be a massively successful addition. Sporting the nickname 'The Menace', he made the move to the other side of the table having previously been a contestant on The Chase back in 2017.

The 41-year old has been living in Oxford for a number of years now, although he remained heavily involved in the Irish community in the city. As it turns out, his local GAA club even had a role in helping him land his current gig.

Speaking to GAA.ie, Ennis revealed that it was his time involved with the Éire Óg Oxford club that helped push him towards the world of quizzing.

It's actually how I got into quizzes, it's how I ended up becoming a Chaser.

John Conway, who has been in the club for 50 years or more, he's lived here most of his life, and he had a team in the local pub quiz league that was made up of members of the club and people he knows and they were short a player and he asked me to come along and that's how I got into quizzing in England.

And that's the reason why I saw an advertisement for being a contestant on shows. So pretty much directly why the reason I've got this job is because of the GAA club.

Ennis is from the Rathcoole area, with St. Mary’s (football) and Commercials (hurling) having been his local clubs. He admitted wasn't too heavily involved in the playing side of things in Dublin, although he would later line out for both Montreal Shamrocks and Éire Óg after moving abroad.

He remains involved with the board at the Oxford club and is now hoping to use his newfound fame to help raise some much needed funds for their underage setup:

It's a good way to raise money and now that we're allowed to go back in person I'll be able to leverage my TV persona.

I think we're going to try to do a big fund-raiser probably before Christmas to try to get some money together. The club always needs money.

One of the big advantages we have with the youth set-up is that we don't charge for it. So, we fundraise to do it and it's one of the really few things that parents can bring their kids along to that doesn't cost money.

We're hoping to keep that going and keep it either at a nominal cost or none at all. So, we need to raise money and I think we'll be doing a few quizzes with me as the quiz master and put a few posters up and hopefully get people outside of the club to join in.

The contestants on The Chase will definitely be hoping that no GAA questions come up in their tussles with Ennis.

SEE ALSO: 18 Of The Greatest Irish Sporting References In Film And TV History 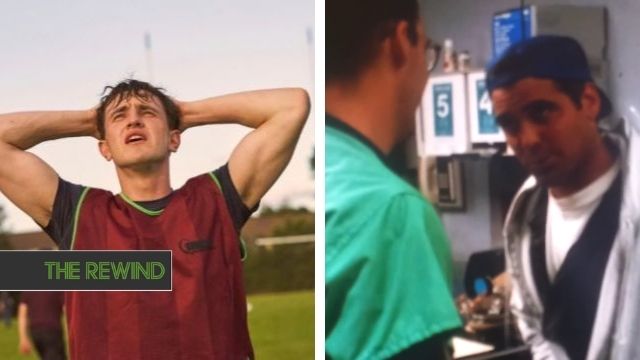