Pat Riley won 4 NBA championships as head coach of the Los Angeles Lakers in the 1980s. When the Lakers came calling, Riley was struggling to eke out a career on the punditry circuit. The Lakers already had the primary requirements for a team to be successful. They had the players and they had a system tailored to those players many capabilities.

In LA, they called the system Showtime!

When Riley took over, Showtime reigned and success followed. The plan was simple. The players would use their superior athleticism to run the opposition into the ground. The ball would move at mesmeric speed. The players would express themselves and their myriad abilities. Even though Showtime wasn’t his concept (Jack MacKinney had first brought it to LA a couple of years previously), Riley rode this plan all the way to the Hall of Fame. The players were the focus and as fans and media spilled out of the Lakers' Forum Arena, they spoke of players and plays, and not coaches. 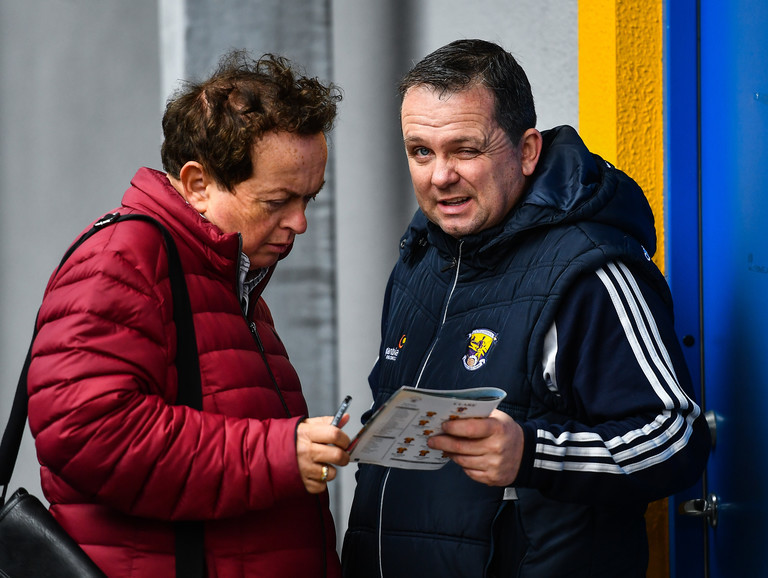 That short game is very energy-sapping and very risky. To me it makes no sense whatsoever. Go back to the Wexford traditional style of hurling and we'll win.

Jim Bolger credentials as a hurling strategist are obviously unproven, and as the game continues its evolution, talk of traditional styles could be considered archaic. However, trends in Wexford’s scoring spread during Davy Fitzgerald’s reign indicate that there is more than a grain of truth in the initial part of Bolger’s above statement.

With the new round robin provincial format and the limited recovery time afforded teams between games, Wexford’s fluid game plan is just too ‘energy sapping’ and the evidence is there to show it is leading to diminishing returns.

Under Fitzgerald, Wexford play a form of ‘total hurling’ offering defenders like Matthew O’Hanlon and Diarmuid O’Keefe the flexibility to bomb forward at every available opportunity. They can do this safe in the knowledge that there will be extra cover provided to them by others funneling back.

This tactic led to Wexford’s back line contributing 33% of their overall scores from play in Davy’s debut season. By last season, as the new hurling format brought about an increased number of games in a tighter time space and the initial buzz for players of adapting to a new system petered out, this rate had dropped to 14%.

Their defenders clearly couldn't sustain the impact they had previously made. 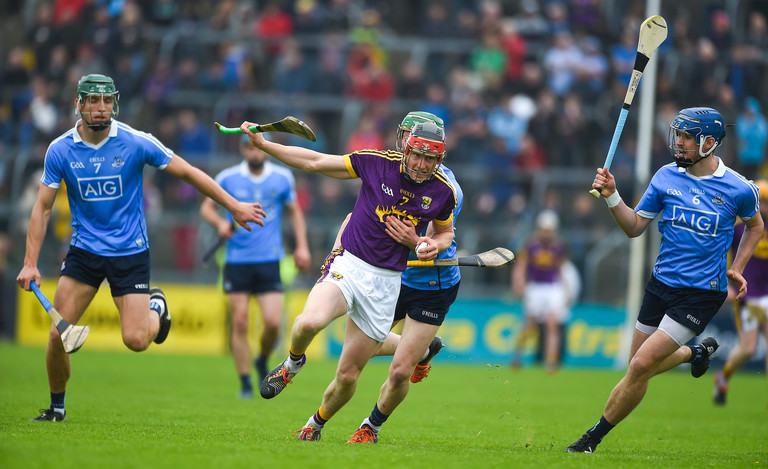 Wexford’s model is unsustainable in the current hurling world. It is not a system that best fits a team with forwards of the calibre of  Conor McDonald, Lee Chin, Rory O'Connor, and Liam Óg McGovern. It is incomprehensible that a forward line that talented could average a scoring rate of less than 13 points per game from play against top nine opposition during Fitzgerald’s championship tenure.

It’s Davy’s system though and if Wexford enjoy success, and history has taught us that's the method he will stick to, no matter what. 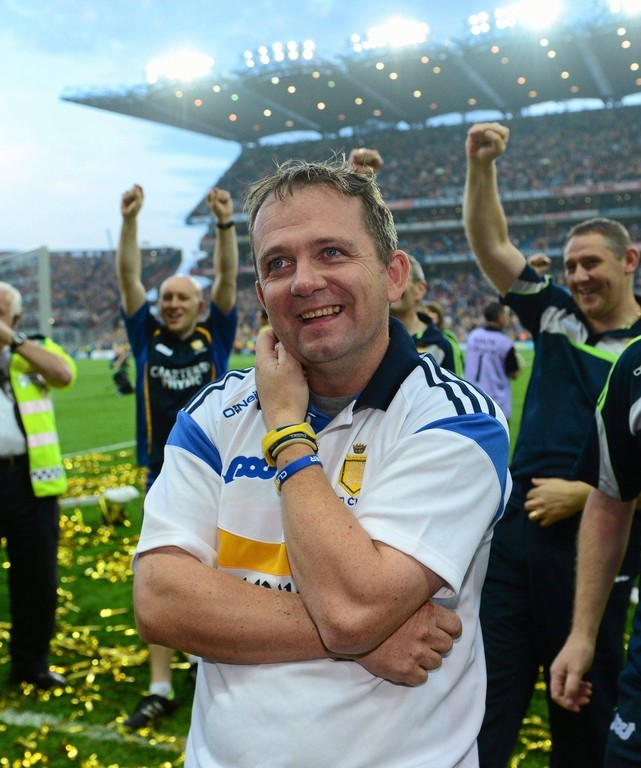 Clare are All Ireland hurling champions. They have arrived before their time but great teams and great players have never been held back by the constraints of time. Their speed and energy even moves the great Henry Shefflin to question if this is a pace of hurling that his aging body can adjust to. They are managed by Davy Fitzgerald. But in the ensuing months, much discussion centers on their coach Paul Kinnerk and the impact he has had in releasing them from a tactical straight-jacket blamed for their Munster Championship exit to an inferior Cork team earlier that summer. The future is bright and it is theirs.

They will win one serious championship match in the next three years.

Kinnerk steps aside, and his ideas were sidelined along with him. The straight-jacket was back even though this game plan was totally at odds with the individual strengths of the gifted players within the squad.

Contrast that with the approach of the last two All-Ireland winning managers. Delegation and player empowerment are central to their core message.

Much of the credit for Galway’s 2017 success was laid at the feet of the strength and conditioning coach Lukasz Kirszenstein as the hurling world marveled at Galway’s physicality in the warzone of the hurling championship.

For Limerick, while John Kiely has received well deserved plaudits, a large portion of the praise and credit for their dynamic forward play has been attributed to their coach Paul Kinnerk. Remember him?

Pat Riley is appointed the new Head Coach of the LA Lakers. They are the NBA champions and the new season is just six games old.

Why do they need a new Head Coach just six games into their title defence?

They have the players. Magic Johnson, Kareem Abdul-Jabbar, and James Worthy are all future Hall of Famers. They have a running system known as Showtime that no other team in the league can live with. The problem is they no longer use it. Head Coach Paul Westhead doesn’t like Showtime. He didn’t invent it. He wants to play his own system. He wants to win with his own system. It is not enough for him to see his team win. The win must be his.

LA Lakers vs San Antonio Spurs. Riley’s first game as Head Coach. The teams had met ten days earlier when San Antonio had crushed the Lakers by 26 points. This time things are different. This time the system matches the players. The Lakers win by twenty.

Like the Lakers under Westhead, the Wexford hurlers have been playing for three years in a style at odds, not with their tradition, but with their players' skill set.

With the removal of relegation from Division 1A of this year’s League, the opportunity presented itself for Wexford to experiment with a more direct style of play, utilizing the ball winning ability of forwards like O'Connor, Chin, and McDonald. This could blend with their current short style. Instead, the limit of the evolution was to swap Kevin Foley with Shaun Murphy as their sweeper.

During the league, this style under Fitzgerald aided by heavy underfoot conditions and questionable levels of focus from opposing teams works perfectly and has led to a league win rate against top nine opposition of over 60% during his reign.

Championship is a different story though, and outside of a notable 2017 summer victory over Kilkenny and a home round robin win in last year’s championship against Dublin, they have failed to even threaten to take the scalp of any of hurling’s other big guns. This has led to a win rate against the top nine of just 28% and does not represent progress from former manager Liam Dunne’s reign, when he presided over a championship win rate of 30% against the same opposition.

The lessons from Fitzgerald’s time in Clare have not been learned and the system still takes precedence over the player set available. A team which can field the calibre of forwards available to Wexford should not be prioritising the use of defensive players as shooters.

Wexford have an opportunity this weekend against a weakened Galway, but in the longer term, if they want to get the maximum return from their best generation of players in a quarter of a century, something's going to have to change.

SEE ALSO: Balls Investigates: Was The Dog A Ruse By Cavan To Disrupt Monaghan?

GAA
1 month ago
By Emmet Bradshaw
Davy Fitzgerald Opens Up On Abuse Directed At His Father
GAA
2 months ago
By Gary Connaughton
Davy Fitzgerald Wants To See Major Changes To Financing Of Inter-County Teams
GAA
2 months ago
By Maurice Brosnan
Inside The Most Dramatic Declines In Irish Sport
Popular on Balls
Football
14 hours ago
By Balls Team
Furious Clint Dempsey Smashed Window After Late Fulham Team Change
Football
17 hours ago
By Gary Connaughton
Report: Kylian Mbappe's Massive Wages Demands Too Much For Man City
Football
20 hours ago
By PJ Browne
DUP MP Calls For Rangers Title To Be Recognised In Parliament