Davy Fitzgerald Outlines The One Big Problem With GAA Punditry

The GAA appear to have opted for the Ezra Pound approach this year: make it new. Whether it be structures, rules or coverage, there was a definite sense of change. For Wexford hurling manager Davy Fitzgerald, that is to be welcomed.

When it comes to GAA Championship analysis and punditry the mainstays remains RTE and Sky Sports. Both evolved their approach this year, recruiting elevated camera angles and fresh pundits. There has been a definite change in the type of analysis done. Whether it be the likes of Jim McGuinness and Jamesie O'Connor on Sky Sports, or Tomás Ó Sé and Jackie Tyrrell on RTE, there is a clear shift towards analysis rather than discussion.

Ahead of the release of his autobiography, Davy Fitzgerald spoke to the Irish Examiner on a variety of themes including his health and sideline antics. One thing he touched on was this lack of actual analysis across the board:

How much analysis is there, really? Most of the time analysis is down to 'this is terrible, look at this crowd, they're playing a sweeper, that's not good for the game.' And that's when the analysis isn't just blaming one person for all the problems of the game, which you'd often hear as well. That's something I'd hope to see turn around, the personal criticism of people, and I believe it will turn around in time.

Fitzgerald hailed former Cork goalkeeper Donal Óg Cusack as an 'outstanding analyst' and revealed it was while watching him on TV that he decided to involve him with Clare back in 2016.

"I remember when I brought Donal Óg Cusack into the Clare set-up. It was because he wasn't doing that 'sweepers are terrible' stuff when he was on television. Rather than just saying 'Clare have a sweeper', he could point out what we were doing tactically in each game." 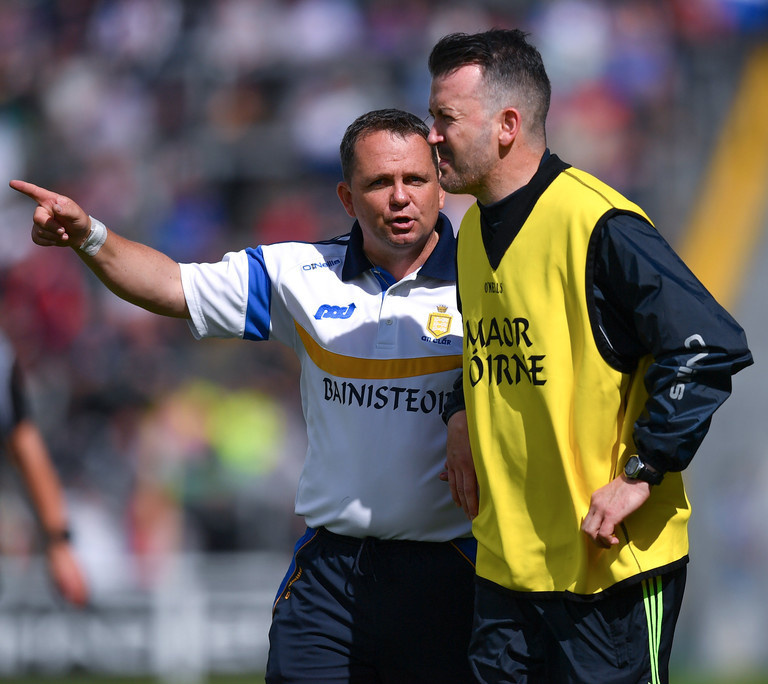 Fitzgerald's call for analysis over personal criticism has been echoed recently by new RTE head of sport Declan McBennett, who told Gaelic Life he would vigorously enforce this approach:

"They can be critical of formats, structures, tactics and systems but they cannot be critical in a personalised way of individuals. I have no time for, nor will I tolerate, personal attacks on individuals."

The restrained reason approach may not be as captivating as the traditional shock and awe, but ultimately it is a level of insight viewers can still appreciate without unnecessary fall-out.

Fitzgerald will be relieved to see the latest trend. The fact remains that this development is heavily reliant on the individual rather than technology, for both the pundits and the teams. As Susan Giblin, head of the Sport Performance Analysis course at the Portobello Institute, told Balls.ie in an interview earlier this year, this is the area many are still getting wrong.

You see often times teams getting huge investment, a bulk of money and they want to spend it only on the latest technology or toy. They would be better investing in a sport scientist or performance analysis who can work with the info they have whether it be recording matches or training and create meaning from that data.

The full interview with Davy Fitzgerald can be found here.

GAA
1 month ago
By Balls Team
"Why Would A Clareman Cut Another Clareman?" - Davy Fitz To Talk Loughnane On Sunday Game
5

GAA
1 month ago
By PJ Browne
'Maybe We Should Be Big Enough To Forget About It And Move On'
GAA
1 month ago
By Balls Team
"Why Would A Clareman Cut Another Clareman?" - Davy Fitz To Talk Loughnane On Sunday Game
GAA
6 months ago
By Maurice Brosnan
Inside The Most Dramatic Declines In Irish Sport
Popular on Balls
Cricket
12 hours ago
By Michael McCarthy
Irish Commentator Gets Rather Excited On BBC As Ireland Beat World Champions England