It was a big shock when it was discovered Dublin had broken Government and GAA rules by partaking in a group training session earlier this year.

Long the most dominant team in the sport, they are also seen as ideal role models for young aspiring players around the country. That is what made this particular breach so surprising.

Dublin have paid the price for that session, with manager Dessie Farrell receiving a 12-week ban and the county conceding home advantage in the upcoming league campaign.

Gaelic football will finally return to our screens this weekend, with the Dubs travelling to take on Roscommon. Forward Dean Rock was speaking at a media event to support AIG's 'BoxClever' insurance for young drivers this week when he was asked about the training incident.

He said it is something Dublin have learned their lesson from, and that they are now looking to put the 'regrettable incident' behind them.

It was certainly a regrettable incident, and something that we deeply regret.

We are obviously very apologetic about it. Look, we learned a lot of lessons from it. That's the thing, it was a mistake that we have acknowledged and accepted, taken our lessons from it, learned from it and moved on, and look forward to the season ahead.

With hindsight, it never would have happened. I know an apology was issued at the time, and I'd like to follow up on that with another apology really, just to apologise for what we did. As I said, in hindsight it would never have happened

We take the lessons from it and we move on. And sometimes you kind of, as an inter-county footballer you think playing inter-county football is the be-all and end-all. But I think a big lesson for us is there are far more important things in life than sport and Gaelic football.

That's something that me personally, I've taken from the whole debacle. Just move on and hopefully look forward to a good summer of football.

Dublin are heavy favourites to secure a seventh consecutive All-Ireland title this year, although the strange structure on this year's inter-county season perhaps leaves a little bit more room for a shock or two over the coming months.

SEE ALSO: 5 Of The Most Ridiculous Rule Changes Trialled By The GAA 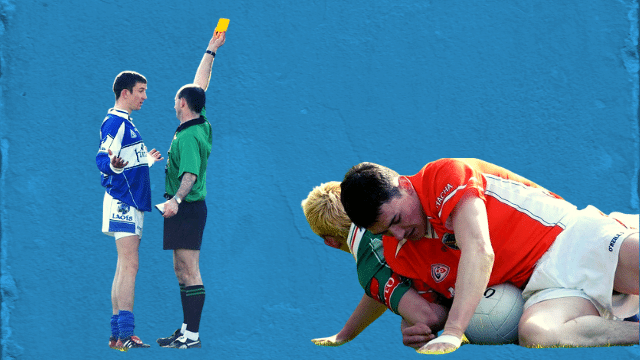