If you told a Kerry fan today they'd retain 100% of their kickouts, not concede one scoreable free, and win as many turnovers as Dublin then you'd have forgiven them for presuming that Sam Maguire would surely be heading to the Kingdom tonight.

However, while they actually managed to accomplish all of the above they still could not get in the way of history as a remarkable Dublin team - perhaps the greatest of all time - romped home.

While there are undoubtedly a vast number of different factors that influenced the outcome of the match, the one glaring statistic has got to be Dublin's efficiency in front of goal compared to the chances Kerry spurned. In the first half, Dublin did not kick a single wide, with three balls into the keeper's hands the only marks against their attackers.

When we look at the stats provided by Sure, the official statistics partner of the GAA, we see they only kicked four wides altogther. In total Dublin converted 18 of their scoring chances from play, a 64% conversion rate, while Kerry managed 46%. 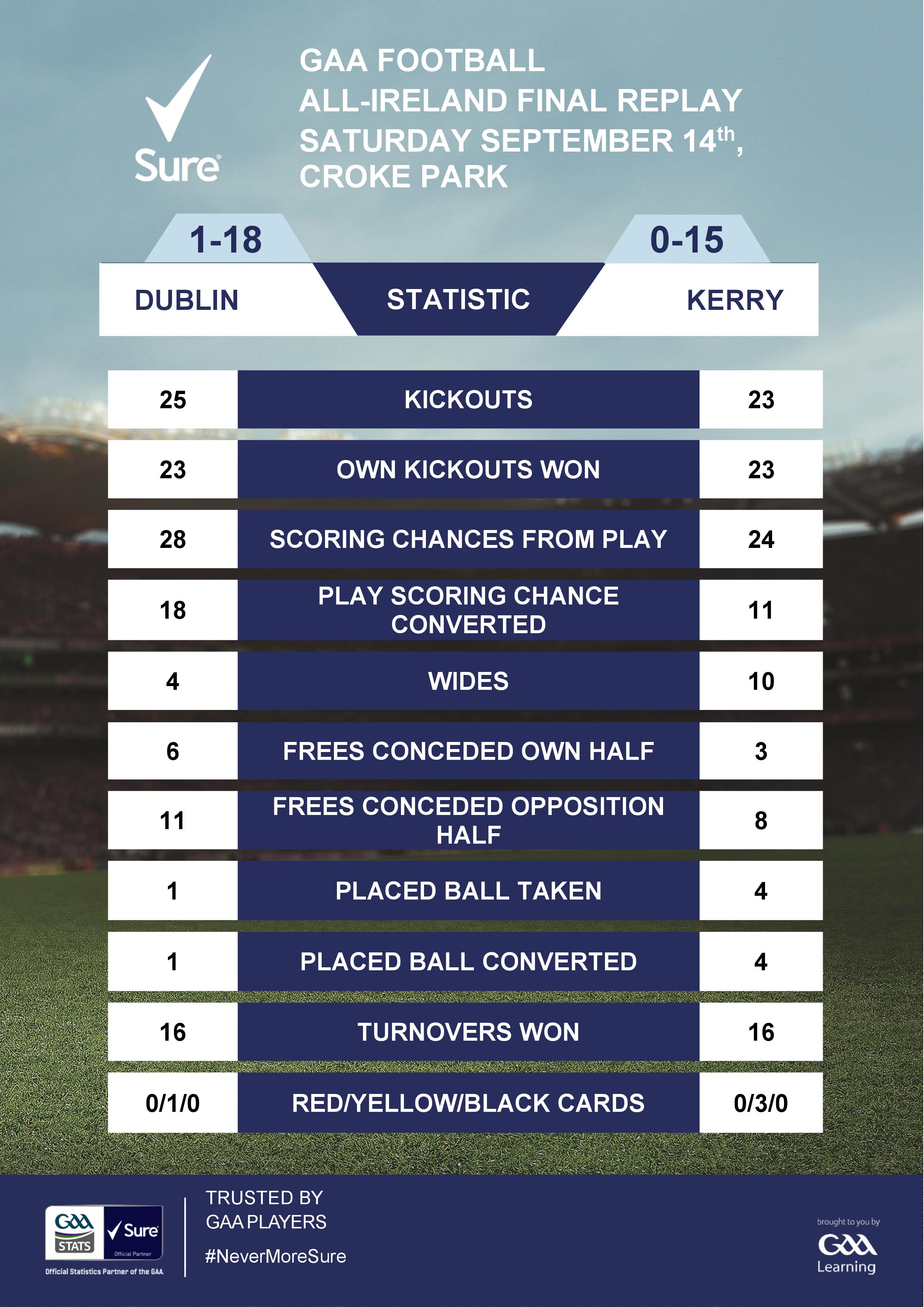 Rob Carroll - who has provided Sure's stats - took to Twitter to delve even further into what happened. His analysis shows that Kerry's shooting return dropped from 78% in the first half to 27% in second.

On an individual basis, the scoring return from Dublin's main scoring forwards in the drawn game was:

Their stats in the replay read:

An eight point swing in the space of two weeks from their main scoring threats. The stuff that wins you an All-Ireland. Or indeed, five of them!