The Open Secret To Dublin's Success Might Be A Cliché, But Ignore It At Your Peril

It is no surprise that the most successful coach in the NFL is also the most secretive. Everything Bill Belichick does is clouded in a cloak of mystery. The man carries an obvious disdain for media and shares little. Constantly intense, ever focused.

The only thing that matters for the New England Patriots and his legacy is that his methods work. The 69-year-old is the longest-tenured active head coach and has six Super Bowls to show for it. That does not include the two as defensive coordinator with the New York Giants.

Then there are the 31 playoff wins, nine conference championships, a league-record 17 consecutive seasons with at least 10 wins. Relentless. 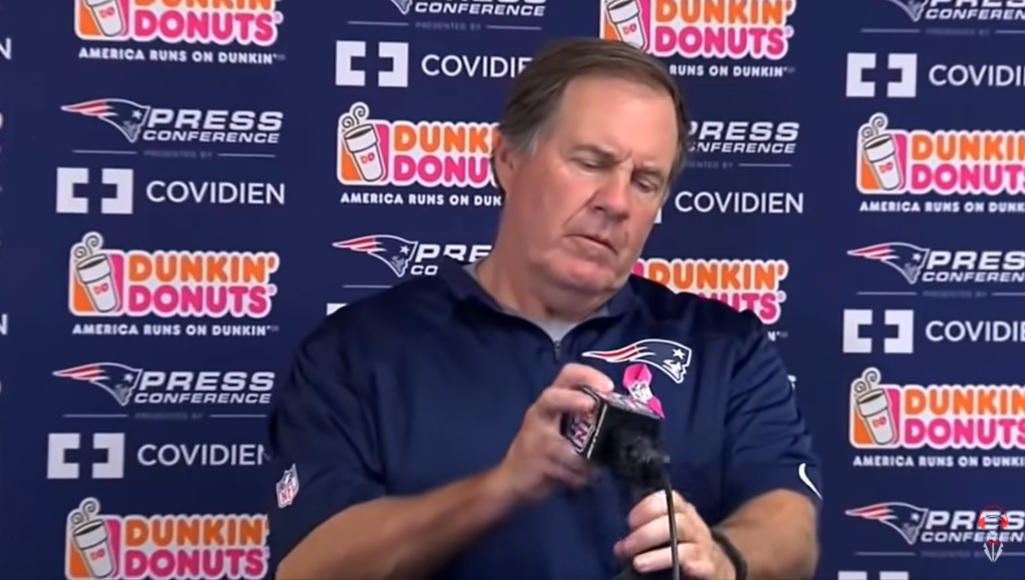 Yes, Belichick's shtick can sometimes feel like a charade. Just last week he repeated the claim that he is not a fan of analytics. This is despite the fact that there is countless on-field evidence that the Patriots incorporate and rely on advanced statistical analysis for their game plan.

And yet, for all the smoke and mirrors, there is much that can be learned from listening to 'Hoodie.' While the temptation may be to disregard his utterances as bland and meaningless, the reality is that they reveal a fundamental truth. There is no doubt Belichick understands and appreciates convoluted tactical analysis, but that is not his tenant. It all starts with mastering the basics.

“I’d prefer good players, good fundamentals and good execution,” he replied when asked about analytics at the General Manager Forum recently. Everything else is secondary to that.

This theme is a constant in his career. It has been this way from the offset.

"Every player has to establish his level of performance every single year," Belichick said during the 2000 preseason. At this point, the Patriots had never won a Super Bowl.

It was the most striking aspect of a 2016 exhaustive ESPN Oral History. Everyone who worked with him preached about his adoration for the simple things.

"My film breakdowns weren't what he wanted, so he says, 'Let's just sit down and go through a few plays together.' We're getting ready for Tampa, he throws the first play up on the screen and starts going, from the inside out, over every single tiny detail.

"'See this split of the linemen? That's 2 feet. That's 3 feet. That one's 2 feet between the center and the guard. Write that down. OK, now look at the splits of the wide receivers. The Z is inside the numbers. The X is outside. OK, the quarterback. Look! Right there! He looks to the left, to the right, to the left, then to the middle and then he hikes the ball.

"You gotta monitor that because it could help our defensive linemen get a jump on the snap.'"

Jim Schwartz is the senior defensive assistant for the Tennessee Titans. He worked with Belichick at the Browns as a scout. He had one big takeaway from that experience.

Probably the biggest thing I learned from Bill is that there isn't anything that is not important. Anything that touches the team is important. That philosophy of 'Don't sweat the small stuff'? Yeah, that was never his philosophy.

The same intense focus on the basics is credited to this current Dublin dynasty. At this stage, it has become a cliché. Dublin are so good at the simple stuff. That doesn't mean it is not true. 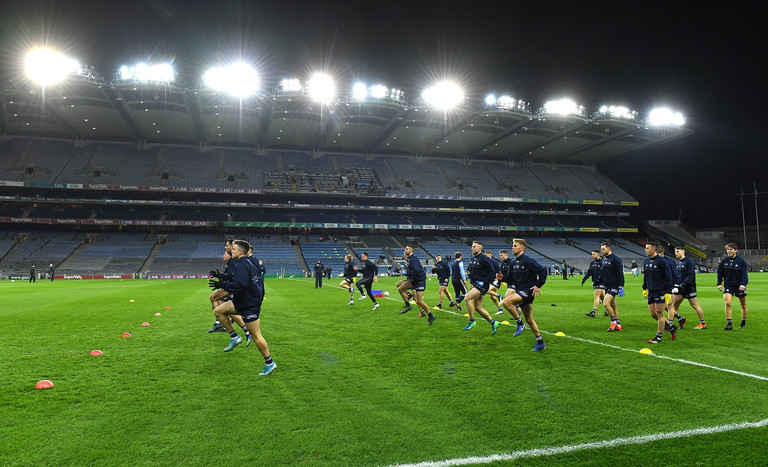 Whether it be opposition coaching tickets, in the media, or amongst the general public, tactics, set plays and styles dominate numerous conversations. This is understandable and human nature. It is more interesting to discuss Dublin's hand signals or rotating inside forward line than it is to focus on their solo and handpass ability.

The problem comes when these aspects are considered more important. The best coaches recognise this. Last year Dublin GAA recorded an insightful hour and a half long defence session with renowned coach Donie Buckley.

Before the Kerryman started training, he outlined his philosophy for the group.

It is all about defending. When you are defending, you have individual defending, group defending and team defending. We will do that all of that for the first half, three-quarters of our session. Then after that, when we win the ball back how we are going to counter attack.

But that is no good, you will not win the ball back if the individual defending is poor. If the group is not working as a group and a team. All different clubs have different systems. Sweepers, double sweepers, triple sweepers, everything.

That is how the session was structured. It started with basics; catch, kick, pass, run, tackle. Cues emphasised the need for total accuracy. Every player was instructed to use both feet. From there it escalated, drills became more intricate and wide-ranging. But it was all built on mastering the foundation.

Transforming that to the field is the next issue. For example, every inter-county player is able to execute a handpass.

Nevertheless, when Tipperary were presented with a goal chance and the opportunity to end the contest last weekend against Clare, it was an inaccurate handpass that cost them.

A long puckout breaks kindly for Jake Morris, who collects and runs towards goal. 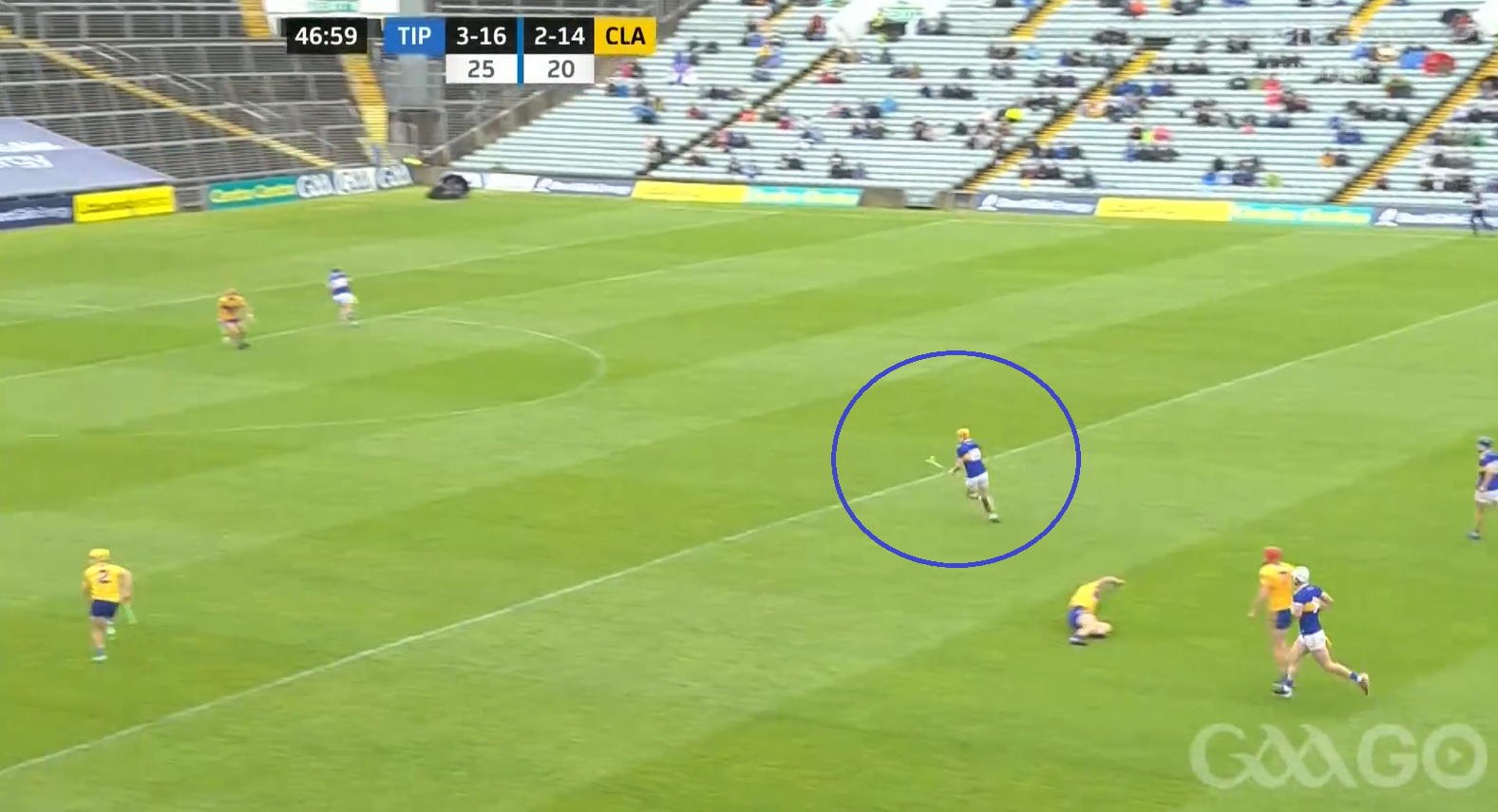 Tipperary now have a 3 v 4 and an accurate pass left or right would ensure a promising opportunity. 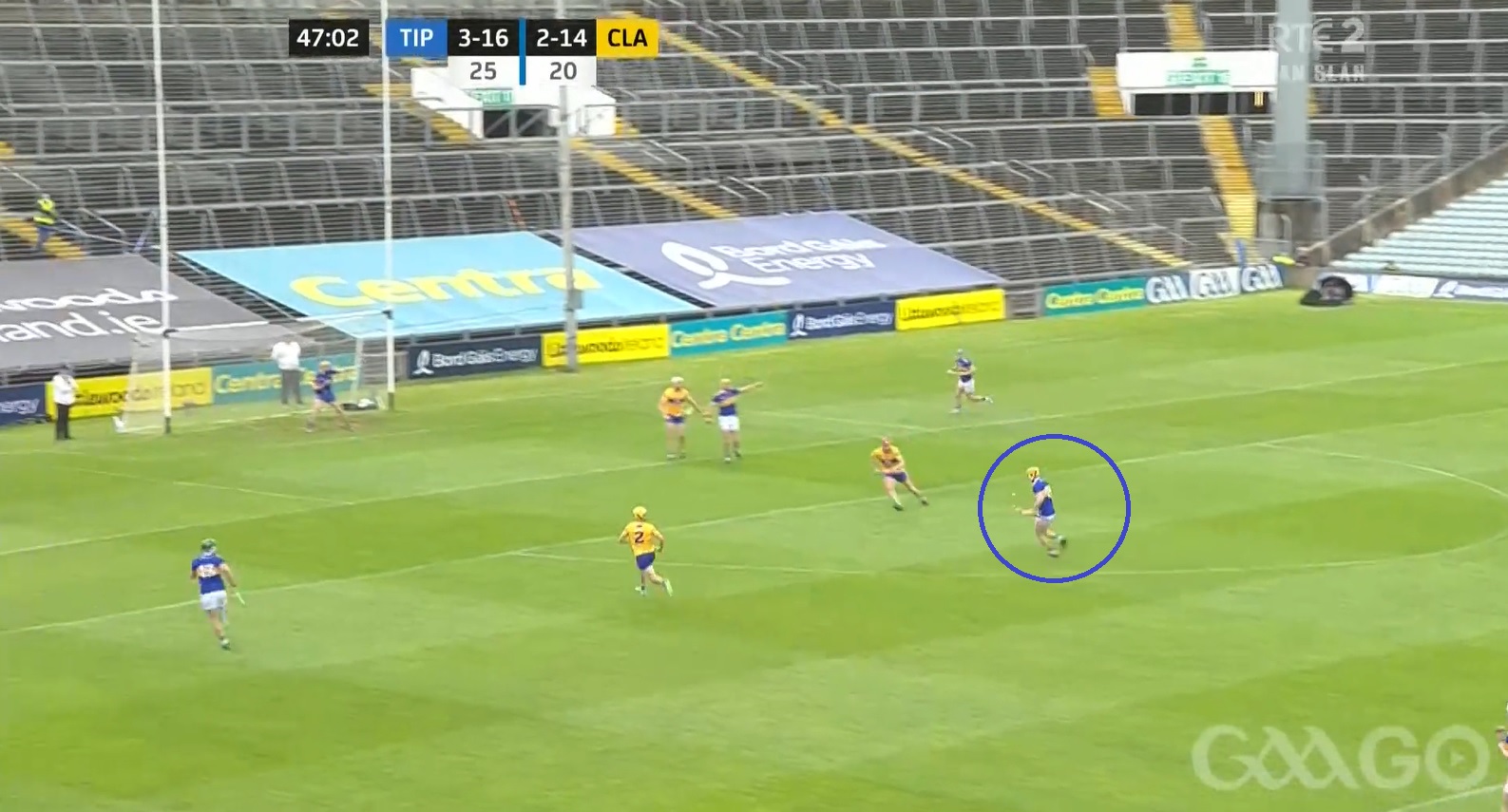 However, the pass to John McGrath loops high and wide. Clare can scramble and the goal chance is gone. 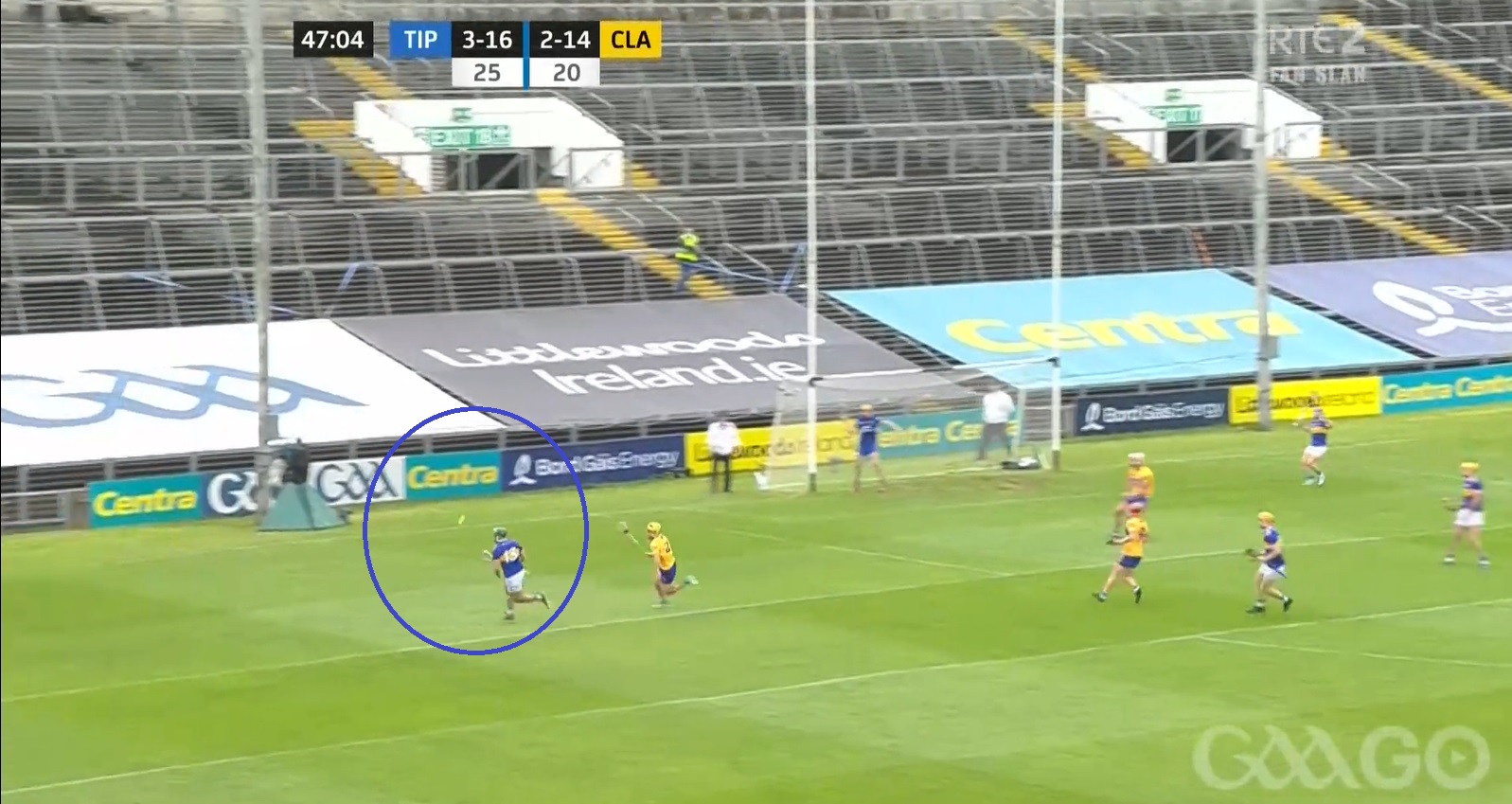 Tipperary still managed to win comfortably, but in a Munster final against All-Ireland champions Limerick, every chance will matter. As the stakes rise, first principles become more imperative.

Consider Dublin's opening goal from the 2020 All-Ireland final. It had the full array of basic skills performed to an elite level.

Dean Rock's goal: a goal for the age of Tik Tok. It took less than 15 secondspic.twitter.com/cPTwLg02E7

Dublin's success is thanks to layers of sophistication and periodisation. At the same time, they never lose sight of what is most important. It is all built on a strong foundation.

SEE ALSO: Just How Important Are Hand Signals In The Modern Game? 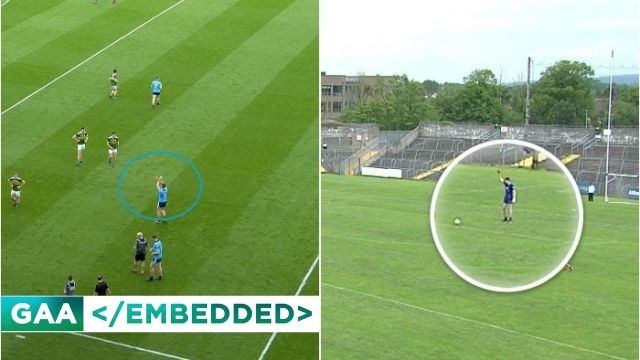