It took extra-time to separate the teams as they combined to score five goals and 49 points in all. Loughgiel won the game by four.

3-3 of the St John's total was scored by Domhnall Nugent. That was despite the centre-forward dislocating his elbow just 15 minutes into the game while blocking down a clearance.

"That's Domhnall, he's a battler, he's a warrior, he'll do it until the end and battle for every ball," said Antrim Director of Hurling Neal Pedan.

Nugent played the entire game and was named Man of the Match by commentator Johnny McIntosh.

"Every time the ball landed on top of him, he broke the ball down," said McIntosh.

"He caused havoc. St John's scored 5-18 and I would say 5-7 of that came as a result of Domhnall's work. He was the lifeblood of St John's."

Loughgiel will play Dunloy in the final after they defeated O'Donovan Rossa. St John's had been aiming to make their first Antrim decider since 1994.

In Pictures: The Best Of An Action-Packed Club GAA Weekend 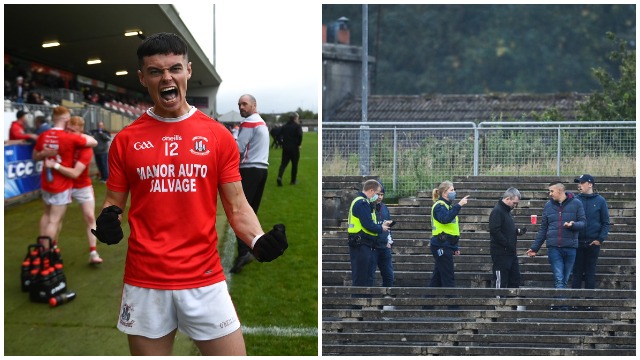 GAA
4 months ago
By PJ Browne
'I Won't Bring The Hurley The Next Time. I'm A Footballer'
Popular on Balls
Rugby
17 hours ago
By Gary Connaughton
Watch: Stunning Late Leinster Try Seals Win Over Munster
MMA
8 hours ago
By Balls Team
Revenge For Dustin Poirier As He Hammers Conor McGregor