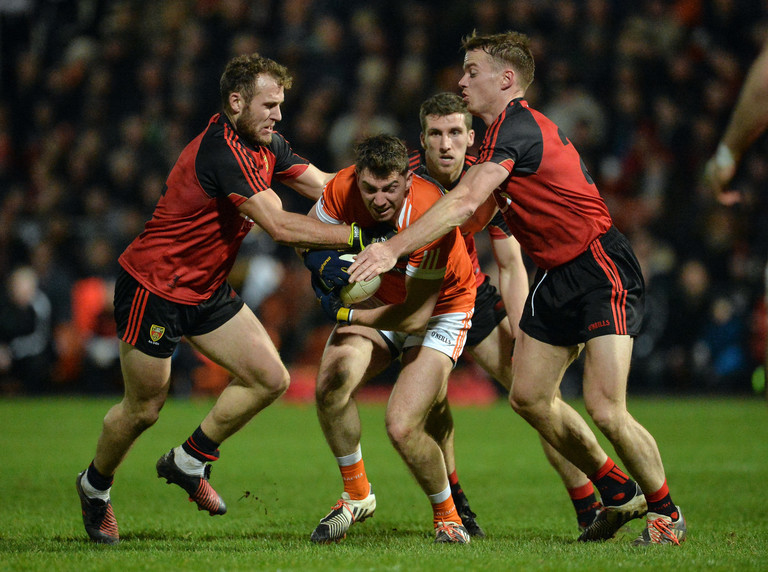 If you're wondering what GAA is on TV this weekend, then fear not, we have all the information here. A good weekend of sport lies ahead folks.

GAA on TV this weekend

Carlow will face the Dubs on Saturday night at O'Moore Park, with the throw in at 7pm

The match will be shown live on Sky Sports 5. Coverage starts at 6pm.

Carlow are most likely still on a buzz after unexpectedly defeating Wexford but they face an even bigger challenge against Jim Gavin's men.

The match will take place in Páirc Esler, Newry at 2pm.

Neither of Down or Armagh have been in the best of form recently, with poor performances and defeats from both teams.

Armagh manager Kieran McGeeney will also be in the crowd, as he is currently serving a 12 match ban.

The game also marks the return of Jamie Clarke, for the Orchard County, this will be his first championship match in 2 years.

Limerick and Clare will clash on Sunday evening at 4pm, in Semple Stadium, Thurles.

The game will be live on Sky Sports 1. Their coverage starts at 3pm.

Limerick will have to face the banner though without the duo of Diarmaid Byrnes and William O'Donoghue who have both been ruled out due to injuries.

RTE will have highlights of all the weekend's action on The Sunday Game at 9pm on RTÉ Two.

GAA
4 years ago
By Cian Roche
'It Can Be Very Frustrating... That's Probably Why We Went So Mental'
GAA
4 years ago
By Mikey Traynor
Watch: 2 Goals In 2 Minutes Lift Mayo To Hard-Fought Win Over Clare
GAA
4 years ago
By David Kent
The Sunday Game Can't Agree What To Do With Restructuring The Championship
Popular on Balls
Football
1 day ago
By Eoin Harrington
'Ronaldo Is A Cod' - Remembering Eamon Dunphy's Infamous 2008 Rant
GAA
21 hours ago
By PJ Browne
The Draw Has Been Made For Tailteann Cup Opening Rounds
GAA
1 day ago
By PJ Browne
Donal Óg Cusack Defends Dublin Hurlers After John Mullane Criticism
The Rewind
2 days ago
By Eoin Harrington
Watch: Brilliant Dermot Morgan Dublin Segment From 'The Travel Show' Resurfaces