The game saw unprecedented developments in the last decade. It is ten years since Jim McGuinness's appointment as Donegal senior manager. His reign would go on to deeply influence and define the game in almost every practical sense.

Whether it be tactical shape, training loads, commitments or strategies, pale imitations or advanced improvements, so much of the last ten years stems from McGuinness's blueprint. 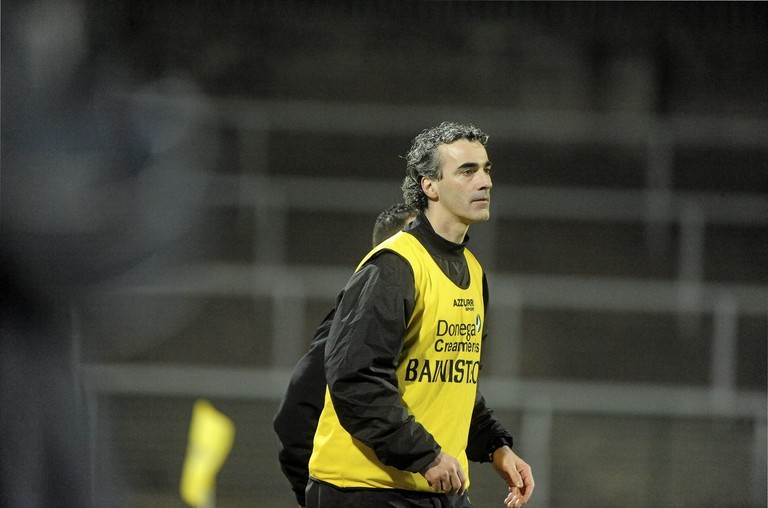 Coaches will continue to innovate. Throughout history, they always have done.

Whether it be Dick Fitzgerald's 1914 How to Play Gaelic Football, Eamonn O'Sullivan's The Art and Science of Gaelic Football which was published in 1958 or Kevin Heffernan's coaching courses which attracted the likes of Mickey Ned O'Sullivan and Mick O'Dwyer, the game's thinkers have always challenged protocol and developed new theories.

At the same time, tactics are inherently reactive. One style starts to win and everyone else looks for a way to respond to it. The nature of that reaction will naturally gravitate towards defensive or offensive. Real innovation only occurs in the later. A defensive system is reliant on organisation, offence demands huge imagination. 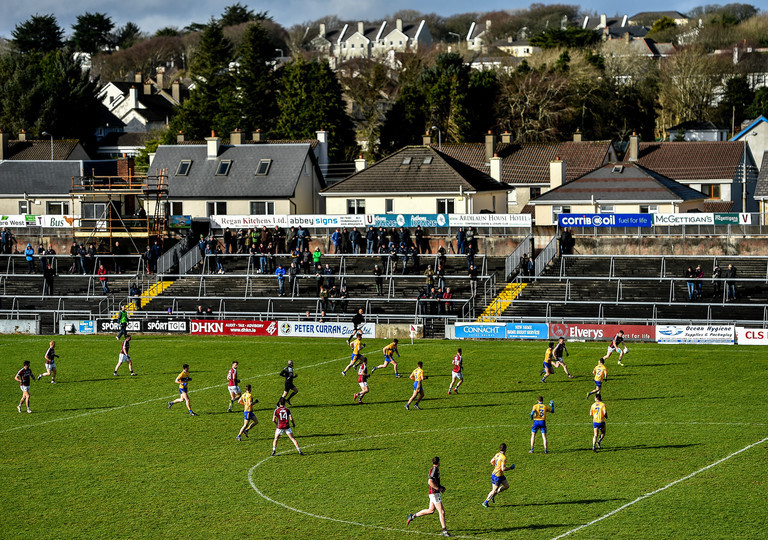 That is why defensive methodology is applicable across teams or sports. The principles are the same; low blocks, clear understanding of purpose, numbers behind the ball. There is one overarching goal and a finite number of ways to achieve it.

Attack requires much more creativity. Due to the nature of the last decade and the trends of 2019, the pressure is on teams to innovate in attack and progress from there. Here are some ways they will continue it. 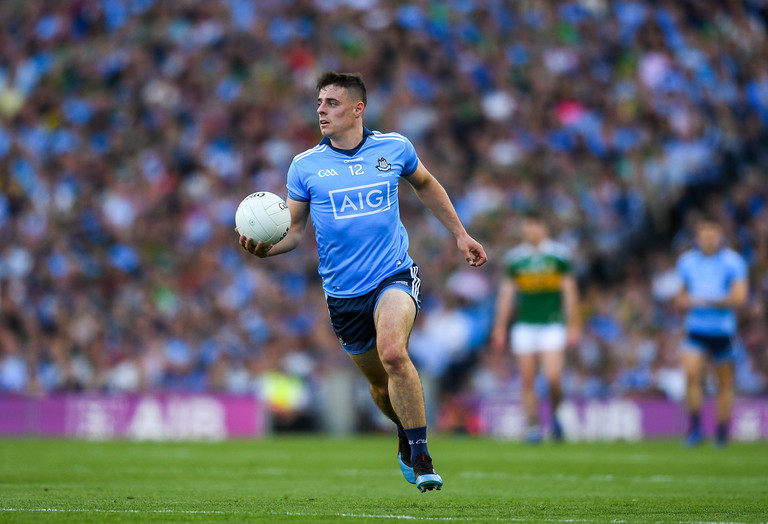 Managers strive to actively disengage from the traditional forms that came before. There was a time when the Kerry footballers were encouraged to stick to their positions, with laid-out 'grids' in training. That era is gone. The game has evolved.

Traditional positions of the past are now redundant. In a game as dynamic as the current one, there is an onus on every player to be effective on both sides of the ball.

The way the game is played now, it is so fluid. The idea of positions has become obsolete in the traditional sense. When you lose the ball the ideal is 15 defending within a certain shape.

When you win the ball, ultimately what we like to do is try and have men up the field to have a kicking game. Sometimes you can't do that, then you need a running game.

But look at the best teams now, everyone aspires to be like Dublin.

That evolution started with half-backs and forwards but it now extends to the entire team. Consider the side new Galway boss Padraic Joyce has named for his opening FBD League game this weekend. Every player from 2-15 is capable of operating in any area of the field.

Shane Walsh has been named the new Galway senior football captain for 2020. The Kilkerrin-Clonberne clubman has been named at full-forward for Sunday's Connacht FBD semi-final with Mayo in Castlebar. #galwayfootball #GAA pic.twitter.com/AAzPbGc2xM

As they look for improvements in their attacking game, that fluidity will prove crucial. 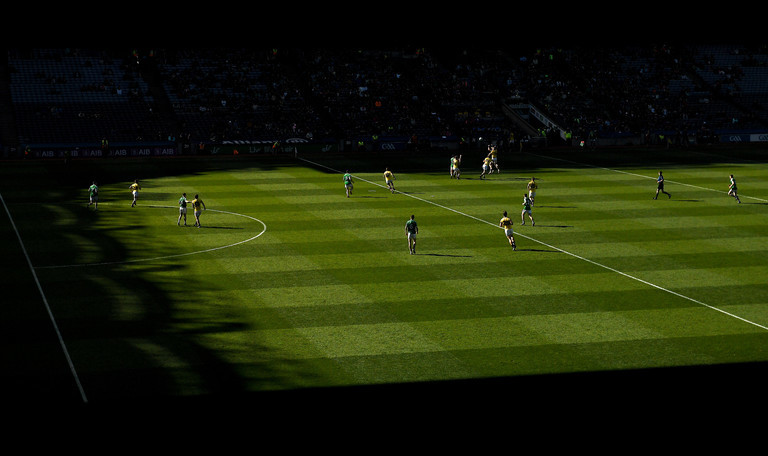 The true test of a successful kick-out is not retention but converted scores. The best chance of orchestrating a score is going long and therefore, teams will continue to try and press in a bid to force opponents to go short.

Kerry did this successfully in the drawn All-Ireland final. Their opening score of 1-2 came as a result of turning over three short Stephen Cluxton's kick-outs. In response, Cluxton went long with the next four kick-outs. The result was 1-1.

Outstanding work from Dublin as Jack McCaffrey sprints up the field and scores a goal! pic.twitter.com/xuzUZ4U3Sr

You can tap a ball to a corner-back all day, rack up a 90%+ success rate and watch helplessly as your players get turned over out the field time and again. Nothing should be analysed as binary, the overall picture is imperative.

It was interesting to see club All-Ireland finalists Kilcoo, under the stewardship of legendary coach Mickey Moran, push their full-back line out the field from kick-outs and target out the field last weekend.

The Kilcoo backs were having none of your short kickout malarkey ...

Plus I'd pay extra to have access to this angle for all kickouts ! pic.twitter.com/W3WHJPwtdX

Creating space in the '45 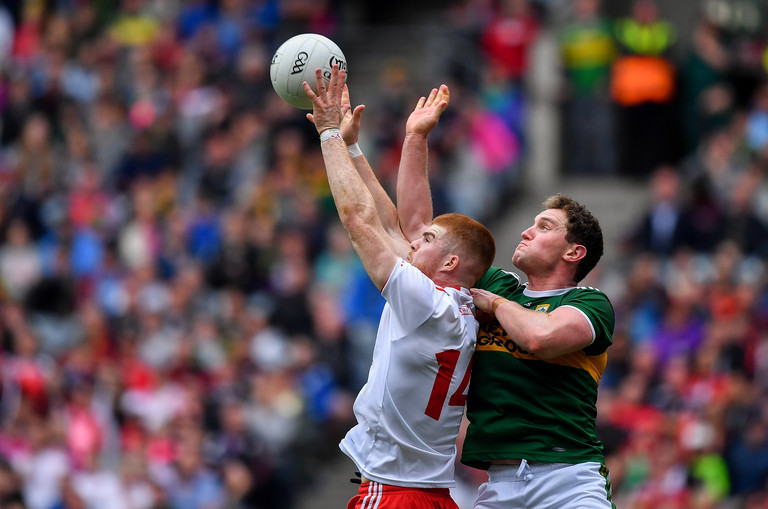 Gaelic football is ill-prepared for what is coming down the tracks due to the advanced mark, both in terms of the intended and unintended consequences.

The lack of meaningful debate and analysis means it remains a ticking time bomb ready to explode with a controversial, potentially game-deciding, decision. As Cahair O'Kane highlighted, there is theory and practice with all new rules, particularly this one.

Teams will bastardise the attacking mark. You'll see this come in, rather than what it was intended to bring back. Passes from wide that travels 20m but not into a congested area, giving a 35/40m free shot from dead centre #GAA pic.twitter.com/jayKIxK5TT

On the plus side, there should be much more consideration in terms of ways to orchestrate space within the opponent's 45.

Dublin displayed this during their league clash with Kerry last year.

Dublin pull the majority of their forwards our past the '45. Kerry keep a body off defenders along that line but space is now available inside. 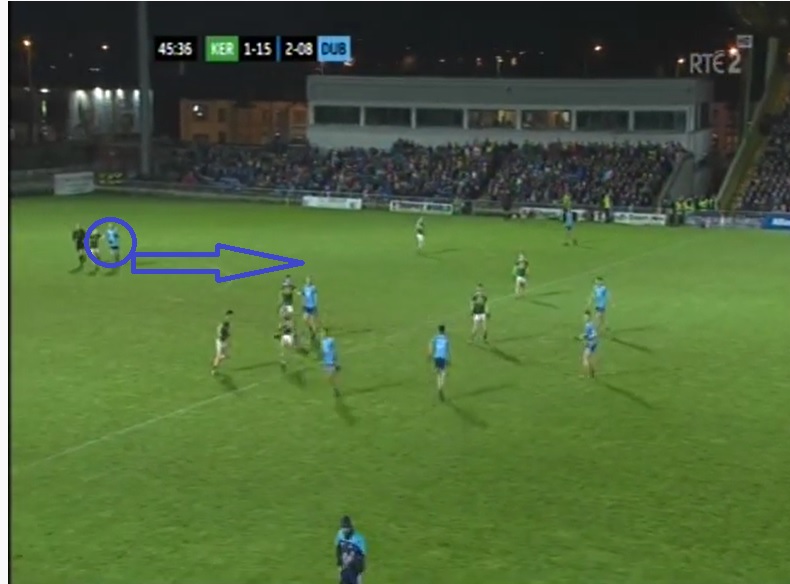 There is now space inside. 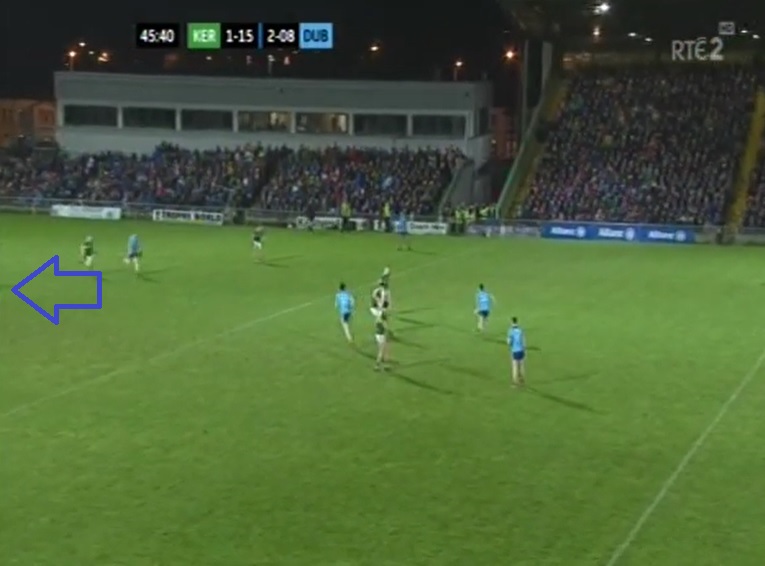 Dublin kick long and Paul Mannion can claim the ball for a mark. 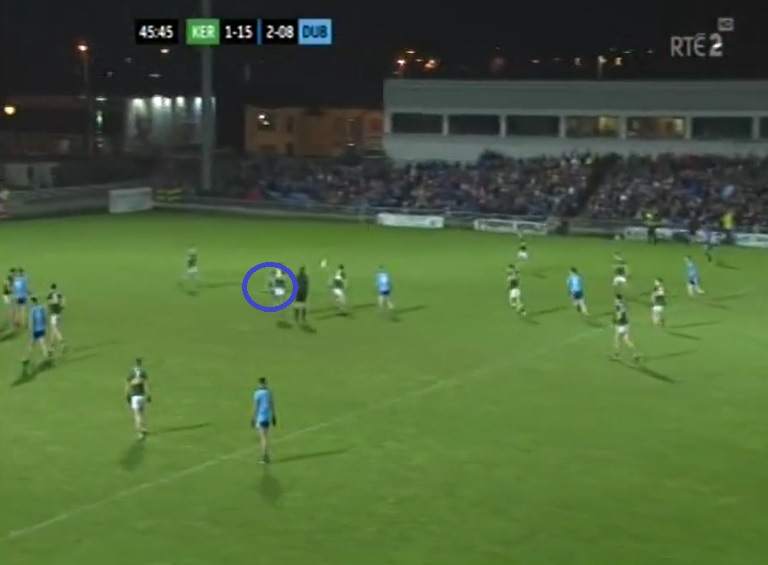 Within two seconds he is surrounded by defenders once more, but because of the mark has a free shot at the posts and scores. 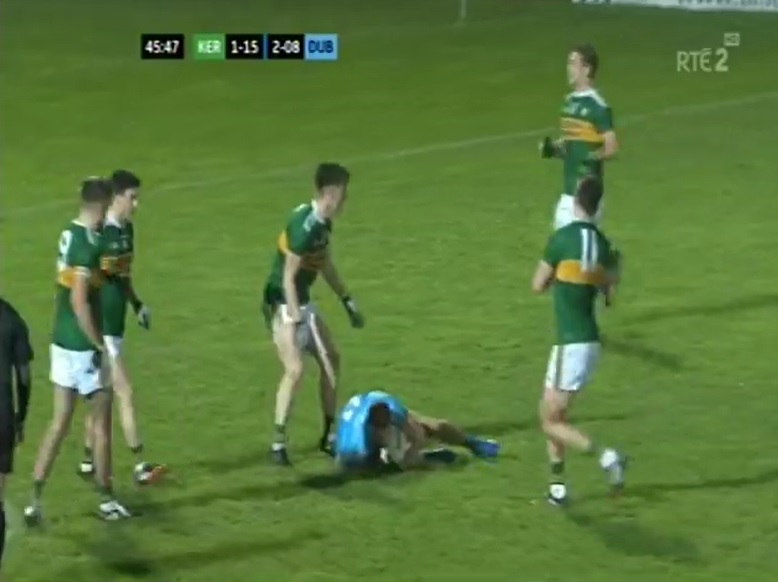 There is also a decision in terms of when to take the mark and when not to. Inevitably, at times attackers will get this wrong. In the below example Stephen O'Hanlon ignored the available mark and played on. The gamble paid off. 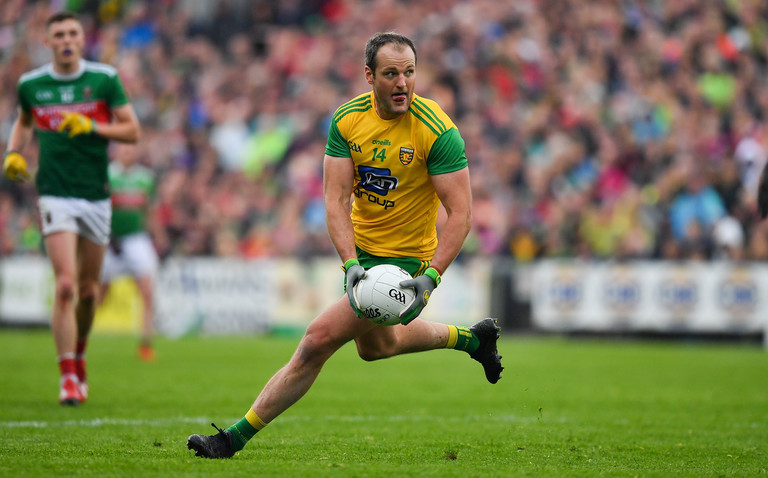 With increased conditioning and levels of fitness, long passages of play are inadvertently on the rise. However, as Meath coach Colm Nally told Balls.ie after last year's All-Ireland final, teams have started to do it intentionally as well. 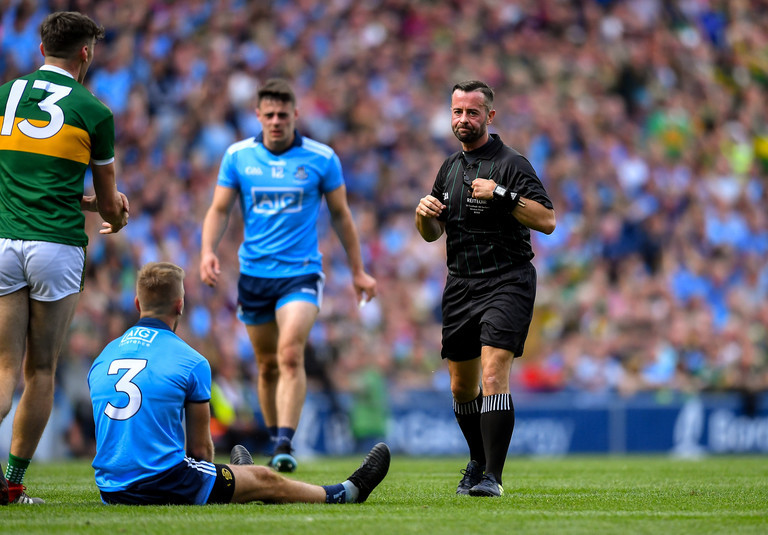 Speaking of Dublin, there will be red cards this year and teams will try and reproduce Stephen Cluxton's tactic from last August.

Down to 14 men so everyone pushes up and Cluxton marks Tommy Walsh.

The bogeymen refuse to die. pic.twitter.com/L4lNYx1km3

Kerry and Dublin both enjoyed some success with full-court presses last year. 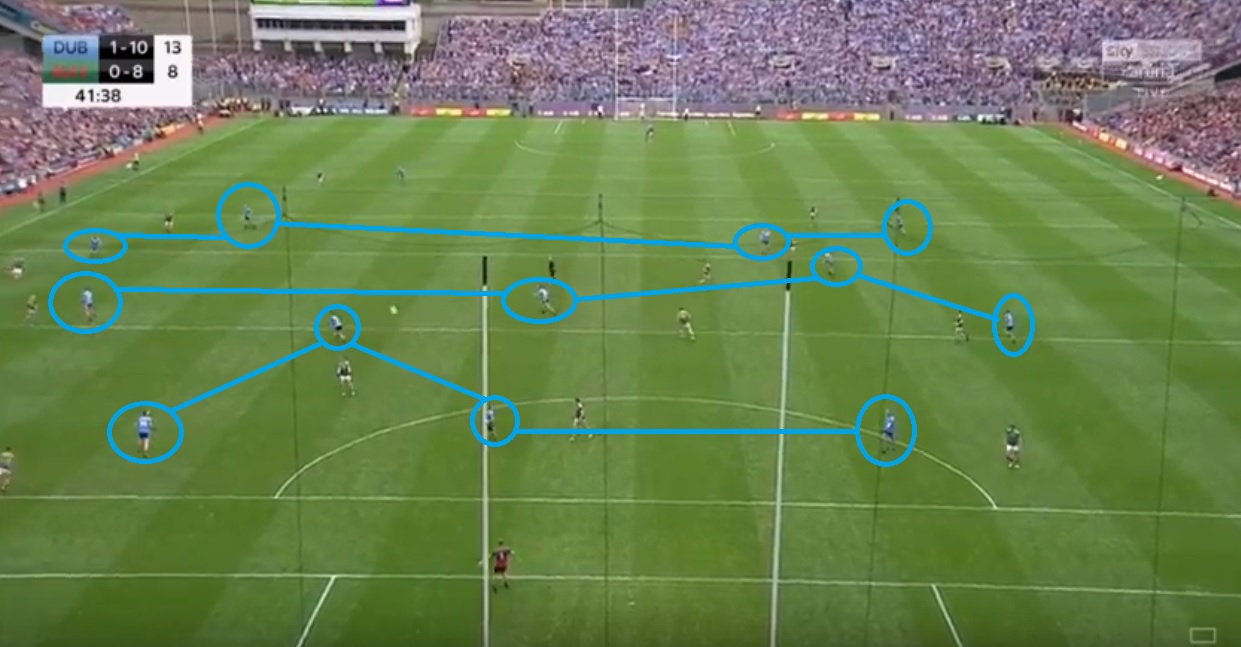 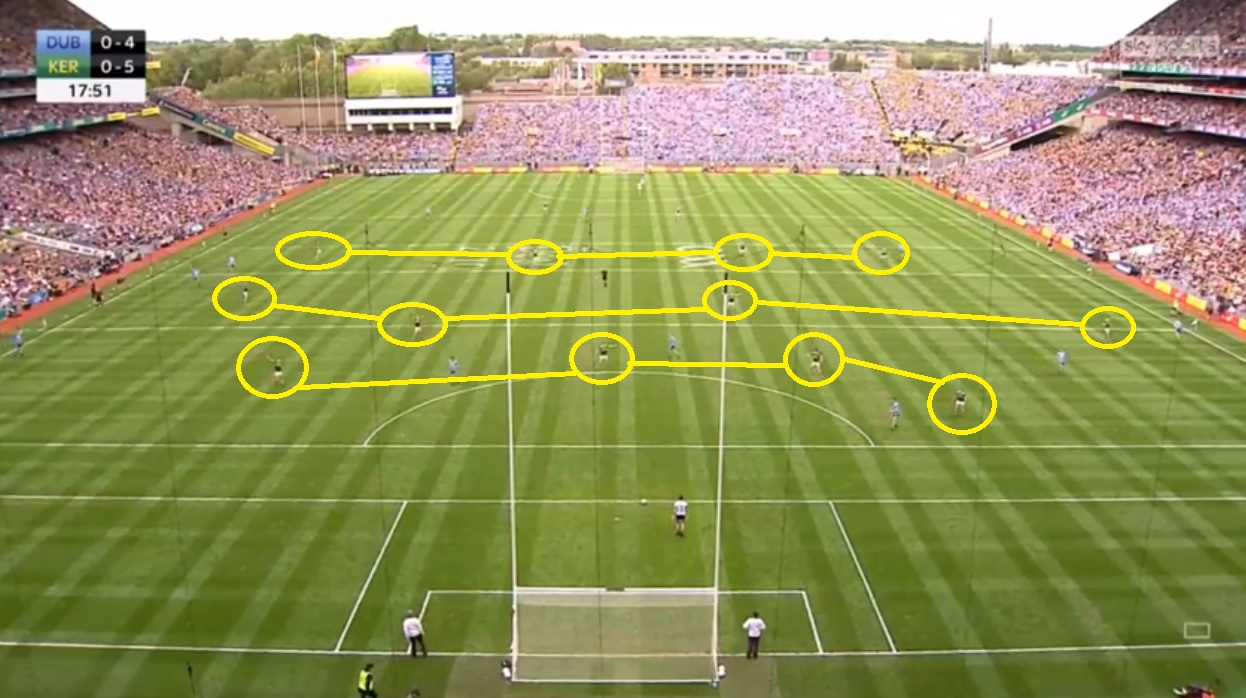 But like every tactic, there is a reaction. Cluxton's ability to pick players out at range forced Kerry into a rethink and they pulled back. A press is only truly available after a set-piece anyway, but the gamble facing teams now is whether to push on or withdraw.

From play, we already saw what Cluxton did last year in response to Johnny Cooper's red card. What would be an interesting scenario is to see how they would react in a similar situation with 15 men. A full press from play is generally near impossible as a goalkeeper is always a live option and can come out to create overloads.

But over the last two seasons, we have seen more and more keepers roam. That is in attack, what if teams were brave enough to do it in defence?

If a goalkeeper presses up, every other line can press up once more and square off up the field. It is a high-risk tactic that would only be a live option when chasing a game, but it would be precisely the type of real innovation and ingenuity the game is crying out for.

SEE ALSO: GAA Must Consider The Costs When It Comes To AFL Compensation

GAA
1 year ago
By Maurice Brosnan
7 Gaelic Football Prospects To Watch Out For In 2020
Popular on Balls
Golf
16 hours ago
By Donny Mahoney
'I'm Made For This': Shane Lowry Inspires Europe With Epic Putt