2020 was a year none of us will ever forget. Covid challenged - and continues to challenge us - all. That said, it gave us an opportunity to fully appreciate the institutions in society that we really value.

For people across Ireland, the first lockdown provided a chance to reflect on everything that GAA clubs do for us. GAA clubs are more than just playing fields: whether you're in the city, suburbs or in the heart of the country, GAA clubs are the hub of so much Irish community life. And while so much of what we love of the GAA takes place within the perimeters of a playing field, the club would be nothing without those tireless volunteers who make sure the plumbing works, the dressing rooms are cleaned and the pitches are lined. 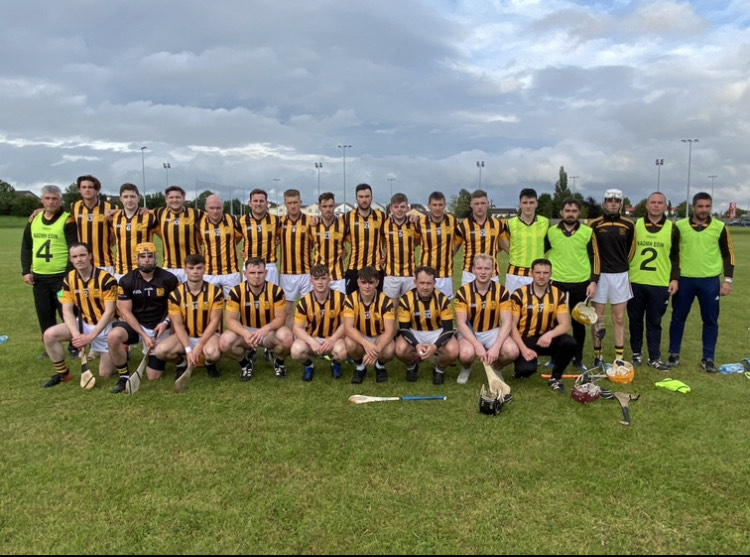 Given the year that was in it, ourselves and Sports Direct thought it was worth putting out a call to find the Club GAA Unsung Hero of the Year. There were many outstanding nominations to our call for Unsung Heroes, but in the end, one nomination truly stood out.

The winner of this year's Unsung Hero of the Year award is Gary Murphy of Naomh Eoin in Carlow.

Before you learn about Gary, we'd like to tell you a few things about Naomh Eoin. Naomh Eoin is a medium-sized club in Myshall, at the foot of Mount Leinster, in Carlow

According to club secretary Catherine Hoey, the club is a vibrant community hub in a rural Carlow parish:

Our colours are black and amber and the lads from the little ones up are very proud to wear their club jersey ,we may not always be on the winning side of the fence but we are proud of our club, and of those who support us and work hard behind the scenes and in all aspects on and off the field to keep the club running and active.

Gary is one of the people working tirelessly behind the scenes. 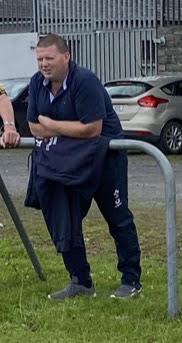 Gary says Naomh Eoin has about 100 active players at senior level, with a senior hurling team and an intermediate football team, and another 100 or so juvenile players. All of that means there's a lot of work to do to keep the club up and running.

Gary says he gave up playing GAA at minor level and developed his love for working behind the scenes in the GAA from his father, who was PRO for Carlow County Board for 33 years.

'From the time I was 6 or 7 years old going around the county for matches, I got the love of it. I didn't make it at the playing grade, so I threw my lot in at that end.' 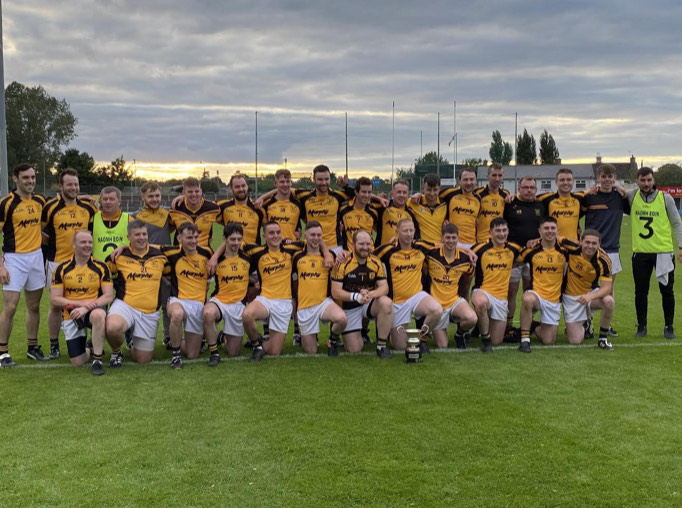 For Gary, there are many benefits to being so involved in the club, but it's the community involvement that makes it so worthwhile.

'You're meeting people the whole time. You're getting to meet  loads of new people. Even in the parish, you get to know people that you wouldn't have known otherwise. You might know them by name, you might know them to see, but when you get down to the pitch, there's always someone to get talking to.'

When Gary was nominated, he was singled out as the club's 'Casper the friendly ghost'

'He works away quietly without receiving any recognition for all he does and it's all done unknown and unseen to those who just take it all for granted.'

Here's how Gary describes his own philosophy for getting things done at the club.

'Someone has to do it. If I see something that has to be done, I'll tell the lads that we may do this or we may do that, but we do it. If everyone does their bit, you can get an awful lot done, in any year.'

Of course, covid brought genuine challenges to all sporting organisations. Gary took on the role of covid officer at the club after the first lockdown, and said that once an initial stage of uncertainty was overcome, everyone at the club bought into 'the new normal'.

'It was hard that you didn't know where you were going, you didn't whether you were going to have a Championship, and when it was announced, there was a good bit of work required with Covid, and complying with everything. I looked after that as well for the senior club. But once that was set up, everyone worked along with it and it fell into place. But it was a strange year. You had to tell lads 'you can't train'. You never like doing that, but you have to play by the rules as well.'

Gary's goal for this year is one we'd all share - 'get everything back up and running again for 2021'. It might seem a long way off from this stage of January, but the members of Naomh Eoin can be assured their club is in good hands once things get back to normal.

GAA
1 day ago
By PJ Browne
Once Told He Wasn't Good Enough, Gearóid Hegarty Now Hurler Of The Year
GAA
3 days ago
By PJ Browne
'He Was Such A Battler' - Hegarty Pays Tribute To Late Limerick Physio
GAA
1 week ago
By Declan Rooney
'I’ve Heard Nothing Of Anyone Stepping Away So Far, Which Is Good'
Previous Next

GAA
1 day ago
By PJ Browne
Once Told He Wasn't Good Enough, Gearóid Hegarty Now Hurler Of The Year
GAA
3 days ago
By PJ Browne
'He Was Such A Battler' - Hegarty Pays Tribute To Late Limerick Physio
GAA
1 week ago
By Declan Rooney
'I’ve Heard Nothing Of Anyone Stepping Away So Far, Which Is Good'
Popular on Balls
GAA
17 hours ago
By PJ Browne
'I Have Pictures Of Stephen Cluxton All Around My House, It’s A Bit Weird!'
Rugby
18 hours ago
By Balls Team
Son Of Offaly Hurling Legend Set For Super Rugby Debut
The Rewind
16 hours ago
By Sean Meehan
Introducing The Vote For Ireland's Greatest Singalong Song
Rugby
14 hours ago
By Eoin Harrington
Rob Kearney Player Mic Gives Great Insight On Western Force Debut