'You’ll Be Meeting These Lads For The Next 12 Months, That Makes It Even More Entertaining'

"I was glad to get up on Monday morning and still be in the championship," says Gary Sice.

A day earlier, Sice's Corofin - the reigning All-Ireland club champions - were very nearly dethroned in their own county.

Three late points from Sice, two of them frees, took the Galway SFC final against Tuam Stars to a replay.

"The adrenaline is up, you just go and do it," he says.

"There’s no thinking about it. I’d say if you did, you’d just freeze on the spot.

"Mike Farragher won the free, that was the most important thing than kicking it. It was a huge win from the ball he got. I had the easy job at the end of it."

Tuam are the most successful team ever in the Galway SFC but Sunday's game was their first final since 2012. In the replay, they will look to bridge a 25-year gap since their last county title.

The two sides are local rivals: Tuam the town team and Corofin a satellite orbiting.

"We would have grown up with these guys in school, around the town and that," says Sice.

It’s not like we don’t know them, we know them nearly too well. Sometimes that affects the game.

Often like you’d rather play someone from down the country because you don’t know them and it just turns into a game of football.

There’s a lot more to it, you’re going to be meeting these lads for the next 12 months, but I suppose that’s what makes it all the more entertaining.

Now 34, Sice is still a key part of a Corofin side chase a seventh consecutive Galway title.

"I’ve got good people around me," he says of his longevity.

"Mike Comer is our S&C coach with Corofin and he’s looked after me very well. David Hanley and his team of physios, I’ve been working with them for the last ten years and they’ve shown me a huge amount of things and educated me along the way. On that side of things, I’ve been very lucky.

"What else do you want to do? It’s what I’ve wanted to do for a long, long time. You’re not just going to sit on a couch at home. But them guys have been huge in it." 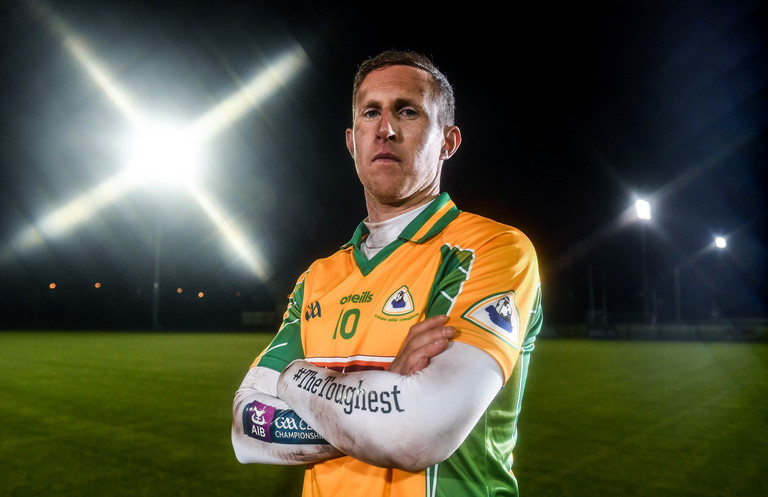 Corofin and former Galway senior footballer Gary Sice poses for a portrait at the launch of the AIB Camogie and Club Championships. Photo by Sam Barnes/Sportsfile

Along with probably being the greatest club team ever, Corofin are a joy to watch. Their brand of football is thrilling and one many would love to see replicated throughout Gaelic football.

"I think it’s trust between ourselves," says Sice.

"It’s trust that you know a guy is going to do something good when he gets it.

"It’s just enjoyable when you’re playing with a bunch of guys who are on a similar wavelength and who enjoy their football. I suppose it’s a by-product of all the work we’re doing.

"The majority of the time, we try to take the right option. We’d have a high value on that (lack of selfishness). I suppose it shows a commitment to what we’re doing.

"Football is just a game, it’s something we do for fun."

See Also: 'There's No Rugby, No Soccer, No Swimming Pool, We Don't Have Anything Else'