The GPA has made it known in recent weeks their strong backing of Proposal B in determining the structure of future inter-country football.

A vote will take place at a GAA Special Congress on October 23rd to decide which proposal will be accepted, and the GPA have now issued a plea to all members sitting at the congress.

They've based their reasoning off three main key points which they've described as 'fairness', 'development' and 'change'.

GPA circling the wagons, making the case for Proposal B in the championship restructure vote.

The letter was written to county board chairs and secretaries across the country, and warns of the "far reaching consequences for Gaelic Football."

Maria Kinsella and Matt Hanlon, co-chairs of the GPA National Executive Committee, outlined that they want to "ensure all delegates are aware of players’ views on the importance of this issue."

These were the main points made from letter written by the GPA to deciding GAA Members:

Fairness: All teams will play the same number of games to progress through to the knock-out stages. Gone would be the situation where, for example, an Ulster team may need to win four games to reach an All-Ireland quarter-final while a Munster team may only need to win two to get to the same stage. These games will also be played among teams of a similar standard. This minimises the potential for one-sided mis-matches, which have damaged our Championship structure over the years.

Development: Each county will be guaranteed seven championship games at a time of year when most players and teams want to be playing football. These games will be against teams at their own level with the opportunity to progress, rewarding success. This will benefit the development of players and counties both now and into the future. It is also important that the Tailteann Cup is set up to succeed. Having had extensive consultation with players, the fact that it is linked to promotion the following year, will greatly help the success of the competition.

Change: The Fixture Calendar Review Taskforce was established by then GAA President John Horan because there was an acknowledgement that change was required. We know players have been crying out for change for a number of years, a call that has been echoed by the wider Gaelic family. Inter-county managers are also strongly in support of this motion. The system, that once worked, now needs change. Some of the top minds within the GAA have formulated proposals for change. To disregard their work and discard the momentum and need for change would have a significant impact on the morale & development of players and Gaelic football.

Proposal B would also involve the National League being played in the summer months and made into a qualification base for the knockout formatted championship.

The provincial championships, under Proposal B, would be a separate competition and change it's running time to the spring.

In the letter, the GPA made dissenting points towards the two main issues of contention; financial viability and the dismissal of provincial competition.

Regarding the finances, they said "there will be significantly more money for distribution to counties" if Proposal B is backed.

According to projections from the Fixture Calendar Review Taskforce, an additional €10 million in revenue is estimated for the league-based structure.

Regarding the provincial championship taking a hit, the GPA cited that the "consistent mis-matches" was doing more damage than it's worth.

They said the proposal would see provincial games played "at a time of the year when supporters will have starved of inter-county games for over six months."

A GAA Special Congress sitting will decide the faith of the inter-county football structure on October 23rd. 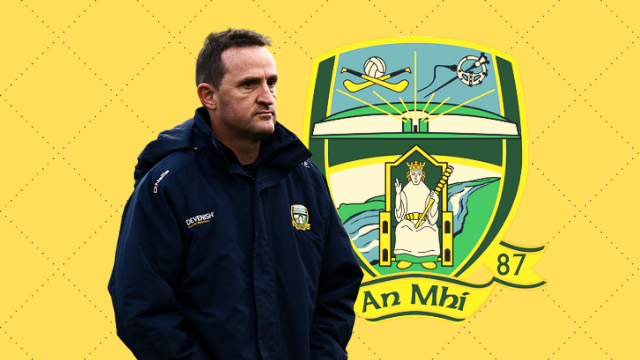 GAA
2 months ago
By Gary Connaughton
Tom Parsons Wants To See Another Vote On Championship Reform Next Year
GAA
3 months ago
By Eoin Harrington
Why The GPA Are Backing The New Football Championship Proposals
GAA
3 months ago
By Conor Breslin
GPA Give Backing To League-Based All-Ireland Format
Popular on Balls
Golf
1 day ago
By PJ Browne
Shane Lowry And Rory McIlroy Delighted For Seamus Power
GAA
1 day ago
By PJ Browne
'It Was Crazy, We Were Still Hurling With St Kieran's College At The Time'
Football
21 hours ago
By Jonathan Byrne
Remembering Jimmy Bullard's Timid Big Dunc Stare Down From 2006
Football
1 day ago
By Jonathan Browne
Scott Brown Really Enjoyed Playing Against Rangers Last Night