'A Few Of Us Watched The Video The Next Day, Tears Flowing Out Of Our Eyes'

Walsh, a nine-time All-Ireland winner and All-Star, had just claimed his first senior county medal with the club. The win also bridged a 25-year gap since Tullaroan's last county success.

At full-time, Tommy and his father Mickey were captured amid a rapturous embrace on the pitch. Tommy was one of four Walsh brothers - along with Padraig, Shane and Martin - on the pitch for Tullaroan.

Tommy & Mickey Walsh, Father & Son, share a special moment after @TullaroanHurlin victory in the @KilkennyCLG intermediate hurling final. Putting away years of heartbreak, the pure joy on display is what club is all about. #croí&club #GAABEO #TG4 pic.twitter.com/iSKPGAkRLB

"A few of us were watching the video the next day, tears were flowing out of our eyes," said their sister Grace Walsh at the launch of the Liberty Insurance Camogie All-Stars Tour To New York on Thursday.

"It was nice because your parents, they bring you up, teach you right and wrong. They are the ones that see all the effort and the commitment that you put in.

"It's for them that you're doing it. They are so proud of you and you see in their faces; you can see it in the video, how proud my dad was.

"My brother Padraig showed daddy the video the next day. Straight away, daddy was just like, 'Tommy was just the closest one to me'. He really felt bad, that Tommy was the one he got the video with. It was great. 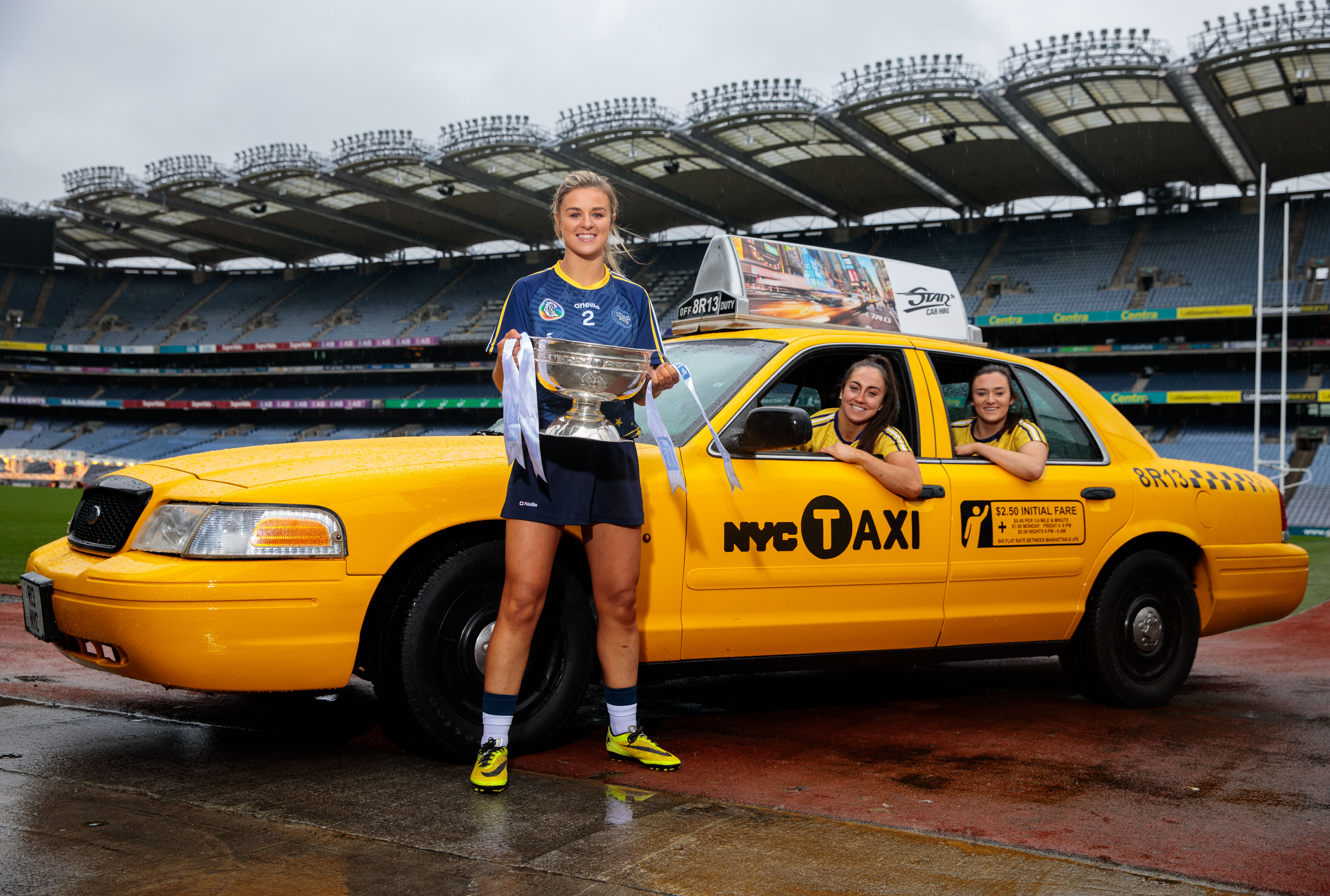 Recipients of All-Stars Awards from 2018 and 2019 as well as several nominees head for New York this month where they will play an exhibition match in Gaelic Park on November 23rd. Photo credit: INPHO/Bryan Keane

"I don't know if the celebrations will ever die down!" she added.

"It was incredible for the lads. I felt like I was a mother of four boys going out on the pitch after the final whistle.

"People don't see what the lads do in the background. Our club, it's so close-knit and everybody always wants to see the next person do well.

"The effort the lads have been putting in over the last few years and the heartache they went through last year in the county final, to go out and win it then this year was incredible.

"I don't think they'll want to stop with that. I think they'd like to play in Croke Park. As a club, that would be good."

Two teams comprising the country’s top Camogie stars will jet out to New York later this month as Camogie goes ‘On Tour’ to the Big Apple for the second Liberty Insurance Camogie All-Stars Tour.

This year’s match will also break new ground by being the first Camogie match to be live-streamed from outside of Ireland. The match will be broadcast on Liberty Insurance’s Facebook page as the game truly goes international.

Quiz: Match The County Football Star To Their Club