'The Guys Were Asking What To Expect And What Happens Next. Nothing Really!'

"To be honest, ten years ago I took everything for granted. I thought this is what happens every year," tells Colm Cavanagh about his All-Ireland final experience.

Considering it was Tyrone's third All-Ireland title in six seasons, a then 21-year-old Cavanagh could be forgiven for his presumption. Little did he know it would take a decade before he would return to that stage.

When Tyrone beat Kerry in 2008, Cavanagh came on as a sub and kicked the final point of the game. He was one of those to apply the final lick of paint. When Tyrone face Dublin in this year's All-Ireland final, Mickey Harte will think of him as foreman.

Since Tyrone sealed their spot in the final two of the football championship, his younger teammates have made inquiries about his experience of the big day.

"The guys were asking what to expect and what happens next. Nothing really! You go back to training and you do have a few extra things to do.

"The formalities, everything is taken care of, it's taken out of your hands. You show up when you're told to show up, go to the meet and greets." 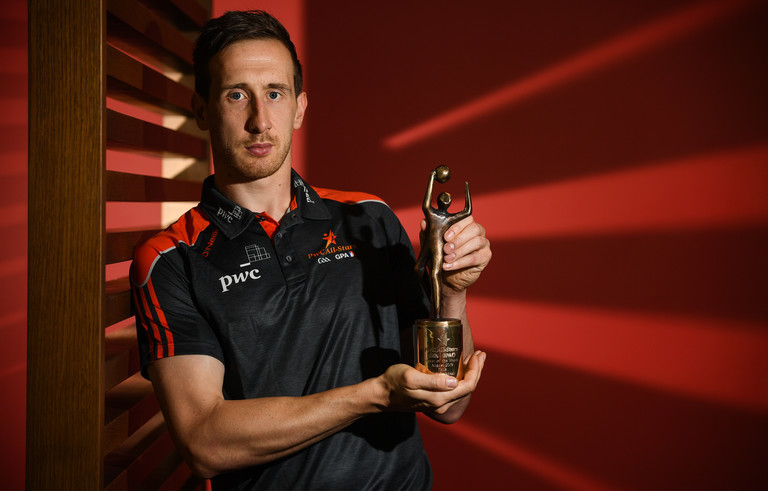 Following Tyrone's 12-point defeat to Dublin in last year's All-Ireland semi-final Colm's brother Sean, now retired from inter-county, cut a downbeat figure regarding anyone's - not just Tyrone's - chances of defeating Dublin. At the time, all efforts were futile against the Dublin machine in the eyes of the older brother.

"I'll tell you in a couple of weeks' time!" quipped Cavanagh - the PwC GAA/GPA Player of the Month for August - when asked if Tyrone have done enough to close that gap with the Dubs.

The two games which since followed between the sides - both played in Omagh - have been closer. There was five-point defeat in the league in February and a three-point loss in the Super 8s last month but neither were conducted under the conditions in which the All-Ireland final will be played.

"We could have narrowed the pitch another ten metres and we may not have come out on the right side," said Cavanagh.

"Regardless of the pitch, we have to change the game from what we did in Omagh because it wasn't good enough. We didn't win.

"There will be slight changes to our team, the way we play, and the personnel from that day in Omagh.

"We've had to adapt and we will have to adapt in the final because if you don't bring anything different, you might get the same result. We're going to have to have a go."

Limerick’s Aaron Gillane has been awarded the PwC GAA/GPA Player of the Month for August capping off a fine few days for the forward following on from Limerick’s All-Ireland final win against Galway. Tyrone’s Colm Cavanagh picked up the football award for his role in securing an All-Ireland final place for his county following their semi-final win over Monaghan.

The pair were at PwC’s head offices in Dublin today to collect their awards. They were joined there by July winners Conor McManus (Monaghan) and Peter Duggan (Clare) who also picked up their trophies.

See Also: How Peter Duggan Went From Verge Of Quitting Clare To An All-Star Cert