Official Reason Given For Tipperary's Hawkeye Controversy During Semi-Final Clash

There was a moment of high controversy in the first half of Wexford and Tipperary's thrilling All-Ireland semi-final in Croke Park as John McGrath had a goal ruled out.

Liam Sheedy's men thought they had raised their second green flag of the tie only for referee Seán Cleere to rule it out due to an earlier Lee Chin free which appeared to drop into Tipperary goalkeeper Brian Hogan's hands.

However, it turns out that the free actually went over the bar and Hogan caught it just after it sunk past. 32 seconds passed between the catch and the goal. The goal was eventually ruled out and Wexford were instead awarded a point. 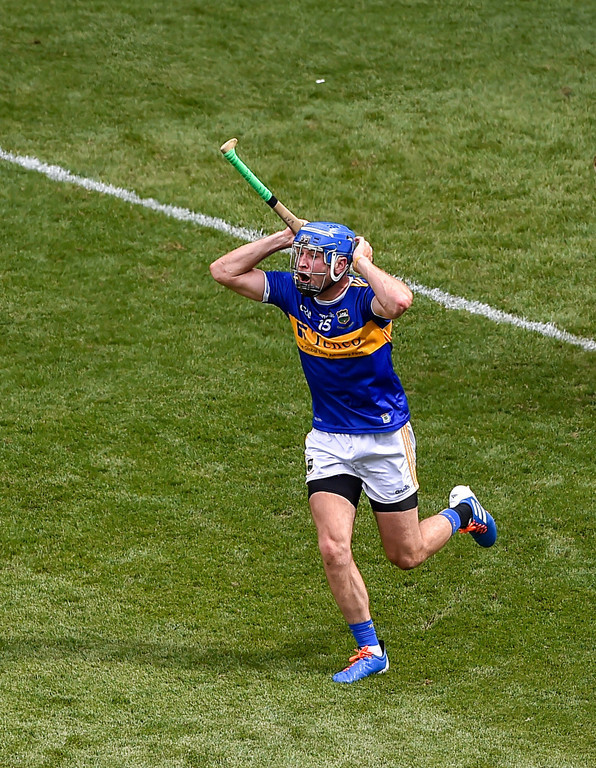 An official explanation was read out on match-day broadcast RTE.

We have been told officially it is usually quicker than 30 seconds for them to make that decision and communicate it. The issue appears to be with communication to the referee. It is extremely noisy out there in Croke Park so maybe that has something to do with it.

Hawkeye uses four high-speed cameras at each end to locate the position of the ball up to 26 metres above the posts and 4 metres outside each post. The official can not communicate with the referee to stop open play.

Hawkeye innovation's GAA section outlines the process as communication "via an audio signal relayed to the referee within seconds of the sliotar crossing the line".

Play did stop briefly between the catch and the goal when Tipperary were awarded a free.

"I think the crowd got incensed because they did not know what happened. They thought it was a free out because of a foul."

'I would have thought the average time was 15 seconds' - The Sunday Game panel discuss the length of time it took to award the Hawk Eye point to Wexford. Watch the highlights on @RTE2 at 9.30pm #rtegaa pic.twitter.com/j38a5y29UW

Hurling
1 year ago
By Michael McCarthy
Quiz: Do You Remember The 2019 Intercounty Football And Hurling Championships?
GAA
2 years ago
By Balls Team
The Balls.ie Selection For The Hurling PwC All-Stars
GAA
2 years ago
By Mark Farrelly
Nominations For PwC Hurling All-Stars And Player Of The Year Revealed
Popular on Balls
Football
18 hours ago
By Gary Connaughton
Gary Neville Worried About Future Of Burnley After Relegation To Championship
Football
20 hours ago
By Gary Connaughton
Report: Cristiano Ronaldo 'Blocked' Manchester United's Antonio Conte Pursuit
Football
23 hours ago
By PJ Browne
McGeady Questions Why He Got So Much Abuse For Choosing Ireland
Football
2 days ago
By Eoin Harrington
Juan Mata Questions Manchester United Management After Dire Season