How You Can Get All-Ireland Tickets - An Alternative Guide

The search for All-Ireland tickets is rarely straight-forward. Your team has made the final, and, although the Super 8s may have hampered your chances of getting to every game this year, you're left stranded without a ticket to the biggest game of all.

Meanwhile, every charlatan and chancer who knows more about Mickey Joe Harte than the Tyrone manager is prancing around the town in the county colours, boasting about how great their seats are. More likely to be found in Croke Park for an Ed Sheeran concert than an All-Ireland football final, you can't let them win if at all possible.

Fear not, for there are ways. If you are finding it difficult to locate a pair of tickets via some of the traditional routes, we at Balls have outlined for you some of the alternative means available.

How to get All-Ireland tickets -

1: Barmen Are Your Friends:

The key link between you and any potential seller, the barman needs to be aware of your plight. A perennial fixer, this is one of the most effective methods of procuring All-Ireland tickets at such a late stage. Almost certainly a match-day purchase, if travelling from Tyrone you will need to hit some of the key pubs early. Be prepared to fork out a cut to the middle-man here however, they aren't helping you for the good of their health and odds are, you're not going to be the only one asking.

2: Get The Word Out Among Friends

If you find that plenty of your friends already have tickets and are planning on heading to Dublin the night before, tag along! Make sure they know of your deep desire for a ticket and encourage them to spread the word. This option is going to hurt the pocket considerably - hotel, numerous pints etc. - and it offers few guarantees. However, when it's 11.30pm on the Saturday night, you and your friends are soaking up the atmosphere and one mate gets a call from an unknown number - the prospect that this could be your route to the final could be real!

3: Text Every Club Secretary In The Country

Every club across the land will be holding a draw for at least a pair of All-Ireland tickets, if not more. Now, usually such raffles will be open to club members only, and, unless you're willing to pull a 'Seanie Johnston', some pleading and grovelling may be necessary. Your options are limited, but, you could a) contact someone else in the club and beg them to enter the draw on your behalf, b) impersonate said club member, or c) bribe the club secretary to rig the draw.

4: Get All Over Social Media

Don't be fooled! There are plenty of All-Ireland tickets out there just waiting to be claimed. Any number of sponsors will be giving out at least two ahead of Sunday's game. Problem is, you're not the only one looking. So, unless you can get in the good books of the companies in question (a little 'insider trading', as it were), you're going to need to be following all the big-hitters on their Facebook, Twitter, Instagram accounts to be in with a chance. In keeping with that old Fianna Fail slogan, these platforms tend to allows a kind of 'vote early, vote often' approach.

A little like the barman this one, but with a far greater stretch, people 'in the know' are an invaluable ally for a search like this. Your typical 'fixer' will come across plenty of people in their day to day business (never ask what this business is mind you), and there is every chance you will not be the only person looking for help. Procuring All-Ireland tickets at face value is a distinct possibility, but, be aware that 'someday, and that day may never come, he/she will call upon you to do a service for them.'

Chance plays a large part in this option. However, if you happen to possess the required phone number, we are led to believe that every player on any county panel is entitled to a pair of All-Ireland tickets. Should they not fancy going to the match, they may sell them to you at a reasonable price. However, be prepared for a serious price gouge here. It's a seller's market. 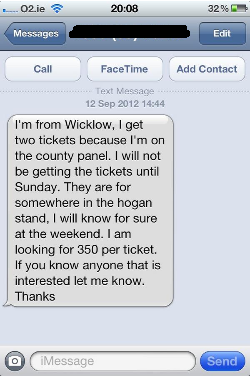 7: Tweet Celebrities To See If They've Any Spare Ones Going

A little more desperate this one, it is undeniable that celebs possess far greater pull than the average buyer. Admittedly a long shot, if you target the right person it may nonetheless throw up surprising results.

8: Find People Selling Tickets And Engage In A Bidding War:

Not one for the fainthearted, if you are determined to get All-Ireland tickets one way or another, there are always people out there who will sell for the right price. You may ultimately regret this impulse purchase if the final ends unfavourably for you, but...well, no result is probably going to leave you quite at ease with forking out the amount of money this option requires. 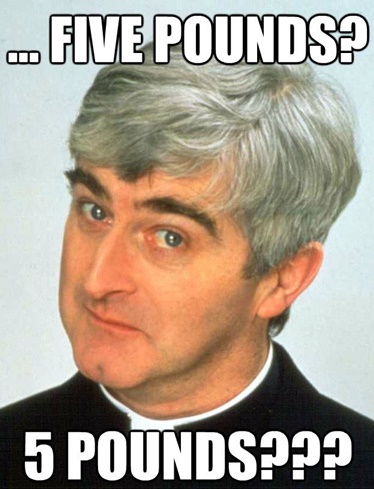 9: There's Always Up For The Match

If it comes to Saturday night and you're still short on ideas, Up for the Match is a source of hope. Usually good for giving a few All-Ireland tickets away, getting into the studio audience itself improves your chances significantly. Once in there, wait for some amalgamation of experts to start talking before sneaking off and seeking out the tickets in question. Bound to be lying around the studio somewhere, Des Cahill's dressing-room is a good place to start. 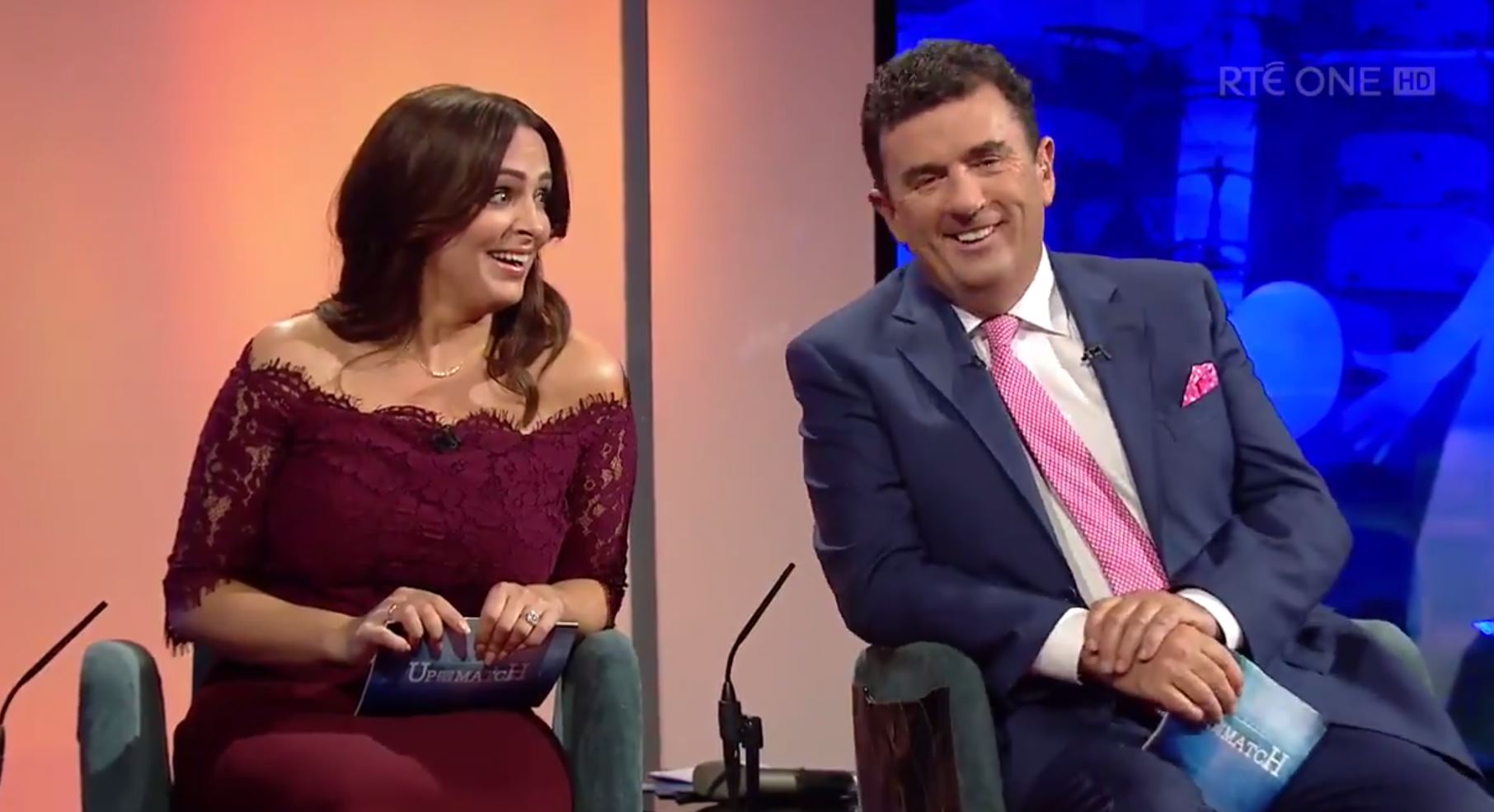 There are more nefarious ways to get into Croke Park on match day. Billy Keane once manouevred his way into a Munster hurling final by dressing up in a long white coat and banging on the stadium gates while holding a mop and a bucket. When faced with the authorities in charge, Billy ran by them saying 'Thanks, there's some child after getting sick in there.' - he ended up watching the match on the sideline.