Jamie Barron sat down on Monday night to start his personal post-mortem of Waterford's 11-point All-Ireland semi-final slaughter at the hands of Limerick on Saturday.

"It's been a tough few days since the game," says Barron, the PwC GAA/GPA Hurler of the Month for July.

Waterford threw the kitchen sink - taps, cloths, and washing-up liquid included - at Limerick in the opening quarter, but still found themselves a point down at the water break.

"The main issues were that we didn't convert chances that we created," Barron says.

"When you're really tearing into them, and you're going at them physically, and you're seeing turnovers [it's good], but then you look up at the scoreboard, and you're still a point behind after 17 minutes - after thinking that you're after doing really well - it's a small bit deflating.

"You need to take most of the chances that you create against them to stand any chance of winning. They got us at arm's length, and kept us there for the remaining part of the game." 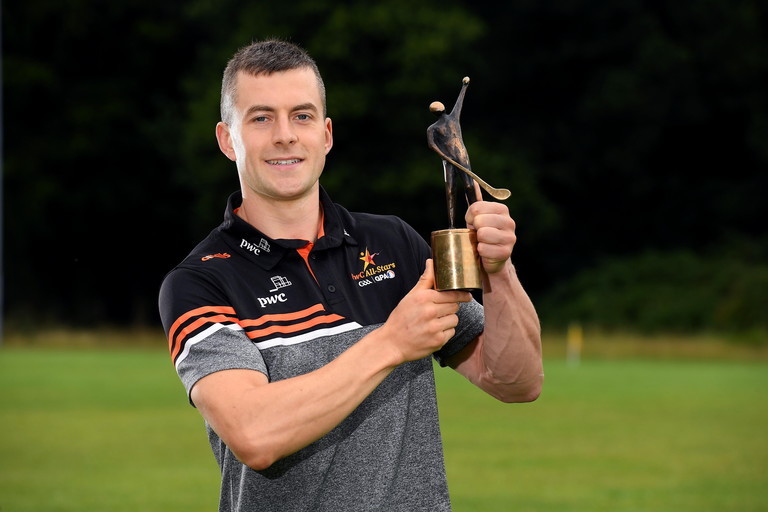 10 August 2021; Jamie Barron of Waterford with his PwC GAA/GPA Hurler of the Month award for July at his home club The Nire-Fourmilewater GAA in Ballymacarbry, Waterford. Photo by Matt Browne/Sportsfile

Saturday's game - a rematch of last December's All-Ireland final, which Limerick also won by 11 points - was Waterford's fourth consecutive weekend in action. Immediately following the quarter-final victory against Tipperary, the panel said they would not be using tiredness as an excuse going into the match with Limerick.

"We felt like last year in the All-Ireland final we were a bit naive," says Barron.

"We were blown out of the water at times by them. They physically dominated us in stages. We put in a lot of hard work this year to get up our physicality.

"I think in the first quarter, we really tore into them. We showed that we were after upping our game in that respect. There are more improvements in terms of hurling and composure on the ball, taking the right options.

"[Limerick] a very good side. There's no point denying. Over the last four years, they've probably been the best team in Ireland.

"They bring a lot of things: Physicality; they're well-trained and coached; they play it long, they play it short; they shoot from distance but can play it inside. They can do a lot of things, and they seem to do them at the right times. They offer a lot, it's hard to shut them down in one way, then they go the other way.

"We have to learn. We've been beaten by them now, I think four times in the last two years, which is tough enough to take. We'll try to learn from Saturday evening, and go again next year."

Waterford manager Liam Cahill was initially appointed on a two-year term. That is now up. Barron says he "100 per cent" wants to see the Tipperary man and his backroom team reappointed.

"I think the players would be totally behind all the boys in the backroom, and every one that Liam has assembled," says the 2020 PwC All-Star midfielder.

"There are some great people around him there. You have Mikey Bevans. He's brought in [sports psychologist) Sandra Molloy. There's our nutritionist. He's a lot of people assembled there who really fit what we're about.

"We're just hoping that Liam and the boys will sit down, and want to take on another term, whether it be a year, or two, or three. We'll be fully behind them. He's after making great progress with us. If we can continue making progress at the rate we have the last two years, you'd be hoping that we can get over the line in Croke Park."

There will be little time for Barron to rest following the weekend's championship exit. He's already planning a return to training with his club, The Nire/Fourmilewater, ahead of the Waterford club championship starting later this month.

"It will be nice to get an aul change and switch off a small bit from inter-county, and the demands of it, go back and play with all the lads you know," Barron says.

"The club championship is just around the corner. So, there's no real rest or time away. You'd be looking forward to it, going down the pitch. It cuts out a bit of travel - you're only two minutes down the road, and you'd be back home straight away for Love Island, and the likes!" 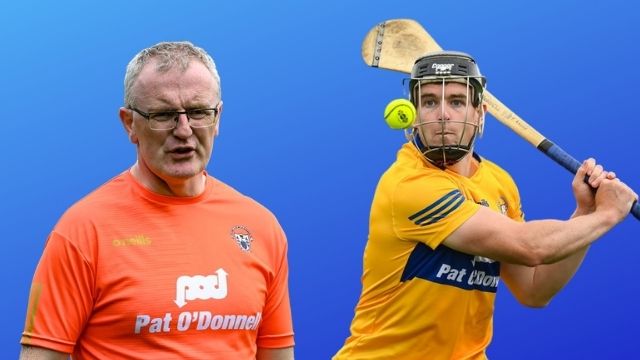