Jim McGuinness Has No Sympathy For Ronan McNamee After Red Card

Tyrone landed an impressive win 1-18 to 0-13 points win over Cavan in the Ulster Football Championship this evening, but their emphatic win was soured after Ronan McNamee’s dismissal late on.

While it was a day to forget for Mickey Graham’s charges who have endured a wretched 2021 campaign, the Tyrone defender will be thinking the same after earning himself a needless red card.

Feargal Logan and Brian Dooher’s side had the game all but wrapped up when McNamee struck Cavan’s Conor Brady. Referee David Gough did not see the incident (the contact from Brady actually caused Brady to headbutt the ref) but issued a red card after being alerted to the incident over his earpiece.

It mattered little in the grand scheme of things as far as the result went, but it was a sour note for Tyrone to end the game on.

⚪️🔴McCurry on fire and McShane returns as Tyrone march on!

Speaking on Sky Sports after the game, Jim McGuinness had little sympathy for the former All-Star defender.

“It’s harsh, but do I have any sympathy for him? No, none,” McGuinness said after the game.

“He shouldn’t be doing it. That’s the bottom line. He has let his team down there. Why is he getting involved in something like that being seven points up at the time?

“It makes absolutely no sense. The game could flip on that [on another day]. He’s thinking of himself in that moment, not his teammates or his management team.

McGuinness went on to say the red card reflected a larger indiscipline problem for Tyrone.

“In Tyrone, that situation is always possible. Over the last couple of years you see it. A certain player will step over that line.

"Whether it’s a macho thing, I don’t know. But it should never, ever happen in game where you are seven points up in and in control of.”

Fellow Sky Sports pundit and former Tyrone star Peter Canavan also agreed with McGuinness that McNamee should not have got involved.

“It’s harsh,” he added. “It’s easy to say he shouldn’t have got involved but there was a wrestling match before that too where a Tyrone player ended up getting booked.

“Nine times out of ten that will happen, and you’ll get a yellow card.

“It’s disappointing, but I probably do agree with Jim that there was no need to get involved when Tyrone were totally in control.”

Pending an appeal, McNamee is set to miss Tyrone's Ulster semifinal because of the red card.

SEE ALSO: 'It's A Different Environment Now. I Was A Boy Against Animals Of Men' 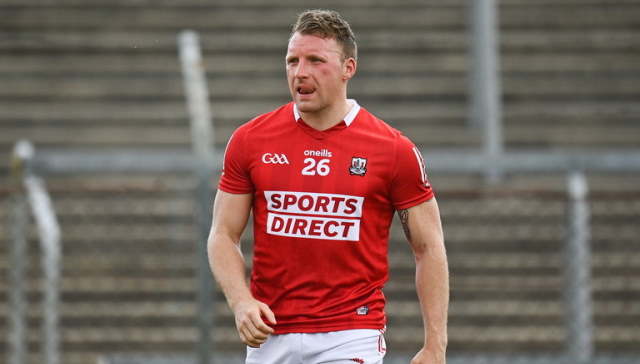