Best Of 2021: 'We Are Always Looking For Role Models. Joe Was That Person'

The idea generated within the dressing after the 2017 National Hurling League 1B final. Galway had just waltzed past Tipperary, 16 points to the good. Their reward was a cup and they wanted to do something with it.

So, they stopped in at the St Thomas hurling club, home of captain David Burke. A minor homecoming and a chance to show off some silverware. The next night, they returned to training.

Then, as was often the case with this particular team, the criticism came. There was talk within and outside the county. A disproving column appeared in a national newspaper. Why celebrate the rehearsal when the point is to succeed on the big stage?

Joe Canning couldn’t stand it. He wasn’t even there for the post-match celebrations due to work commitments. The final had been played in the Gaelic Grounds and his business is in Limerick, but the chat irked him. 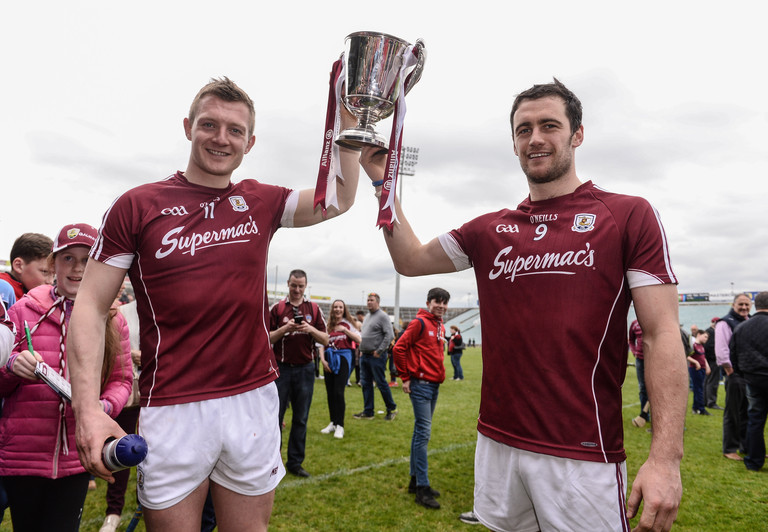 When he appeared at a promotional event prior to the Championship opener, the Galway talisman took the opportunity to stress why it was important they acknowledged the feat.

"At the end of the day, we’re just trying to promote the game. We’re amateur players and we’re trying to get the next generation to aspire to be the next hurlers and the next players in Galway.

Later that year, Galway would secure their first All-Ireland title in 29 years. Canning claimed Hurler of the Year for good measure.

And yet, Canning’s career will not be measured by gongs and garlands. It is the routine moments of ethereal skill that ensure he is treasured around the county. The outpouring of emotion, the shared celebration of countless glorious clips is merely confirmation Galway loves Joe Canning. 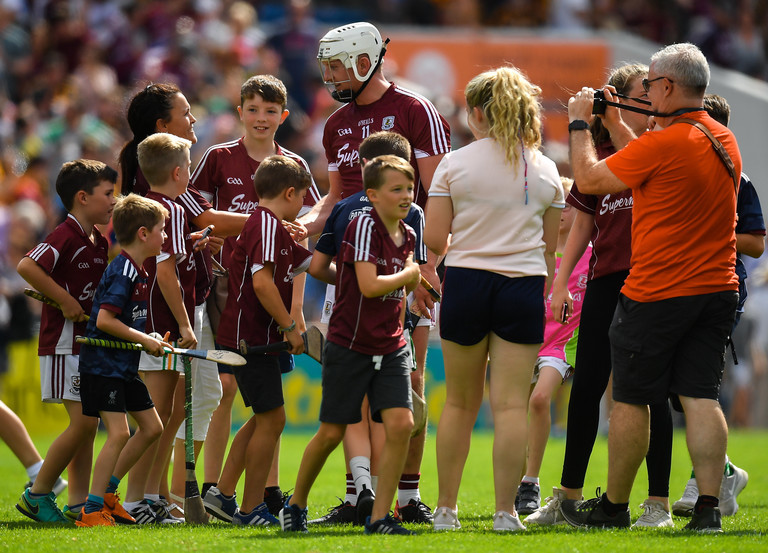 It is the awareness to promote the game even at the height of his career, the hours and hours spent signing autographs, the sponsorship he provided to underage county camogie players through the family hurley business that highlights how Joe Canning loves Galway.

The Portumna clubman gave more than a lengthy highlight reel. Canning was the topic of conversation and debate locally for a decade. From the off, the adoration was not always universal.

He emerged in the intricate ecosystem that was the Galway club scene. Most famously, the 2006 county final nearly split the county. Portumna suffered a famous loss against Loughrea. Before the game, they were so concerned about the welfare of the then 17-year-old that they contacted the county board and requested a change of referee. No switch was made.

At half-time, Canning needed eight stitches to his lip and eye. After the final whistle, the referee was escorted off the field in Pearse Stadium by gardaí. 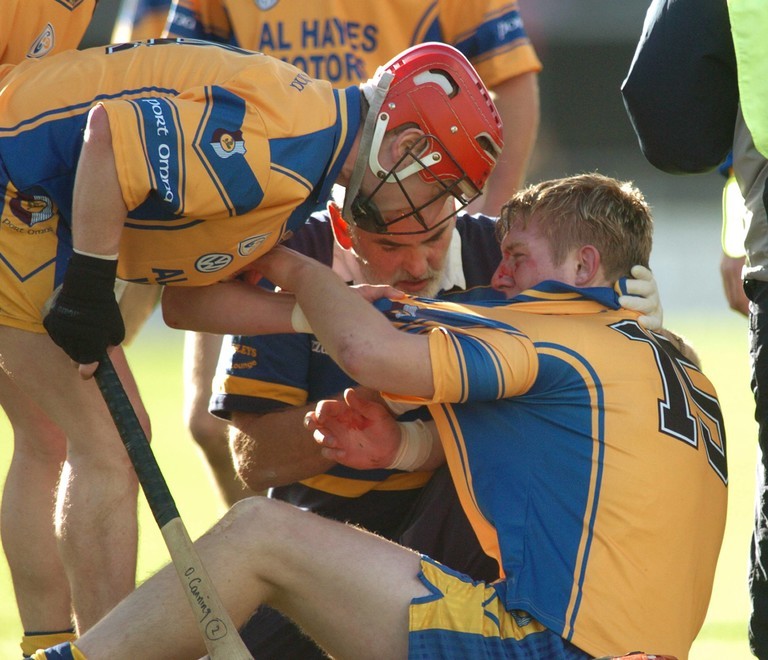 Subsequently, there were concerns that he and his All-Star brother Ollie would make themselves unavailable for the Galway senior team. Neither of them played for the county in 2007. Both togged out in 2008.

There is no doubt that some of the ongoings hurt Canning, in more ways than one. There was a revealing moment in the Pride of the Parish show when they interviewed him after the 2008 championship clash between Portumna and Clarinbridge. 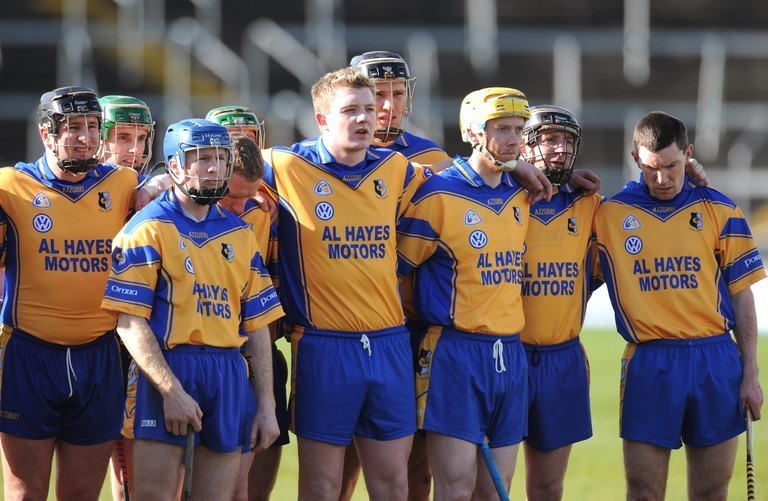 "I should be over the moon because we won the game ... but it's a load of bull," he says. "We're there to be beaten, we're up on the highest tier. And we're there to be knocked off it. We have to expect that, but you need fair play like. Do you know what I mean?

"It's just a thing that we can't take it every day we go out. We'll be retired by the time we're 27 or 28 with broken legs and broken fingers and nothing said about it."

Often when this is discussed or written about, it is with a sense of foreboding, of dark forces at work trying to hinder the underage prodigy. The truth is sadder than that. This enemy had a face.

There was a lot of disappointment about how that was handled and how a young player was allowed to be treated that way in a county final.

In fairness to Joe, he got on with it and went on to represent Galway after. It would be easy to say, F them. They did not protect me when I played for my club in a county final, but he got on with things.

Everyone has a story about their first time seeing the wunderkind in action. For Regan, it was the 2006 All-Ireland Club final against Newtownshandrum. Damien Hayes and Andrew Smith were close friends and had marked his card. Watching the teen overcome an All-Ireland winner and All-Star defender in Pat Mulcahy proved the hype was real.

Regan was at centre-back for that famous Canning masterclass versus Cork. A game that still rankles, for both of them.

"Individual performances, Joe has often said it, it doesn’t really matter. It is about winning together and performing together. Nobody would have League titles, Leinster or All-Ireland medals without the team around them. That goes for the whole group.

"I always felt when he came into the panel first, if Joe could tap over a point but there was a goal chance on, he'd find the pass. He always had that instinct in his brain. If he was on the end line, he was looking out the field. That was his attitude from the start."

The pressure was unprecedented and never let up. ‘You're a bit of a god, aren't you?' the Duke of Sussex said to the Galway man during the 2018 British royal family visit. The same year, Cian Lynch reflected on where it all began as he stood on the Convention Centre stage to collect his Hurler of the Year award.

"I see my parents up there, they brought me to games as a young lad and I remember running onto the pitch to get Joe Canning's autograph…"

A role model nationally and one he fulfilled nobly. The defining image of the 2017 success is Canning on the field, comforting the Keady family alongside him. Tony Keady was Joe Canning’s icon. As a child, he spent countless hours in the Killimordaly man’s workshop, picking out planks and helping craft hurleys.

Kindness that left a lasting impression. Keady passed away in the weeks before the 2017 All-Ireland final. The Galway panel wanted the family to know they were in their thoughts. All of his children were invited to train with the team during the last week of preparation. 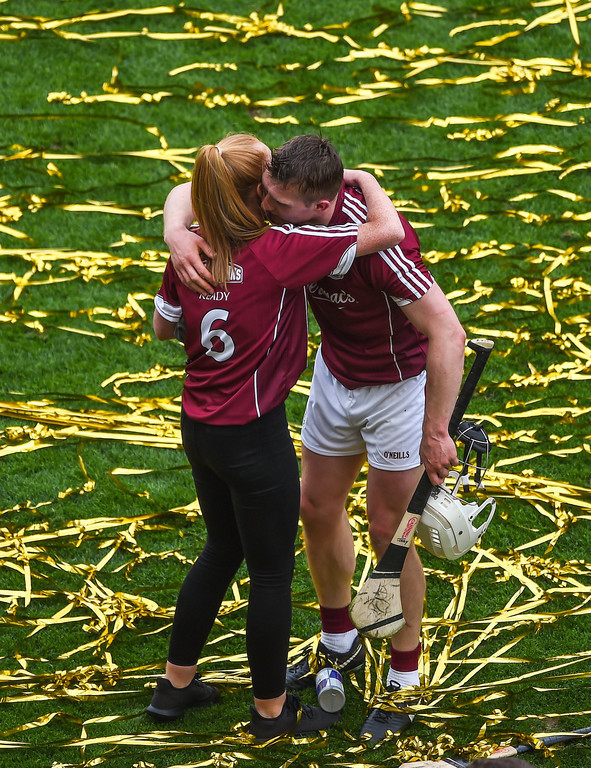 Shannon, Keady’s only daughter, hurled with Canning’s niece on the U16 camogie county team. As outlined in Keady's biography, when she found herself alone on the field after the final whistle it was Joe who went to console her. When David Burke lifted the cup he stayed standing by her side.

Hailing from the same club as Canning, Damien Coleman knew all about his ability. Through his role of Connacht GAA Provincial Hurling Games Manager, he has learned of his generosity too.

"We’d run Cúl Camps, all you’d to do was drop a text and Joe was available. Even if it was a busy week, no matter when he’d come and give time for kids locally.

"We could have had a big championship game on a Sunday and good celebrations that night but Joe will be in the field at the Cúl Camps the next morning at 9 o’clock, healthy and well. Not there just for photographs, there to roll up the sleeves and coach for three or four hours."

His presence caught attention, his preparation set a template.

"We are always looking for role models for the future. Joe was that person. His lifestyle off the pitch helped him in many ways. When you are dealing with children, you have to have a proper role model. He still gives his time.

"We ran a Cúl Camp in our own club last week. Galway were playing Waterford on the Saturday. Joe was out coaching on the Friday. That was after a drop of a text."

Within the Galway squad, Canning was efficient with his words. Never the biggest talker before games or in the huddle. A sharp word might come in an analysis session or in training. Still, the highest standards were the ones he set for himself.

Skill was never an issue. On the other hand, his size was not always suited to the modern game. The Anthony Cunningham era provoked a seismic shift. Suddenly Joe crafted a structure and regime. He engaged a certified PT and trained across the city in Galway’s colossal Warehouse Gym.

"There has been a massive improvement. He was a burly kid when he first came in senior," says Regan. 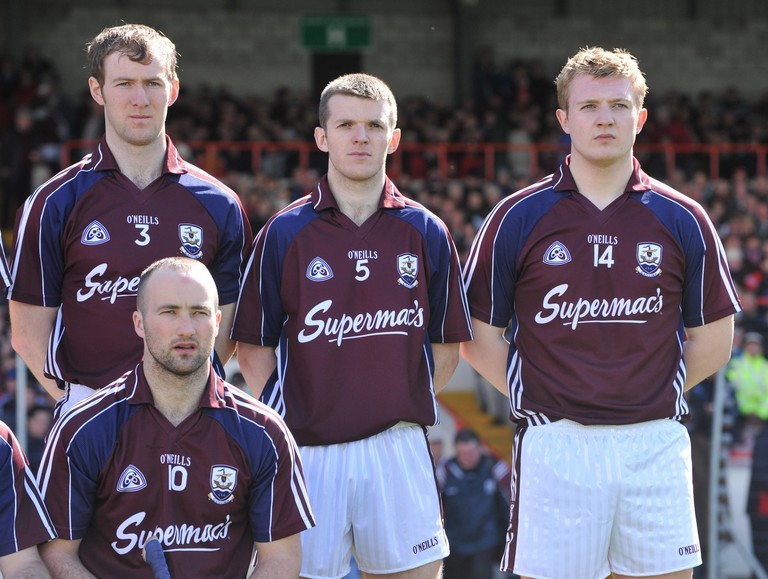 "No question he wasn’t near the shape he is now. That is a credit to him. He got more professional with his training, nutrition and recovery. He got leaner, faster, even stronger.

"That is why you’re nearly disappointed. It feels like he’d had two or three years left if he was managed in the right way and used in the right context."

Injuries did take their toll. Thankfully they did not foil his stardom. It was a storied career, unprecedented creativity and class.

That brought a certain degree of profile. In media, Canning was a profitable currency; famous and forthright.

More often than not, he managed it well. Conscious of the limelight while not enamoured with it.

"He knew his profile and the power of it," Coleman explains. "He never abused it either. He was a proper person. Conscious of giving everyone their time if they wanted it. When we were at our height in Portumna with All-Irelands and that, every time we got onto the bus, they’d ask before we left ‘is Joe in yet?’

"We couldn’t leave until we had everyone and Joe could be out on the field for an hour giving everyone their time. The boys used to say, 'there is no hurry taking your shower.' Joe’s not done yet. We’d never get away quick."

His impact on the nation's children is well published. A generation inspired. What has surprised Coleman in his current role is the impact beyond that. On a trip to New York, he met second and third-generation Irish parents, determined to get their kids hurling after watching Canning rule.

Is there still a part to be played behind the scenes?

"He is no fool for anybody but he has a huge role to play in the county. There are a number of projects that he could aid with if he wants. But this time now, he has given a massive commitment and has earned a break.

"He’ll still hurl with the club and now he can look to the future with his business and everything. That’ll all come, he will decide what is good for him and as long as it's good for Galway." 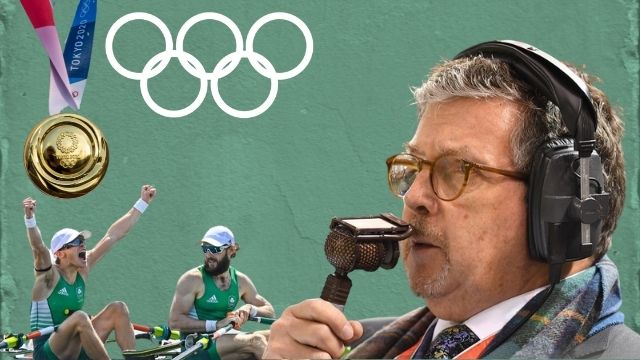