Joe Canning couldn't make it to the Sportsground for John Muldoon's final game in a Connacht jersey. Canning's niece, Tegan, was playing in the All-Ireland minor camogie final between Galway and Cork - he made the trip to Nenagh for the game.

The Galway hurler missed out on seeing his childhood neighbour kicking the final conversion of the game as Connacht hammered Leinster in a perfect farewell for Muldoon.

"But, yeah, we were chatting to him," Canning told Balls at the launch of Bord Gáis Energy’s summer of hurling.

"A lot of the other guys from Portumna went in, I think nearly all Portumna were in Connacht that day at the Sportsground. So, yeah, an unbelievable servant to Connacht."

Before he was really known as a rugby player, Muldoon had repute as a hurler. He and Canning are clubmates with Portumna. 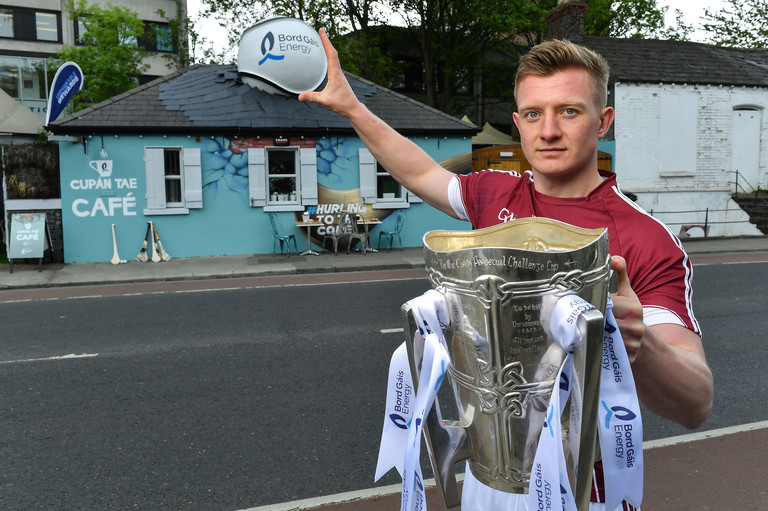 Canning has said previously that Muldoon - who lived just a stroll through some fields away when they were both young - was an idol growing up. Muldoon won an All-Ireland minor medal as part of the Galway panel which defeated Cork in 2000.

"We might get him back playing a bit of junior hurling," joked Canning about the Bristol-bound Muldoon.

He played minor, alright. Obviously, his first love is hurling, no doubt about that.

He’d need to slim down a little bit, I think, to get into the tight-fit hurling jerseys. They’re a little bit smaller than his rugby number eight jersey.

Hopefully we’ll get him back playing a bit of junior cos he always used to train with us during the summer to get a bit of fitness up for a good few years there; not really in the last few years cos he was probably minding his body a bit more.

We’ll look forward to getting him down running around again and trying to knock him over.

In attendance at the launch of Bord Gáis Energy’s summer of hurling is ambassador Joe Canning of Galway. Throughout the Senior Hurling Championship, Bord Gáis Energy will be offering fans unmissable GAA rewards through the Bord Gáis Energy Rewards Club. Photo by Brendan Moran/Sportsfile

GAA
3 years ago
By Sean Og O Kneejerk
KNEEJERK: Our Controversial Columnist Was Furious At RTE Yesterday
Previous Next

GAA
4 months ago
By Maurice Brosnan
Inside The Most Dramatic Declines In Irish Sport
Podcasts
4 months ago
By Mark Farrelly
The Buildup Podcast: Kevin Doyle, Stephen Ferris & All-Ireland Finals
GAA
3 years ago
By Sean Og O Kneejerk
KNEEJERK: Our Controversial Columnist Was Furious At RTE Yesterday
Popular on Balls
The Rewind
8 hours ago
By Michael McCarthy
Watch: Aussie Cameraman Assaulted By US Police On Live TV, Prime Minister Demands Investigation