'He Didn't Make Any Reference To It At All. The Big Focus Was On The Match'

On a Thursday evening last month, just four days after Ballyhale Shamrocks defeated Borris-Ileigh to retain the All-Ireland senior club hurling title, came the surprise news that their manager Henry Shefflin would be stepping down.

"We didn't know at all," Ballyhale fullback Joey Holden explained on Wednesday at the launch of Avonmore Protein Gold.

"He didn't make any reference to it at all. The big focus was on the match, he celebrated a few days with us as well. He met us then later that week to tell us he was stepping down.

"I don't think any of it dampened the spirits, it was just when he explained his reasons why: Family commitments, he has five young kids and I think everyone understood the big commitment he had put into it.

"He said when he took over he would do two or three years, we didn't expect that it would be two full-on years as it was. Henry is the type of manager or character who is all in or not in at all. There is no half measures.

"It is a big commitment. I think he just wants to enjoy this summer with his family before he potentially looks at future jobs, whatever he wants to go into then." 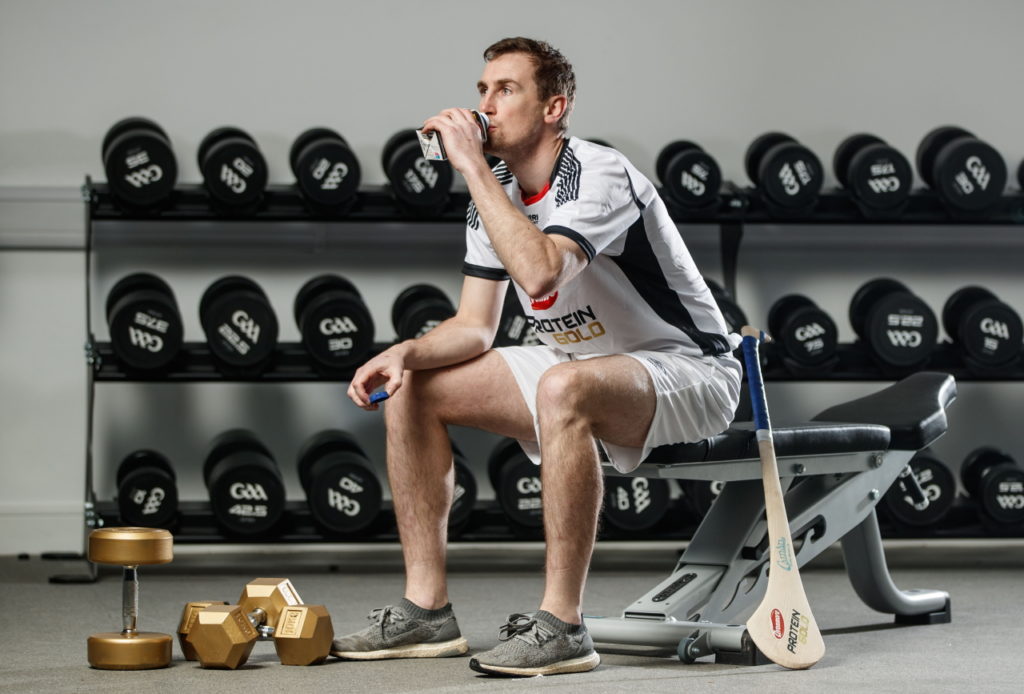 Shefflin took over as Ballyhale manager in December 2017, two months after a low point for the club: A heavy defeat to James Stephens in the county semi-final. He lifted them to a high. Last month, having beaten St Thomas's in the 2019 decider, they became the first Ballyhale side to win back-to-back All-Ireland titles.

"It would have been a driving factor a bit," said Holden.

We would have mentioned it, we have history in Ballyhale, but we had never done this. We would have compared the teams that did it - Athenry, Cuala, them teams who did it before. We looked at that and said it was a savage opportunity to emulate that, to match these teams.

When we arrived back to Carrolls for a meal, just the streets [in Ballyhale]. The year before we came in the backdoor, all the kids were around. They found it was too short, the kids didn't enjoy it as much so they brought us in the main street this time. It really sunk in then what we achieved. Even though we are a small parish to see the streets packed with flags flying, kids cheering, it meant a lot to the players.

A replacement for Shefflin is all but in place. James O'Connor, a Waterford man who led Cork side Fr O'Neill's to the All-Ireland intermediate final last month, is expected to take over as Ballyhale boss. Holden said news of the appointment, which was broken by the Irish Examiner, emerged even before the players knew.

Exactly what's next in Shefflin's management career - or if there even will be another step - is uncertain. The candidates to one day take over from Brian Cody as Kilkenny manager are already queueing up. Shefflin may head that line but Eddie Brennan, who has impressed as Laois manager, isn't far behind. Neither will Michael Fennelly if he can return Offaly to hurling's top tier in the years to come.

"I've been asked this question a couple of times and it's hard to know what the answer is," said Holden regarding the possibility of Shefflin becoming Kilkenny manager.

"Brian is there and he's enjoying the challenge. He's leading Kilkenny. Who knows when that will change, that's not for us to say.

"In regards to Henry and the attributes that he has, he certainly has the attributes to be an inter-county manager. His level of detail and all of that is superb. I know if does go in he'll surround himself with good people that he wants to have in there.

"That's not to say it will be Kilkenny, it could be any team in the future. Who knows what team it will be but he certainly has the attributes to make it as a manager."

Avonmore Protein Gold is available in 500ml pack and will retail at €1.59 and can be used by those who wish to include additional protein in their diet. Protein contributes to the maintenance and growth of muscle mass and hardworking muscles need protein.