Sunday brought stunning success for Wexford and Davy Fitzgerald. The Clare man made history as he secured a Leinster title to add to All-Ireland, Munster, Allianz League and Fitzgibbon glory.

His sideline practice and playing style are often questioned yet more often than not he produces the answer.

"Davy believed in us fully, and it was probably in the dressing room that we didn't back ourselves," declared Man of the Match Rory O'Connor post-match.

A man well-familiar with his methods is Clare star, John Conlon. Speaking to Balls.ie's GAA Podcast, the Three Man Weave, Conlon explained it's a sentiment he knows well.

He turns any negativity given towards you as a team into a positive. That is an 'everyone against us mentality', it's a good way to do it. Someone came out recently giving out about the sweeper system in Wexford but look what he has done since he went down there, they've become massively competitive.

Alongside Fitzgerald is a host of former Clare backroom staff. Former kit man Michael ‘Gazzy’ Collins and goalkeeping coach Seoirse Bulfin worked with him during his Banner County tenure and they remain with him now in Wexford. 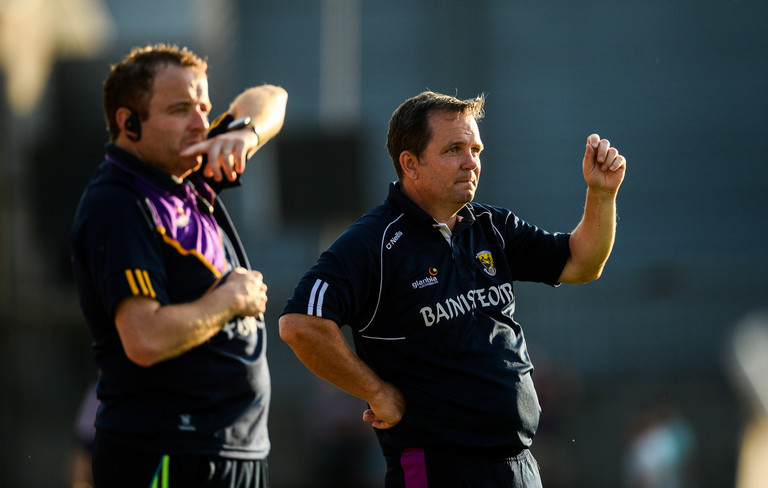 John Conlon's summer is at a premature end after Clare bowed out of the Munster championship and the disappointment of that is still evident. On Sunday, he watched the Munster final from the stands before heading home for the Wexford and Kilkenny clash.

There's no doubt he'd rather be a participant than a spectator, but some solace can be found in the scenes that unfolded in Croke Park.

"When he's over you he will do anything for you. You can see that in the Wexford players, they have massive time and respect for him. The lads he brings with him are very astute people in the background. There is a big car full of Clare lads going down there every few nights."

He has a good bunch around him. I saw Gazzy, our old kit man, in the pictures yesterday on the pitch when they won. It was great to see people like him, Mike Corry and Seoirse Bulfin, that I would have been giving a lot of time to us in Clare coming out on the right side for Wexford. Look, it's great for hurling.

They are the only unbeaten team this year so they'll take massive confidence into it. They're used to being in tight games with three big draws in Leinster. They won't fear anyone in a semi-final. They'll probably be underdogs again and Davy will love that.

He will cherish that.

To listen to the full podcast, search 'Balls.ie' on Spotify, Stitcher, Pocketcast, Castbox or any good podcast platform. Alternatively, you can click here.

GAA
2 months ago
By Balls Team
"Why Would A Clareman Cut Another Clareman?" - Davy Fitz To Talk Loughnane On Sunday Game
5

GAA
2 months ago
By PJ Browne
'Maybe We Should Be Big Enough To Forget About It And Move On'
GAA
2 months ago
By Balls Team
"Why Would A Clareman Cut Another Clareman?" - Davy Fitz To Talk Loughnane On Sunday Game
GAA
6 months ago
By Maurice Brosnan
Inside The Most Dramatic Declines In Irish Sport
Popular on Balls
Football
14 hours ago
By Jonathon Lynam
Celtic Matches Postponed As Club Severely Criticise Bolingoli Over Spain Trip
3