John Egan Nails Colours To Mast Ahead Of Munster Semi-Final

John Egan says he will be supporting Kerry when they face Cork in this weekend's Munster football semi-final.

The Sheffield United centre-back is the son of Kerry six-time All-Ireland winner John Egan, who hailed from the South Kerry village of Sneem.

However, the Ireland international grew up in Cork.

"There's no such thing as both," Egan said with a laugh when asked if he's a Corkman or Kerryman on Sky Sports GAA show 'Inside the Game'.

I'd say I'm a Kerryman born and raised in Cork. I grew up in Cork, loved living in Cork, but when it came to Gaelic football, I've been Kerry mad since day one thanks to my Mom and Dad.

It's a weird one. Every time someone brings it up, they say 'stop sitting on the fence, you're either Cork or Kerry'. But it's OK to be both in my situation!

Pushed for an answer, Egan replied: "For this Sunday at 4pm, I'm a Kerryman. There'd be trouble in my household if I had a Cork jersey on at 4pm Sunday!"

Sean O'Shea: 'There Has Been A Bit Of Slagging In The Corridors And The Staffroom' 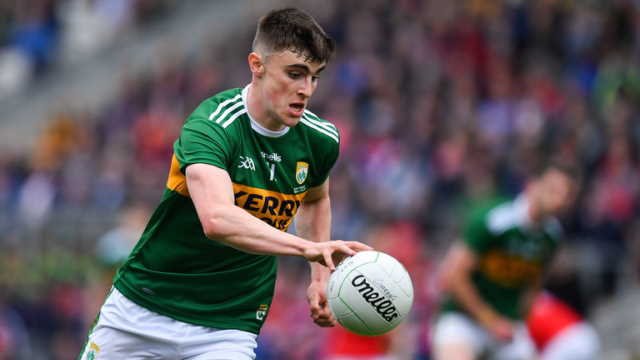