Loughmore-Castleiney progressed to the semi-finals of the Tipperary Senior Hurling Championship with a 4-15 to 0-21 win against Kilruane McDonaghs on Saturday. The victory was built on a remarkable 4-6 from John McGrath.

The Loughmore forward score 4-5 in the first half. He hit goals from play in the second and 13th minutes, and then penalties in the 28th and 32nd minutes. In all, 2-3 of McGrath's scores came from play.

The lopsided nature of McGrath's scores - he added just a point in second half - was a reflection of his side's performance. Loughmore, losing finalists last year, led 4-9 to 0-11 at the break, but scored just six points in the second half.

"It was a complete contrast in halves," McGrath told RTÉ after the game.

"We started off well, and finished the first half strongly. We have a lot to work on, especially that second half, it was just poor. We were playing second fiddle for a lot of that second half, and just hanging on. We were lucky we had the few goals, because that's probably not going to be good enough going forward.

"It's good and bad. You would like to be firing a little better over the 60 minutes. You need things to work on. The main thing at this time of year is that you are progressing through the games, and you are winning the games - however it happens, that's irrelevant in a way."

"His hurling skill is top drawer, top level," he said about McGrath.

"When he gets on these balls, there's no one else you want coming onto it. This was a sublime strike [for his first goal]. It wasn't an easy finish. The ball came across the square and first time into the back of the net."

Borris-Ileigh and Thurles Sarsfields are also through to the semi-finals. The final last-four spot will be taken by either Kiladangan or Upperchurch-Drombane. 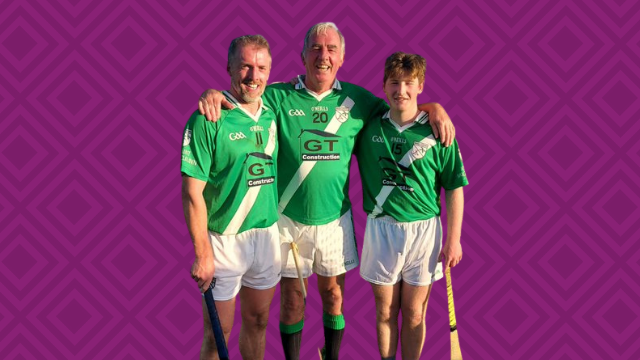