There are not too many Kerry GAA supporters who have won four All-Ireland medals for Cork, but Shauna Kelly is determined to help the Rebels reach another TG4 All-Ireland Senior Championship final.

In a repeat of last year’s decider, Cork and Dublin will do battle at Croke Park tomorrow (Sunday), and as a rock in the full-back line, Kelly will need to be on song against the free-scoring Dubs.

Seven years on from her Cork debut, Kelly has amassed a plethora of medals and impressive performances, but she could have been led down a very different path.

A native of Ballydesmond, Kelly grew up a stone’s throw from the Kerry border, while her father, Sean, played his football in Kerry, which meant she naturally supported their men’s team.

When her talent for the Ladies game began to flourish, her school-teacher and Kerry player Mags O’Donoghue tried to tempt Kelly across the border, but thanks to the input of her cousin and former Cork star, Norita Kelly, Shauna chose the Rebels and never looked back.

“I never played for Kerry,” says Kelly. “Mags O’Donoghue was my PE teacher and she was pushing me to go to Kerry trials and my cousin heard that.

“She pointed me in the other direction. Luckily, the Cork trials were on first so I made them.”

The 24-year-old defender spent this summer as a lifeguard in the leisure centre at the Gleneagle Hotel in Killarney. And after shouting for Peter Keane’s Kerry men as they booked their place in an All-Ireland final, Kelly is determined to have her sights set on her own big day in the coming weeks.

First off, she will hope to prevent Mick Bohan’s Dublin from reaching another decider, where they could make it three Brendan Martin Cups in-a-row. Cork won 11 All-Irelands between 2005 and 2016 but Dublin have become the dominant side since then.

The two heavyweights meet at Croke Park tomorrow in a huge double-bill, where Galway and Mayo provide the appetiser. But the main course will be served up at 3.45pm where Cork will be desperate to make amends for last September’s five-point defeat.

“They had a good start. We may have panicked a small bit and didn’t play the way we would have liked to play. We were chasing it. Then there was a bit of hope when Áine (O’Sullivan) got the goal but we were chasing the game and ran out of time.

“It is just heart-breaking to lose in Croke Park. But it definitely drives us on when they have beaten us last year.”

Cork have already bounced back from that loss in Croke Park to beat Dublin twice during the Lidl National Football League. Their 1-18 to 2-14 semi-final victory after extra-time at Nowlan Park in Kilkenny on 21 April was a particular highlight and Cork went on to claim the Lidl NFL Division 1 title.

“We were delighted to win the League but at the end of the day it’s not what you have your eye on,” said Kelly.

“We both know each other very well so when it went to extra-time it was dead heat but everyone drove on.

“We were very happy to beat them in the league especially after the All-Ireland final loss.” 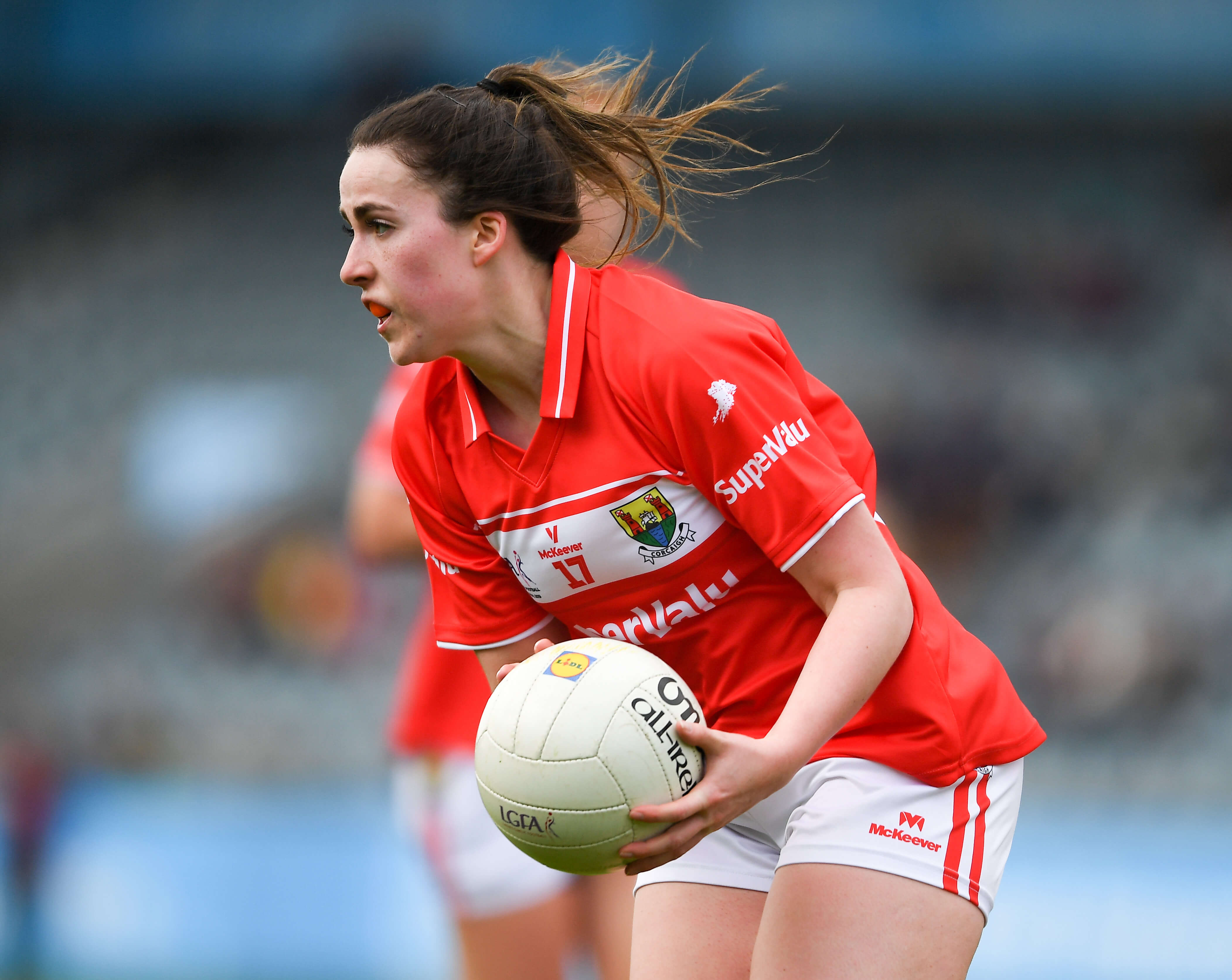 Sunday 15 September is the biggest date in the diary this year but the outlet of a semi-final in Croke Park has added something different.

After last year’s record-breaking 50,141 attendance for the treble-header on All-Ireland final day, another big crowd is expected tomorrow.

“I love playing in Croke Park,” said Kelly. “Anytime you get to play there it is an unreal experience. There is a buzz and you can’t really explain it.

“There are bigger crowds, the noise levels increase. When you are in Croke Park it is for a big day and a big occasion. You don’t want to make any mistakes.

“It is brilliant that four teams will get to play there in the semi-finals. It is putting the game out there more. Girls will get to see more games in Croke Park and it might inspire them.”

Despite winning the League and the Munster Championship, Cork haven’t been perfect and Armagh’s win at O’Connor Park in Tullamore sent shockwaves through the game.

But Cork bounced back with an emphatic win over Tyrone to set up a semi-final against Dublin.

“We had a lot of work to do after the Armagh game. We put that behind us. We had Tyrone and drove on. We wanted a good performance more than anything.

“Dublin have always been so close to Cork. We knew that when we were in Croke Park it was going to be a tough battle and they were always coming.

“We thought we were going to win for years to come but now we are on the hunt again. It’s good to be the underdog.”

GAA
1 month ago
By Anthony Newman
Cork Ease Past Galway Into All-Ireland Final With 10-Point Win
GAA
1 month ago
By Declan Rooney
Dublin Reach All-Ireland Final After Edging Armagh In Six-Goal Battle
GAA
2 months ago
By Declan Rooney
'Maybe Donegal Are Unlucky Not To Come Away With A Little Bit More'
Popular on Balls
GAA
10 hours ago
By PJ Browne
'Sport Gave Me An Outlet. It Gave Me Something To Channel That Anger'
Football
14 hours ago
By PJ Browne
St Johnstone Hit Back At 'Completely Inaccurate' Neil Lennon Comments
Football
19 hours ago
By Balls Team
Jamie Carragher Is Worried The Liverpool Front Three Might Have Run Its Course
Aussie Rules
18 hours ago
By PJ Browne
Marinoff Hit With Three-Match Suspension For Tackle That Injured Bríd Stack