It didn't take long for Kieran Donaghy to realise that David Clifford would be able to handle himself in senior inter-county football - both on the pitch and in the dressing room.

"He was so young but he came in and demanded respect," said Donaghy, who will be a GAA pundit for Sky Sports this summer.

"The way he spoke and the way he played, he just got respect from everybody straight away. It was lovely to see such a young fella come in and when he saw something, he was going to say it."

Going into the Super 8 game versus Monaghan in Clones last year, Donaghy thought he might have to act as a minder for Clifford against a tough fullback line. Those fears were quickly assuaged.

There was no looking after him, he didn't need any minding. I remember in my head before the Monaghan game going, 'I'm going to keep an eye on him and if he gets manhandled by one of the Monaghan fellas, I'm going to go over and give him a little break or breathing space from it.'

I looked over after two minutes and he had Drew Wylie by the jersey and Drew Wylie was obviously giving it to him for a good few minutes before that. I was about to go over and then I saw Dave walking him back ten or 12 steps and I thought, 'He's going to do OK.'

"As one of the best young forwards in the county, he's going to be targeted in every game," continued Donaghy.

"How well Sean O'Shea is playing at the moment is great for David Clifford - it takes a bit of the heat off him. Those two are the future of Kerry." 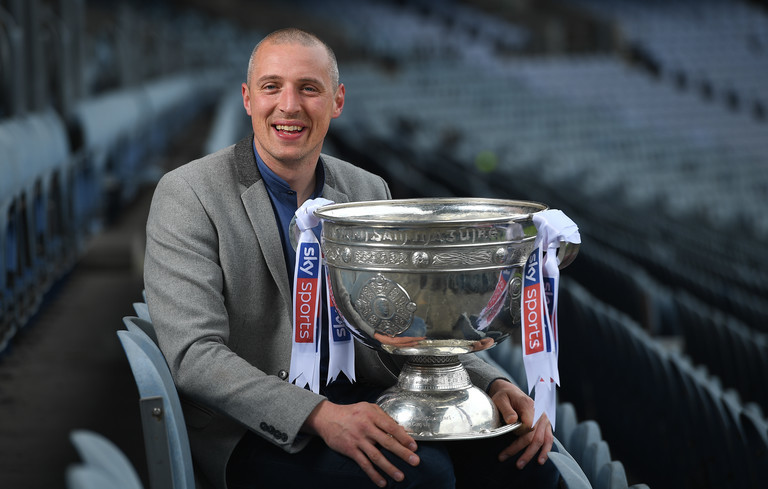 "They'd be a bit handier on Snapchat and all that kind of stuff than I would," says Donaghy of those younger players.

"If you're in a photo, they can do some good stuff in the photo and put it up on the WhatsApp.

"The young fellas coming in are all brilliant. They all look after themselves. They're all in good shape. When you go celebrating a game, they're all back home in bed at half two, they're not in some pub at five o'clock or the following Monday morning and you're trying to get them out. They've really got their heads screwed on.

"I came back in last year in March after playing basketball with the Warriors. I remember going into the dressing room and I felt like I was 17 again.

"A few fellas had an idea that I might be retiring. I was scared going in of what are all these young fellas who have been here all the time are going to think of this 35-year-old walking in after missing all the league - 'it's our turn now, you've had your turn'- but in fairness, they were all brilliant.

"I threw my bits [of advice] towards them and I'm sure they appreciated it."

Sky Sports this week announced its GAA fixtures for the 2019 Championship from an event in Croke Park. A total of 20 live, and 14 exclusive, fixtures of Championship action will be available on Sky’s multi-platform offering throughout the season. Sky Sports’ exclusive coverage gets underway on Saturday May 11th when Brian Cody’s Kilkenny take on Mattie Kenny’s Dublin in the opening round of the Leinster Senior Hurling Championship in Nowlan Park. Kerry legend and four-time All-Ireland champion Kieran Donaghy joins Sky’s blockbuster line-up of GAA legends giving viewers a truly modern view of the modern game. This year will once again see insight and analysis across both codes from Tyrone hero Peter Canavan, former Dublin GAA star Senan Connell, Clare’s two-time All-Ireland champion Jamesie O’Connor, Kilkenny’s nine-time All-Ireland winner JJ Delaney and four-time All-Star defender Ollie Canning. Lead commentary will come from Dave McIntyre and Mike Finnerty with co-commentary from Nicky English, Mick Fennelly, Dick Clerkin and Paul Earley, and sideline reporting from Damian Lawlor. In attendance at the launch is Kieran Donaghy. Photo by Brendan Moran/Sportsfile

GAA
6 days ago
By PJ Browne
'We Discussed About Me Transferring To Sligo. I Still Have The Transfer Forms'
5

GAA
1 week ago
By Michael McCarthy
Quiz: Can You Identify These 10 Intercounty Gaelic Footballers?
Previous Next

GAA
6 days ago
By PJ Browne
'We Discussed About Me Transferring To Sligo. I Still Have The Transfer Forms'
GAA
1 week ago
By Gary Connaughton
Former Roscommon Footballer Conor Connelly Passes Away At Age Of 44
GAA
1 week ago
By Michael McCarthy
Quiz: Can You Identify These 10 Intercounty Gaelic Footballers?
Popular on Balls
Football
19 hours ago
By Gary Connaughton
Predicting Stephen Kenny's First Ireland XI For Slovakia Play-Off
16