Kieran Donaghy Explains Why David Moran Is So Important For Kerry

David Moran's performance was a major factor in Kerry's Super 8s victory over Mayo last weekend. The Tralee man had 33 possessions as he dominated the skies. He also made 17 successful kick passes and scored a point.

"It was a big game for David," said Moran's former Kerry teammate Kieran Donaghy at a Now TV event on Thursday.

"His grandmother was after passing away that morning and his head would have been a bit scatty going into it. So I'd say the game was actually a bit of a relief to him.

"He was really good, his kick-passing was unbelievable but his kick-pass was always unbelievable. And he's got balls to go for the hard pass, the pass that can open somebody up, which is good because a lot of fellas now don't have the stomach to try and pull off the pass, they'll go for the safer one, the 'mind possession' one.

"Whereas if he sees a pass on, he'll go for it and he'll take the groans from the crowd if he kicks it out over the sideline but nine times out of 10 he's pretty on point with it. And Kerry need that because our inside line need early ball kicked in and Dave is the best man for that. There was a lot of ball kicked around the middle of the field.

"I think if Kerry are to do well this summer, probably pressing most teams and making teams try and kick it long and letting Dave and whoever else is out there compete for breaks. It's probably a better way to go than letting teams have it short.

"I was delighted for him. He's had a niggling knee injury over the last year or so, so delighted he was out there looking fresh, feeling good, feeling healthy, sunny day in Killarney and I'm sure making his mom proud and delivering a good performance in the circumstances." 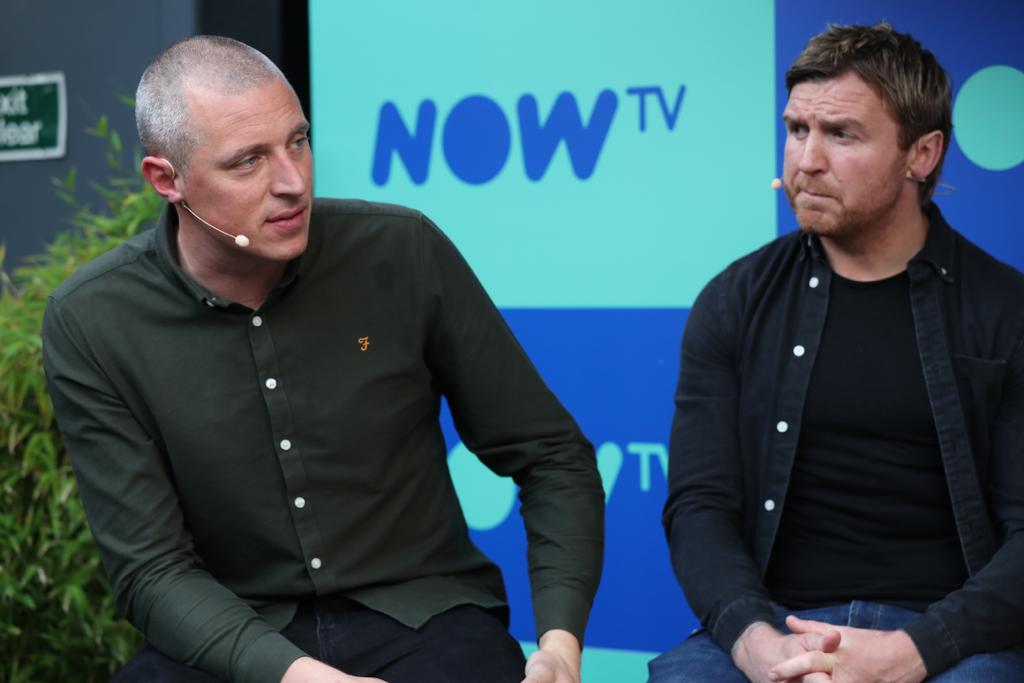 From the throw-in, as the two sets of midfielders from both Mayo and Kerry clashed, it was clear that the Kingdom pair were not going to back down.

"Dave and Adrian Spillane did set the tone the last day, Adrian got the jump ball and the Kerry crowd were out of their seats straight away and we'll have to see more of that on Sunday," said Donaghy.

Your few older fellas have to demand it off everybody else. Your manager has to demand it. The edge is very important in modern day sport.

It's only a small thing but it's an easy thing to make sure you're ready for and that you're carrying yourself in the right way and that your body language is strong. That's the way you should be starting every game.

"Your few older fellas have to demand it off everybody else," continued Donaghy.

"Your manager has to demand it. The edge is very important in modern day sport. It's only a small thing but it's an easy thing to make sure you're ready for and that you're carrying yourself in the right way and that your body language is strong. That's the way you should be starting every game.

"A lot of these younger fellas have won all the way up and their talent has been better than everybody else and they work harder than everybody else and they were the best team but when you come to senior football, the gap is closing all the time. It's more serious and it's more do or die. You've more into it, you're at a different stage in your life, you're putting more on the back burner.

"When you get your 70 minutes, you have to be in control but at the point of nearly going out of control. You have to be in that mind frame. That would have been the way I tried to attack it.

"There would have been games like the Galway game last year when we were stepped over, the Mayo league final [too]. These fellas will know it and understand it.

"Dave [Moran] did a really good job in showing his team, 'Look, I'm going to start like this and the rest of you follow me'. That has to be within all the older the guys. They have it, Paul Murphy showed a bit of it the last day, Stephen O'Brien.

"If Kerry can keep that edge and body language going for the rest of the year, backed up with all their football ability, work that they have done and will continue to do on keeping teams out of the middle and being more solid there, they have a chance to go on this summer and do something."

GAA fans can watch exclusive Sky GAA fixtures instantly and without a contract via NOW TV, the TV streaming service which gives sports lovers access to all eleven Sky Sports channels from as little as €10. For more information see www.nowtv.com

See Also: What David Moran Did Off And On The Ball Against O'Shea And Kerry's Key Man In Mayo Victory