It was a Kerry county league final between Austin Stacks and St Mary's when Kieran Donaghy realised he should keep his mouth shut around Maurice Fitzgerald.

"I played against Maurice in 2002, 2003 in a County League final in Connolly Park with Stacks," Donaghy told eir Sport, who this evening broadcast three classic Dublin vs Kerry games starting at 7pm.

Fitzgerald had been retired from the Kerry jersey for a couple of years at that stage while Donaghy was still a couple away from making his Kingdom senior debut.

"I told the manager on the Monday, 'I'm marking Maurice Fitzgerald in the middle of the field. Put [William] Kirby on somebody else'.

"I tore at him for the first 20 minutes and I was playing really well. I was going down the right sideline and the crowd were going, 'Go on, Star, take him on, take him on'. I wouldn't be a take on merchant by any means.

"I played it with my right and bounced it across him. I threw my left leg at [the ball]. This absolute rocket curled left-legged over the bar. I turned around and gave a fist pump to the crowd, jogged out and hopped off Maurice two or three times. 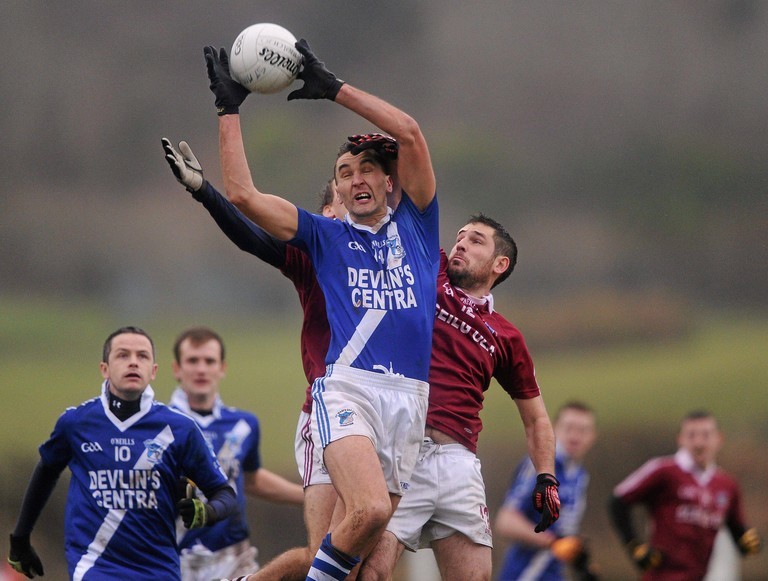 "The next kick out came from the St Mary's keeper. I was going to catch it. Maurice put his knee on my neck bone - I'll never forget it - and drove me face first into the ground.

"I heard the gasp of people as he caught it. The boys said he caught it ten feet in the air. He landed, went down the field and kicked it to Austin Constable. I picked myself off the ground and jogged back; I was thick, 'Jesus, that was a foul'.

"He got it back out from Austin Constable. I came from behind him to hit him a belt. He just stood me up, looked at the posts, and did what he did to Pat Holmes. He went to kick it with the right and I took off (dived) to block him. I ended up on the ground for the second time in ten seconds. He put it back on his left from outside the 45 and hit it over the bar.

"I was lucky to be on the same pitch as him. I quickly realised that this fella had a [hard] side to him. As the game went on, he couldn't help but get me with little elbows. The game was in the melting pot and they won by a point or two late on."

"Like Reggie Miller in the doc about the Bulls, I realised that... Don't ever talk to Maurice Fitz again" ?

A cracking Maurice Fitz story from @starryboy14 ahead of watching that point in the 2001 Kerry v Dublin quarter final tonight from 8.20pm on eir sport 1! #GAAGold #GAA pic.twitter.com/FTARg0DPp6

See Also: Vindicated 'Normal People' Goalkeeper On His Incredible Save