Crokes won the game 1-7 to 1-6. The decisive score came from substitute Callum Pearson in the 64th minute. With the four minutes of added time almost up, Kilmacud worked the ball into the full-forward line and Pearson pointed from a tight angle.

The victory completed the senior hurling and football double for Kilmacud.

For long periods of the game, it looked as though St Judes were going to win their first ever Dublin senior title. It took 22 minutes for the first score of the game to arrive. When it did, it was a goal by Judes' Alan Connolly.

The Templeogue team took a 1-1 to 0-1 lead into break, and extended that lead to five points early in the second half.

However, Kilmacud fought back and a goal from Cian O'Connor gave them the lead in the 51st minute. Judes managed to retake a one-point lead but Kilmacud scored the final two points of the match to take the win.

? It took 22 minutes for the first score of the Dublin football final to arrive. At least it was a goal.pic.twitter.com/YfTHPQym46

See Also: 'I Didn’t Think I’d Be Back This Year. Wayne Twisted My Arm' 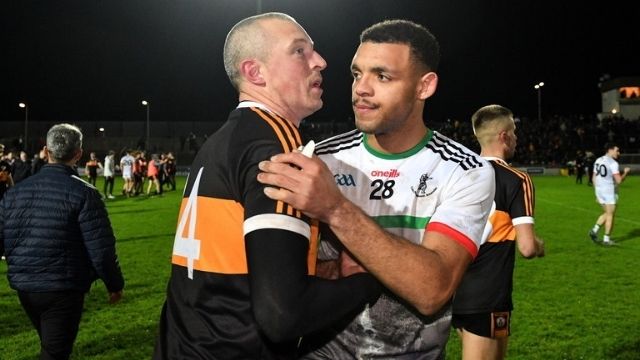 GAA
1 month ago
By Balls Team
9 Clubs Teams You'll Find In Nearly Every County
GAA
3 months ago
By Daragh Ó Conchúir
Oulart The Ballagh And Sarsfields Set For Camogie Final Rematch
GAA
3 months ago
By PJ Browne
Unexpected Mickey Moran Half-Time Talk Helped Turn Kilcoo Fortunes
Popular on Balls
Golf
3 days ago
By Gary Connaughton
Padraig Harrington Glad He Didn't Have To 'Make A Decision' On Saudi Golf League
Rugby
1 day ago
By PJ Browne
The Last Munster Team To Win Silverware: Where Are They Now?
Football
3 days ago
By Gary Connaughton
Darron Gibson Was Often Mocked By United Teammates Over Bobby Charlton Advice
Football
1 day ago
By Gary Connaughton
Paul Merson Feels Liverpool's Season Can't Be A Success If They Don't Win The League