Lee Keegan fully expects to be fit and available for Mayo's first round qualifier game against Limerick next weekend.

Keegan was injured during a collision with Tyrone's Padraig McNulty in a March National League game. It was a collision which saw McNulty receive a red card and the Mayo man suffer both a dislocated shoulder and a concussion.

"To be honest, I was in a lot of pain at the time," Keegan said at the launch of Super Valu's Behind The Ball Campaign.

"Right before I hit the ground the shoulder had already been dislocated so that was definitely the most uncomfortable thing I had in a long time, to be honest.

"Thank God there was a lot of gas around so it eased the pain quite a bit. It was a real tough tackle and unfortunately I didn’t see it coming which probably made it worse. I could have tried something to protect myself a bit more but the way it worked out I was wide open there to be hit and I got absolutely crucified.

“It was my first time doing the shoulder and hopefully the last time. I used to think a shoulder wouldn’t be the worst injury, I can definitely tell you it is one of the worst. From a Gaelic point of view, it literally limits you in everything because you need it for everything. I don't want it to happen again to be brutally honest."

Keegan went under the knife on the Friday following the game. There was talk of him playing in the Connacht quarter-final against Galway but the game came four weeks too soon. Robbie Henshaw's rapid return to action for Leinster after suffering the same injury during the Six Nations fuelled a lot that talk in Mayo. Playing would have been too much of a risk, another setback could have put him out to action for the remainder of the championship.

Robbie had 12 weeks and is a professional, whereas I have my work life, my family life and my sporting life and trying to get back playing.

That kind of screwed me at the time. He was doing miracles and I was doing nothing really. I suppose Mayo love that inkling of when something’s going to happen they’ll talk about it in any capacity. We just made the decision the Sunday before that there was now way we were going to risk it.

If you’re marking the likes of Damien Comer and these guys who are physically big and the way they play the game if I got one bad knock, I would have put the guys in jeopardy by making an early sub or the year could be over for myself. There’s no point trying to be a hero at this point of the year. There's always the bigger picture.

With Tom Parsons out injured, Keegan would be open to playing a midfield for Mayo. Having played there against Roscommon last season and regularly for his club, it's a role which would not be alien to the 28-year-old.

"In our position, in the middle third, it's become very like a rugby area. It's all impact, it's all tackling - it's a kill or be killed zone. 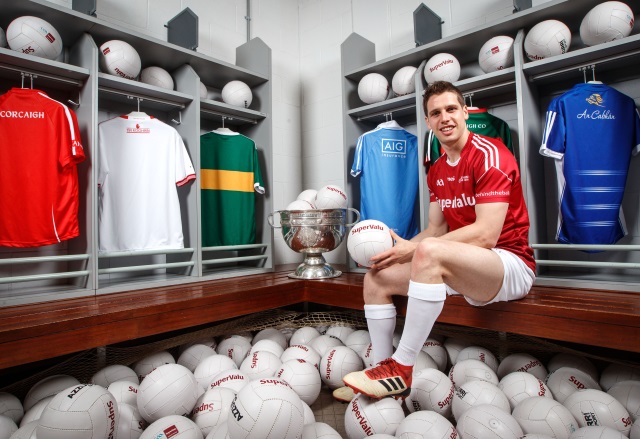 Two years ago, during the opening round of the National League against Cork, Keegan suffered a concussion after a collision with Eoin Cadogan.  He's conscious of the impact such an injury can have on life beyond the football pitch.

"I suppose the big one is concussion. You have to be very careful around head injuries. You want to have some quality of life when you finish football in terms of having a family and being able to enjoy life.

"It definitely has an impact and even for work capacity, missing a lot of time from work, because these injuries take time to heal. I'm very lucky that I have a good work environment where they're very understanding and give me that time. They give me that space where they know I need to recover and get myself right.

"There is that element of when you finish football how crippled are you going to be? It's not nice to think about sometimes because again, you go out the next day and like Tom Parsons, you could have one of the worst injuries you can possibly get. That's the unfortunate side of it but if you think about that everytime you life, there would be no playing sport. It's just what we're involved in."

Now in its ninth year as sponsor of the GAA All Ireland Senior Football Championships, SuperValu is once again getting #BehindTheBall this summer. Ireland’s number one retailer is set to embark on an ambitious nationwide campaign to combat the lack of exercise amongst Ireland’s families through several initiatives including SuperValu’s Take Ten – a campaign that encourages families to take ten-minute bursts of daily exercise and get behind the ball. SuperValu will also continue its campaign to get children playing football by placing a GAA football into the hands of 55,000 children around the country bringing the total number of footballs donated to children by SuperValu to 110,000 by the end of 2018.

See Also: 'Josh Van Der Flier Got The Operation The Same Day. I've Been Tick-Tacking With Him'