Liam Silke went to Kevin Walsh with his mind made up. "He didn't have much hope of trying to sway me. He's understanding and he knows where I'm coming from," discloses the Galway footballer.

Rather than line out with his county this summer - one where they look like real championship contenders - Silke is heading for Boston with his girlfriend and a few other friends.

"He'd obviously like me to still be involved, but when I had my mind made up there wasn't much he could do about it."

It was really this year or never for Silke to pick up a few air miles. The 23-year-old is doing a postgrad in medicine at UCD. The nature of the course means this will be his only summer free for travel. It had to be seized.

By St. Patrick's Day, Silke had already bulked up his medal collection. He won the Sigerson Cup with UCD and an All-Ireland club football title with Corofin. There is also the personal honour of being the inaugural AIB Club Footballer of the Year.

Concerns other than football are now on his mind - he's got six exams in five days next month. The study required means he will not be making the trip to New York with his Corofin teammates this week. That's a trip which includes a game to help New York warm-up for their Connacht Championship opener against Leitrim. 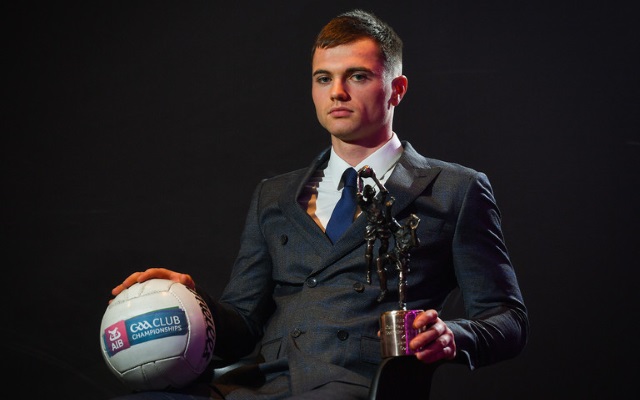 Apart from exam time, Silke has not found the demands of being a busy footballer and also a medical student too strenuous. Though, if he could study in Galway rather than Dublin, it would make life a bit easier.

The travel is a bit of a factor. You have the motorway straight to Galway, you're there in two hours and a bit so it's just something you need to get over and not think about travelling too much, just take it one journey at a time.

It's a lot of work, especially coming up to exam time but there's plenty of hours in the day, I haven't found it too much of a problem so far. It's just about getting the times right and knowing when to focus on football and when to focus on study.

If it's what you want to do, you're going to put the work into it and put in the effort. That's just how I view it and I think I'm well able to balance both of them.

There's lots that have done it already like Jack McCaffrey and Michael Fitzsimons so there's nobody saying you can't do it it's just about being willing to.

Exactly which route he will take in medicine, Silke isn't sure. Still just a first year student, he has ample time to decide.

"I presume once I get into the hospitals I'll get more of an idea and judge better what I like and what I don't like.

Silke will be back playing with Galway next season. Boston - where he hopes to play a bit of football - is just a sojourn. "I still want to play for Galway, I love playing for Galway. That's not going to change."

Though, it is a break the defender feels he needed, one which should help top up his well of enthusiasm for the seasons ahead. Corofin's success over recent years has meant little time off from football.

"The way it is, the last five years I've been on the go non-stop, going from club to county.

"Obviously, it's only a select few who are in that position or have that problem because there are only eight or so clubs going onto that stage of the year. But there still needs to be some divide put in place and something needs to be done to rectify the problem because it's not really fair on players.

"Let's say this year, I started picking up hamstring injuries in September. I got about three of them in one month. I'm not sure if that's a factor or not but you would definitely feel like you need a break because you've just been on the go for so long.

"If I went back with Galway, I would have been in about a week or two weeks just going back doing hard running and it's hard to get into the mindset of that especially after so many years in-a-row of it.

"Not really physically burnt out, just more mentally that you need the break I think."

AIB present Corofin’s Liam Silke with the 2017/2018 AIB GAA Club Footballer of the Year award. AIB and The GAA honoured 30 players on Saturday evening at the inaugural AIB GAA Club Player Football and Hurling Teams of the Year. The awards ceremony was the first of its kind in the club championship to recognise the top performing club players and to celebrate their hard work, commitment and individual achievements at a national level. For exclusive content and to see why AIB are backing Club and County follow us @AIB_GAA on Twitter, Instagram, Snapchat, Facebook and AIB.ie/GAA. Photo by Eóin Noonan/Sportsfile

GAA
7 months ago
By Dylan Ryan
'I Don't Know What The Future Holds For Me, It Might Be My Last Time In Croke Park'
6

GAA
1 month ago
By PJ Browne
'It's Not All About Winning Underage. It's About Building Players And People'
GAA
7 months ago
By Dylan Ryan
'I Don't Know What The Future Holds For Me, It Might Be My Last Time In Croke Park'
GAA
8 months ago
By PJ Browne
'We've Nailed It Now And We Are The Greatest Club In History'
Popular on Balls
The Rewind
17 hours ago
By Paul Moore
Netflix's Gripping New True Crime Documentary Series Looks Like It's Going To Hook Viewers
9