Should he sign with the Geelong Cats, Oisín Mullin will have a couple of friendly Irish faces to greet him at the AFL club.

Kerryman Mark O'Connor joined Geelong in 2016, and is now well-established as a first-team player. Laoisman Zach Tuohy, now more than a decade into his Aussie rules career, is also at the club.

The42.ie reported last week that 2020 Young Footballer of the Year Mullin has agreed to sign with Geelong as a category B rookie.

"He was a very impressive player. We'd be more than happy to see him out there.

"A rookie is someone who is not on the senior list but is eligible to play. A rookie's salary is outside the salary cap of the club.

"A category b rookie means that you've come from a different sport. That's what the Irish boys who go over are. There might be basketballers [as well] and whatever else."

O'Connor made his debut for Geelong in 2017 and has since become part of the player leadership group.

"The leadership group is a link between the players and coaches and the organisation itself," he said.

"Information is fed through us quite a bit. We work through different issues. The average is a bit older. It's mainly the experienced guys, the guys who've seen it all before.

"The idea bringing me in was that I was a link between the younger guys and the older guys. It just made it a more rounded group. I probably add that element into the playing group's point of view and we go forward to the coaches with any issues. I suppose having a younger person in there just helps."

O'Connor is not the only Dingle clubman in the AFL. Deividas Uosis was snapped up by the Brisbane Lions last year.

"It's gas," said O'Connor, who will train with Uosis while both are back home in Kerry.

"I don't know if it's happened before that two from the same club, especially a smaller club like Dingle, ended up on the other side of the world.

"I messaged him there to go for a kick next week once I have my running programme back in place, and I see him back in the gym as well. He seems to be going really well. 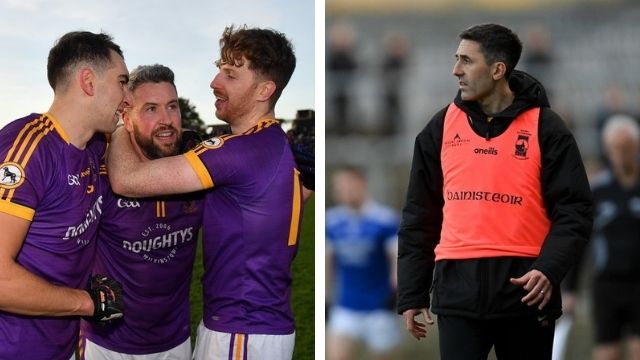