Geelong Cats coach Matthew Knights has praised Mark O'Connor for his part in their side's one-point victory over Brisbane Lions on Friday.

The Kerryman was tasked with tagging 2020 Brownlow medallist Lachie Neale in the game. The medal is awarded every season to the AFL's best player.

In what was a novel role for him, O'Connor restricted Neale to just 16 disposals. It was Neale's third lowest total of the past five seasons.

"We were confident he’d do a good job on the ground because he’s played on dangerous small forwards a lot in the last two or three years," said Cats midfield coach Knights, who referred to O'Connor as 'Merrick'.

"There's not many bigger tasks than the Brownlow medallist. We thought he did a wonderful job.

"Neale still got some disposals at times but I thought Merrick made it really different for him when he did get the ball."

O'Connor captained the Kerry minors to the 2015 All-Ireland title before signing for Geelong in 2016.

"He's got a couple of good assets that allow him to play on good players," continued Knights.

"He kicked a lovely ball inside the 50 to Tom Hawkins and got involved in a couple of nice handball chains. If he can do that as well as stop an opposition player, it's a great tonic for us.

"It was a match committee decision to give him an opportunity to do it. A part of that is that he would have had to come out of the back half, which is always a bit of a give and take situation."

After missing the opening game of the season due to injury, Laoisman Zach Tuohy returned to action for Geelong against Brisbane, kicking two goals.

Pete McGrath: 'There Was A Surreal Atmosphere. The Match Was Going On, The Crowd Was Mute' 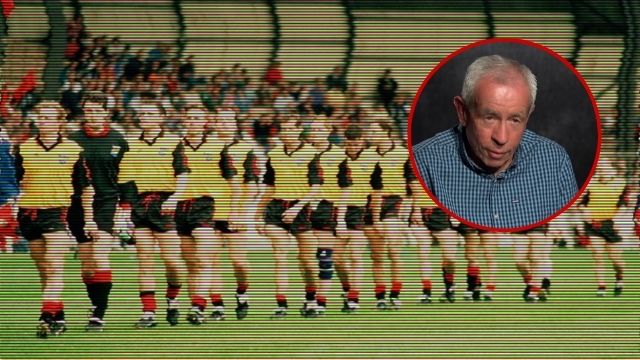